The pandemic was considered to be the tipping point for Bitcoin, however, after hitting a high of $12k in August, Bitcoin’s price has kept retail traders on their toes. Based on the market cycle of Bitcoin, we are in an accumulation phase and the price may drive higher in the next few weeks, however, the institutional and retail traders’ reaction has a high influence on it.

When you run with the rocket gifs, bullish tweets, and headlines like – Bitcoin will hit $400000, you know it. You know you are past the tipping point, maybe heading towards another! There’s enough pressure on retail traders from the uncertainty and the volatility in the crypto market. It’s like you either go big or go home.

Bitcoin’s price is up 7.2% in a week and 10% in 30 days. With this big leap, there are mixed reactions on crypto twitter. 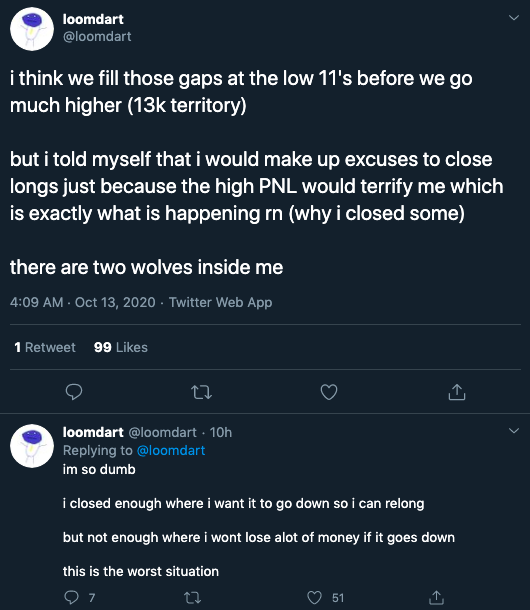 Holding on to longs for a bit longer comes with its own risks. Bitcoins 60-day volatility is currently at 5.04%, a month ago it was 10.9%. 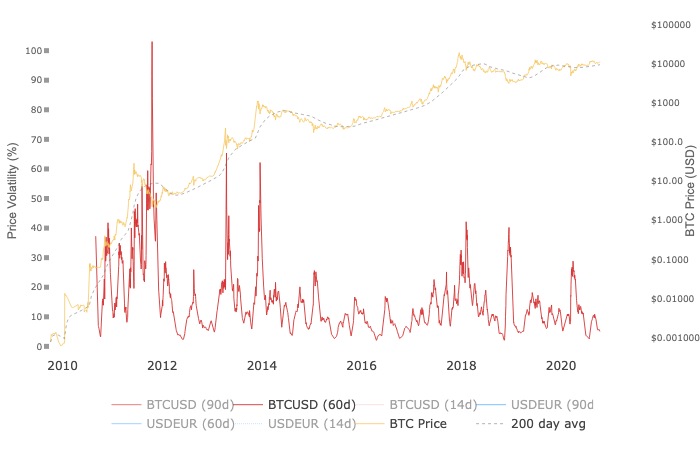 Based on data from Bitcoin’s 60-day chart, it takes less than 30 days for volatility to double or drop to less than half. Currently, the price is above the 200-day moving average and Mayer Multiple is at it’s lowest. However, this may change overnight, if inflow to exchanges increases through mining pools or whales. When the price crossed $10k, 83% HODLers were sitting on unrealized profits, at $11.4k 89% have unrealized profits.

In such a volatile environment, a conformist may keep going, while a contrarian may decide to book profits before diving in again. Scalp and swing traders live @devchart are the latter lot. 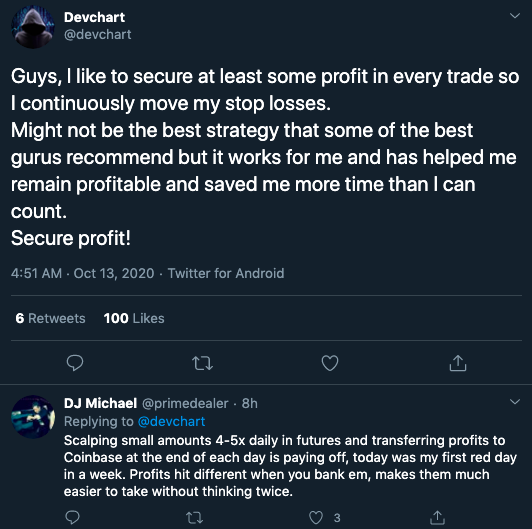 The risk-reward is skewed in Bitcoin, however, trading in alts may be more rewarding. Every alt-rally ever has a single altcoin taking the lead and that’s where most profits are booked. In 2017’s historic bull-run it was XRP and this time around, possible contenders are Chainlink (LINK) and Cardano (ADA). LINK is up 22.2% in one week and ADA followed closely at 16.32%. 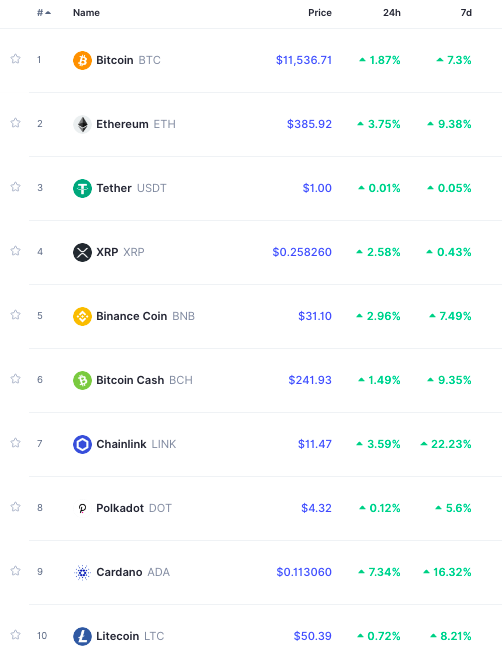 If opening new positions on Bitcoin is too stressful, altcoins with double-digit returns could possibly be the next best bet. XRP rallied from $0.25 to an ATH of $3.84. This price hike of 1400% may be mirrored in the next rally. LINK, ADA, and ETH continue climbing up, and based on 24-hour returns DOT, XRP may emerge as competitors in the following weeks.