The price of Bitcoin this week steadily declined from $11,800 to $11,500, a downward shift of roughly three percent. At press time, Bitcoin appeared to be moving back up.

In other words, there wasn’t a lot going on this week for Bitcoin–however, that could be a good thing.

After Bitcoin’s big push from roughly $9000 to levels above $11,000 at the end of July, there has been a month of relative calm as Bitcoin has settled into its new position–although a few pushes above $12,000 over the course of the last month have caused quite a bit of excitement.

For now, though, the markets are calm, and traders are keen for the next move. Daniel Polotsky, chief executive of CoinFlip, told Finance Magnates that indeed, “the most significant price movement this week was Bitcoin because it has not made any substantial significant price shifts.” 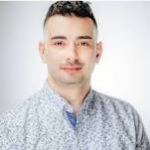 “We can see that altcoins are waiting for Bitcoin to make a move due to less volatility as Bitcoin slowed down,” he said. “This tells us Bitcoin is still undeniably the king of cryptocurrencies, even as retail investors are looking into slicker, faster blockchains.”

Why is there such a lack of volatility in Bitcoin markets?

Marie Tatibouet, chief marketing officer at Gate.io, told Finance Magnates that one of the factors that could be at play in the current Bitcoin market is the fact that investors could be holding onto their coins in hopes of higher returns down the road.

“At this moment, the market sentiment seems to be greed,” she said.

However, hodlers hoping for higher returns may be out of luck in the short term: “fundamentally, this week’s highlight is BTC’s breakdown from the $11,800 – $11,900 range, which is crucial in order to maintain the bullish uptrend.”

As Bitcoin continues to rise as an anti-inflationary hedge, upward price movements could continue in the long term

Still, nothing is set in stone: “with another breakout though, we could witness a new high in Q4,” she said.

After all, “in the last few months, the bitcoin price rose by almost 30%,” Marie explained. Part of this could be driven by an increased perception of Bitcoin as a “safe haven” asset. 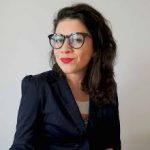 “This could be Bitcoin acting as a potential hedge against inflation, similar to gold,” Marie said, a factor that could be evidenced by the fact that “Bitcoin and gold reached a correlation of 70% for the first time in August.”

“Fading dollar value and gold correlation are some critical factors that are affecting the Bitcoin price,” she continued. “I believe the more substantial Bitcoin’s correlations are with traditional markets, the easier it is for Bitcoin to keep thriving.”

Tyler and Cameron Winklevoss, the twin founders of the Gemini crypto exchange, made a similar point in a report published Friday, August 28th entitled “The Case for $500k Bitcoin.”

The U.S. dollar is no longer a reliable store of value. @winklevoss and I make the case for $500K #Bitcoinhttps://t.co/scnBM5DcIn pic.twitter.com/0ehHOy29T6

“We believe there are fundamental problems with gold, oil, and the U.S. dollar as stores of value going forward,” the report said. “…Bitcoin is ultimately the only long-term protection against inflation.”

Renowned Bitcoin market analyst recently wrote on Twitter that “while the longer time frame on-chain structure is bullish, we are seeing a large number of coins being moved on-chain, which usually means a reversal of direction”–in other words, Bitcoin could be in for a short-term drop.

“We just peaked in coins moving, last move was bullish, suggests next move is bearish,” he wrote.

While the longer time frame on-chain structure is bullish, we are seeing a large number of coins being moved on-chain, which usually means a reversal of direction, we just peaked in coins moving, last move was bullish, suggests next move is bearish. pic.twitter.com/FYrklQxhhY

This pullback could echo altcoin markets: “BTC pulls back. Alts pull back more. BTC dominance increases,” he wrote. “Trade with care if you’re in alts for the next few weeks.”

What do you think about Bitcoin’s movements this week? Where is it headed next? Let us know in the comments below.