Saturday, Aug. 3 — the top 20 cryptocurrencies are reporting mixed movements on the day by press time, as Bitcoin (BTC) broke the $10,750 mark again. 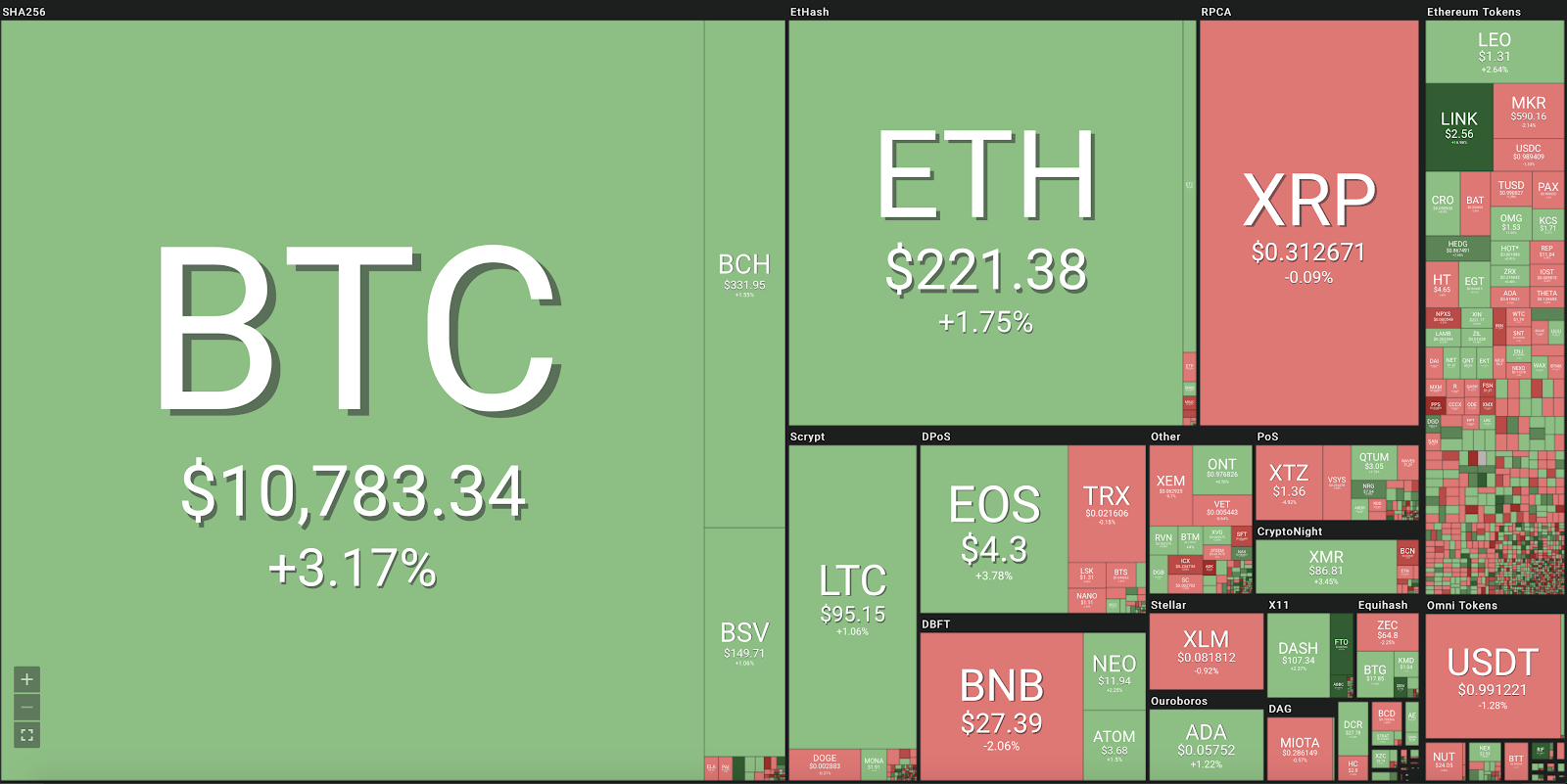 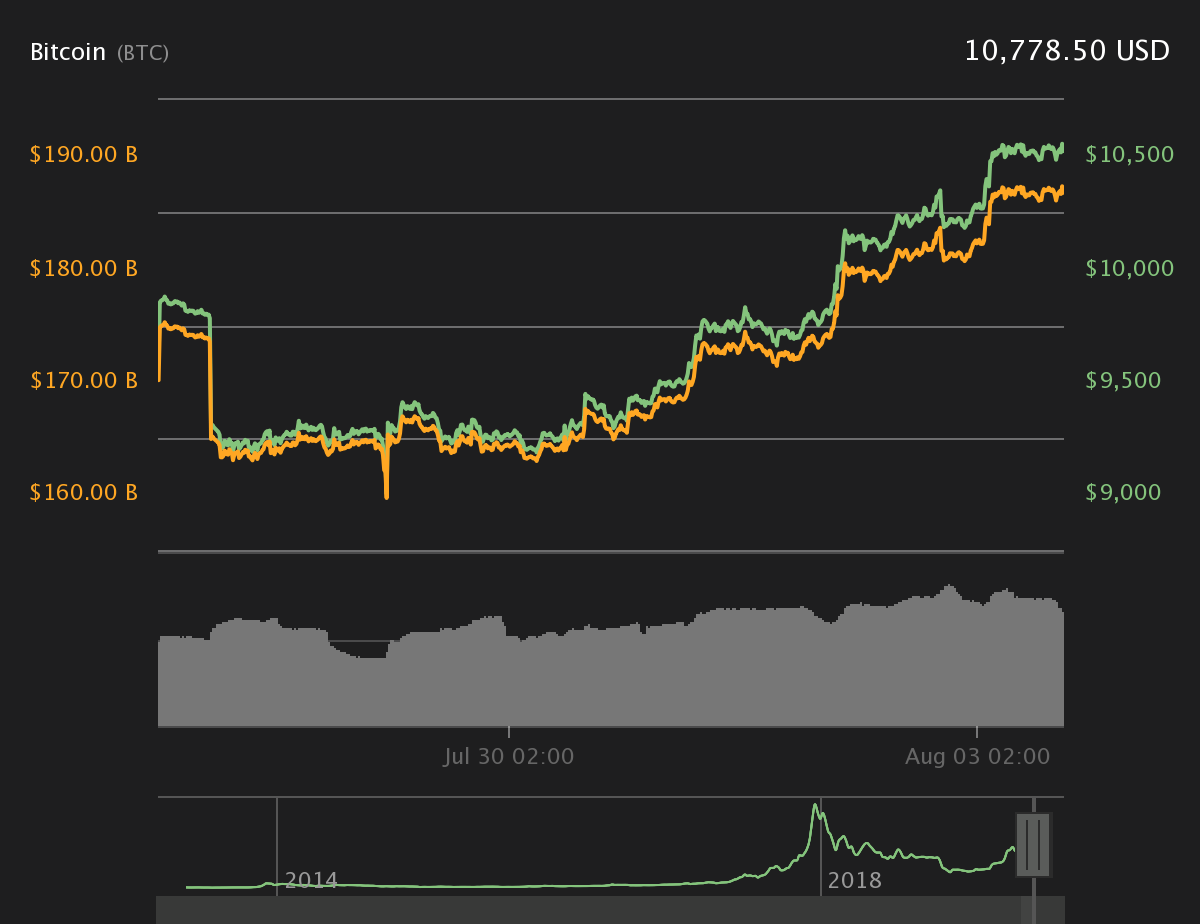 As Cointelegraph reported yesterday, Ethereum co-founder Vitalik Buterin said that the future of crypto is pluralist in response to a recent proposal of mixing Bitcoin Lightning Network with Ethereum.

Ether (ETH) is holding onto its position as the largest altcoin by market cap, which currently stands at $23.5 billion. The second-largest altcoin, Ripple’s XRP, has a market cap of $13.1 billion at press time. 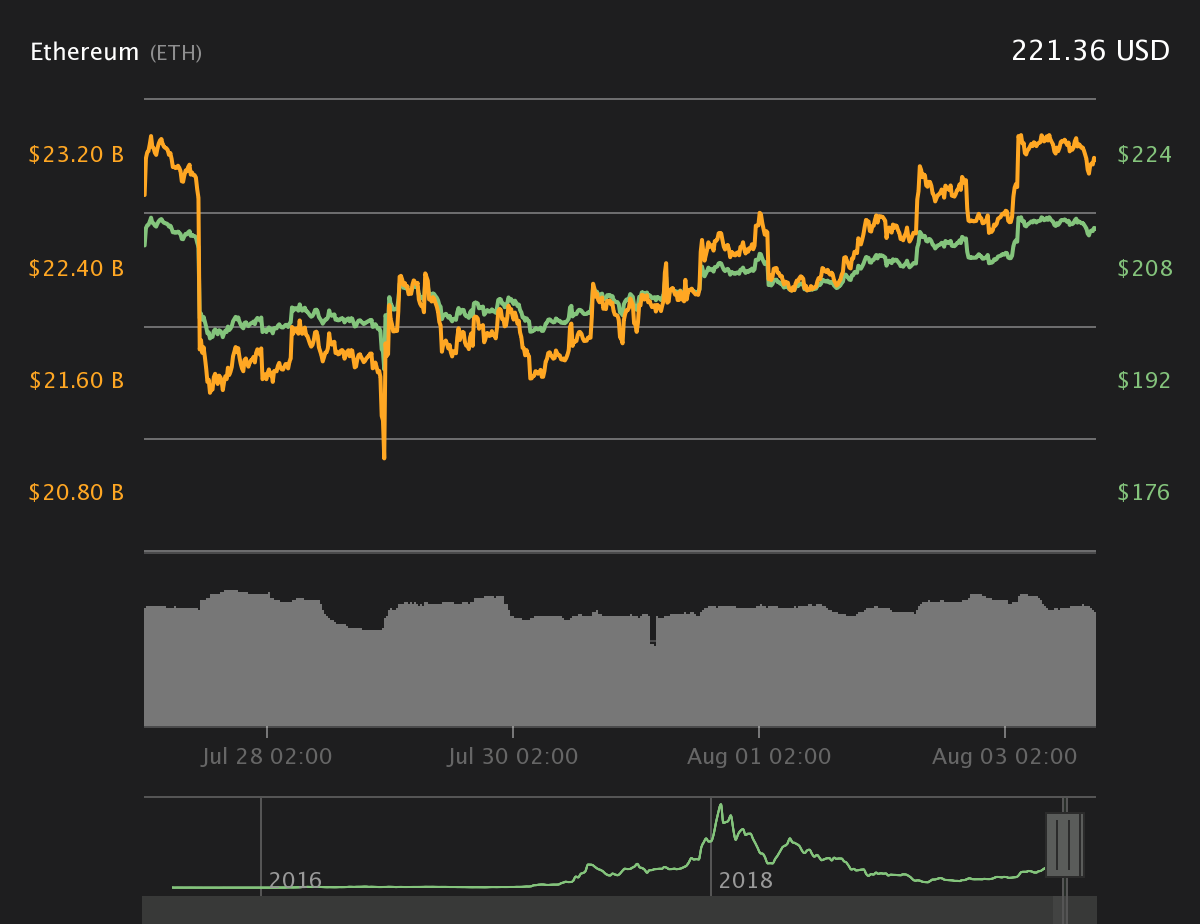 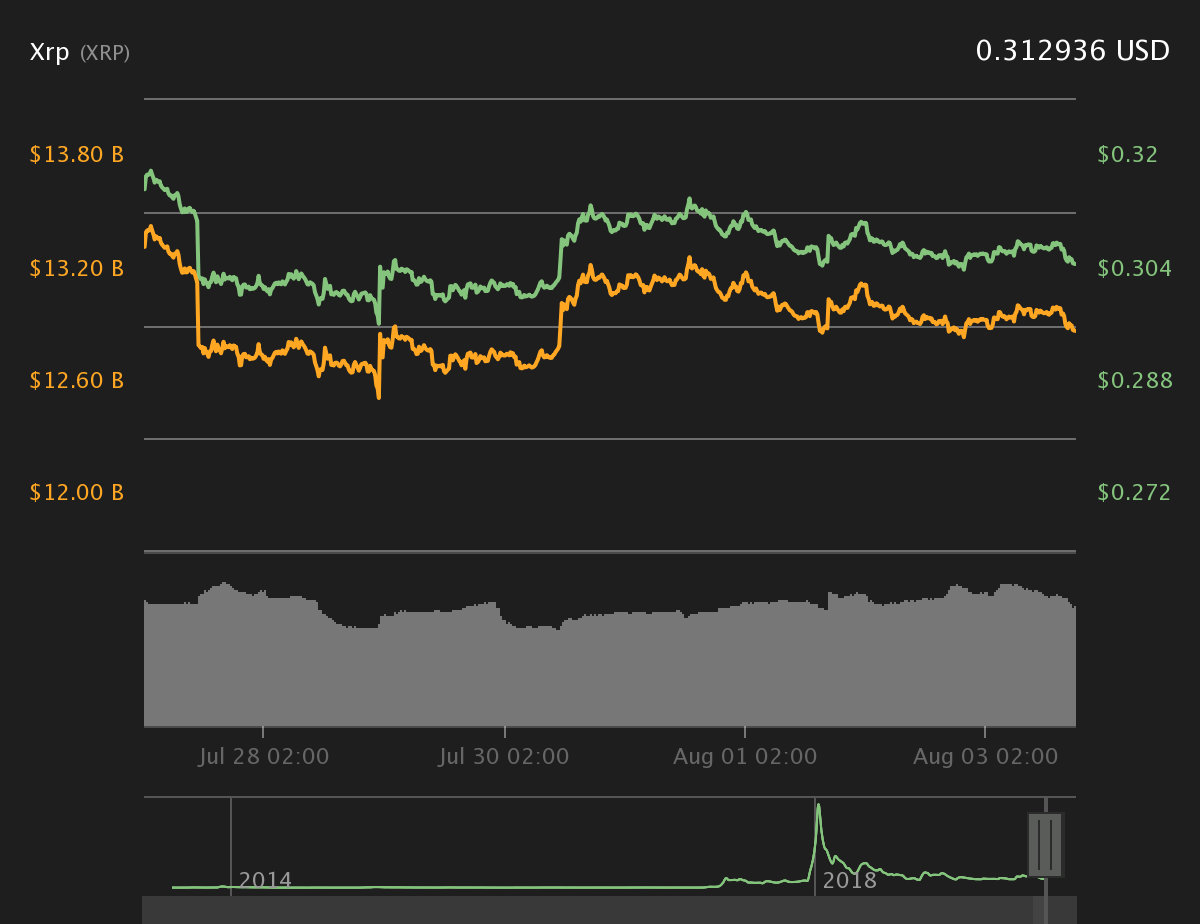 At press time, the total market capitalization of all cryptocurrencies is $290.5 billion, about 10.8% lower than the value it reported a week ago.