Bitcoin price (BTC) stayed bounced back above $8,000 on Sept. 27, the day when over 50% of open interest in Bitcoin options is set to expire.

The lackluster performance continued a week of misery for Bitcoin traders, who saw the largest cryptocurrency shed a total of 21% since the previous weekend. 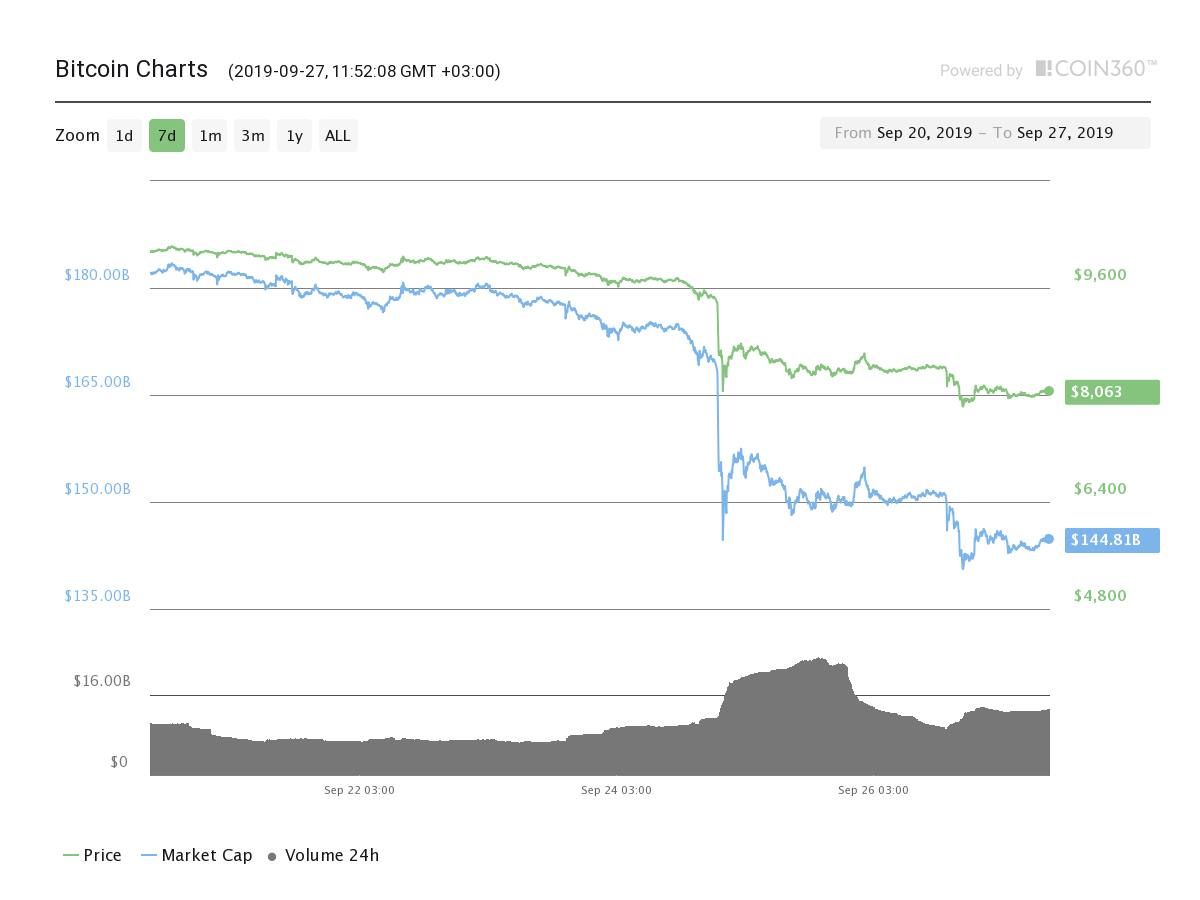 As Cointelegraph reported, such events have historically exerted downward pressure on the Bitcoin price.

In response to a survey, the roughly 600 accounts appeared evenly split between the settlement being a bearish or bullish trigger for Bitcoin.

Van de Poppe was relieved that markets bounced off the $7,500 area, but warned a higher close was necessary to avert further trouble.

“Really need to get back above $8,200 here, but got a bounce from the 100-Week MA & a potential slight bullish divergence on the hourly,” he summarized Thursday evening.

Not everyone is concerned. While $8,000 marks Bitcoin’s lowest since mid-June, Bitcoin price remains on track to new all-time highs, according to a proven accurate model based on its stock-to-flow ratio.

Altcoins meanwhile managed to stave off major losses as Bitcoin fell. Many of the top twenty tokens by market cap in fact shed less than Bitcoin over the past 24 hours. 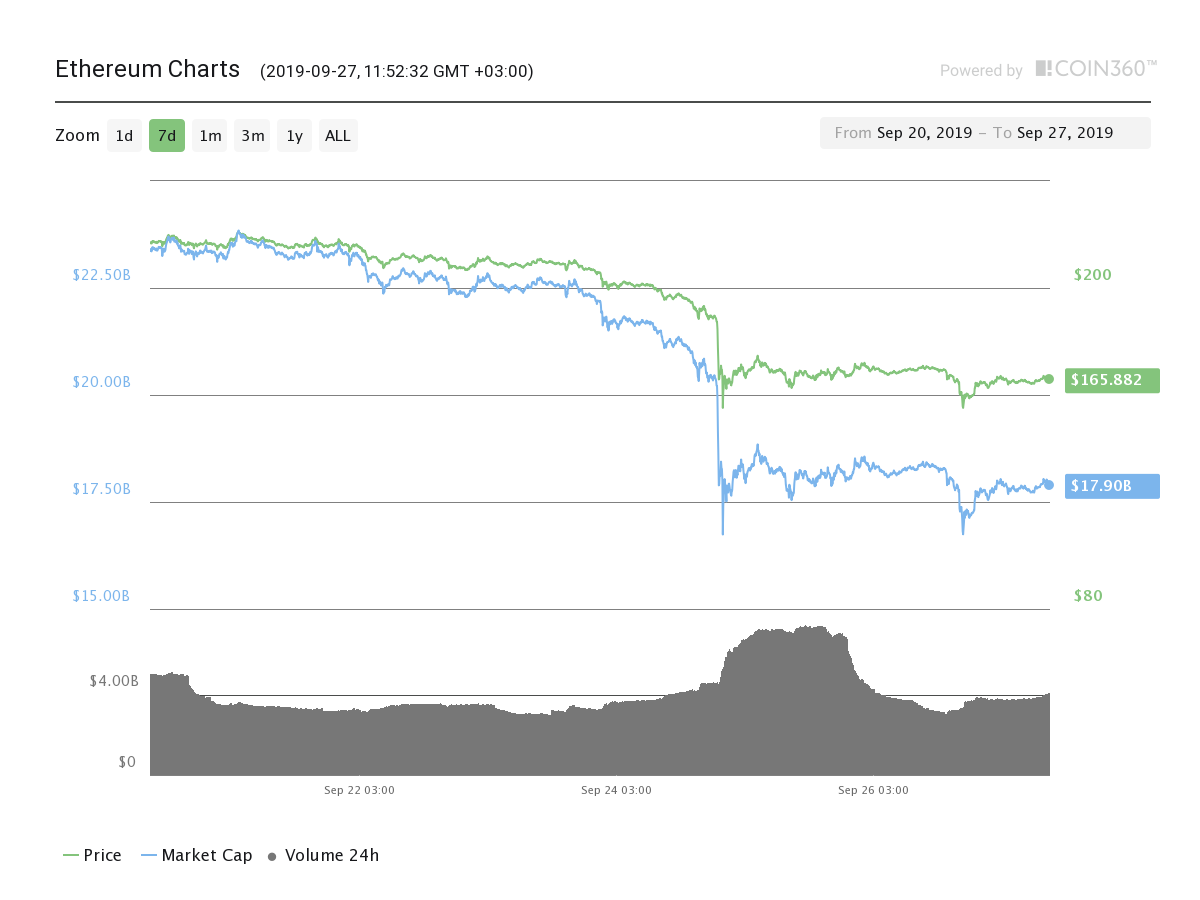 The overall cryptocurrency market cap was $214 billion, $7 billion lower than the day previously and at its lowest level since early May.