The cryptocurrency industry has not been attracting many new investors since April this year, so cryptocurrency projects now do not have the much-needed momentum to push up crypto prices. Traders and investors should expect the current bear market cycle to last for some more days or weeks because on-chain data shows that additional accumulation is needed for the crypto prices to gain the required momentum for a sustained upward trend, notes analysts from Glassnode.

The analysts say that the drop in the number of new entrant investors and traders, especially in Bitcoin, is evidenced by a decline in the monthly average of new wallet addresses as one of the basic metrics that can be used to measure demand. This monthly average is currently lower than the yearly average, as seen in the below chart. 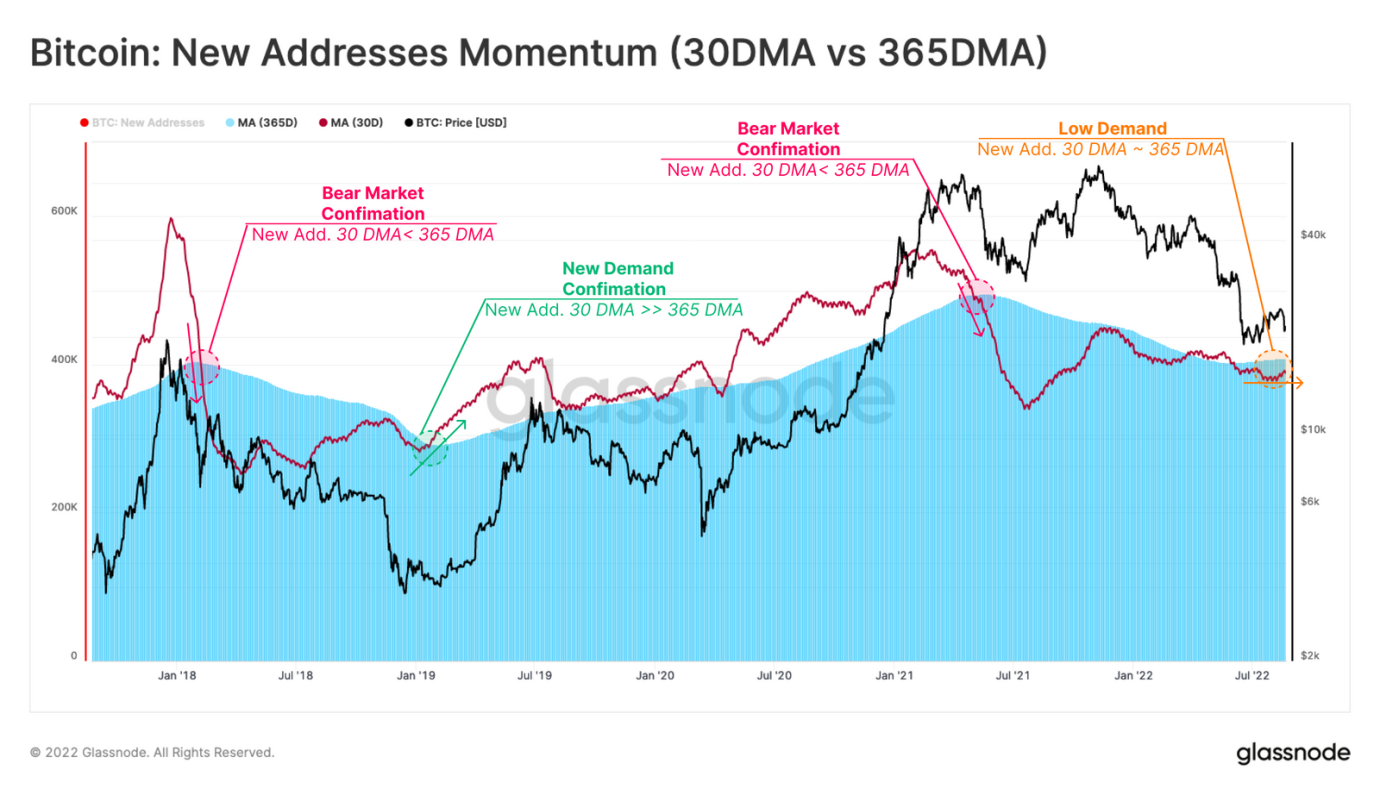 According to them, a drop in the number of new addresses lowers the demand directly while supply remains pretty the same.

“The recent price uptrend also failed to attract a significant wave of new active users, which is particularly noticeable among retail investors and speculators. The monthly momentum of exchange flows is also not suggesting a new wave of investors entering the market, implying a lackluster influx of capital.”

The spike in monthly average above the yearly average has historically signalled an uptick in market demand and prices, they write.

“Exchange flows have now declined to multi-year lows, returning to late-2020 levels. Similar to the retail investor volumes, this suggests a general lack of speculative interest in the asset persists.”

Bitcoin has struggled to trade above $22,500 for over two months since falling off the $30,000 cliff on June 10 this year. Many other analysts agree that the current is a possible bear cycle bottom phase. However, it is not clear when the phase could end. The same applies to Ethereum and most of the other top ten cryptocurrencies.

The analysts noted that the current market cycle resembles the bottom formation cycle experienced in 2018-2019. During that phase, Bitcoin traded below the Realized Price of $4,600 for 140 days. Hence, it is reasonable for traders and investors to expect the prevailing bear market – which has lasted only 36 days so far – to last longer. Bitcoin spot price is below the Realized Price of $21,300. 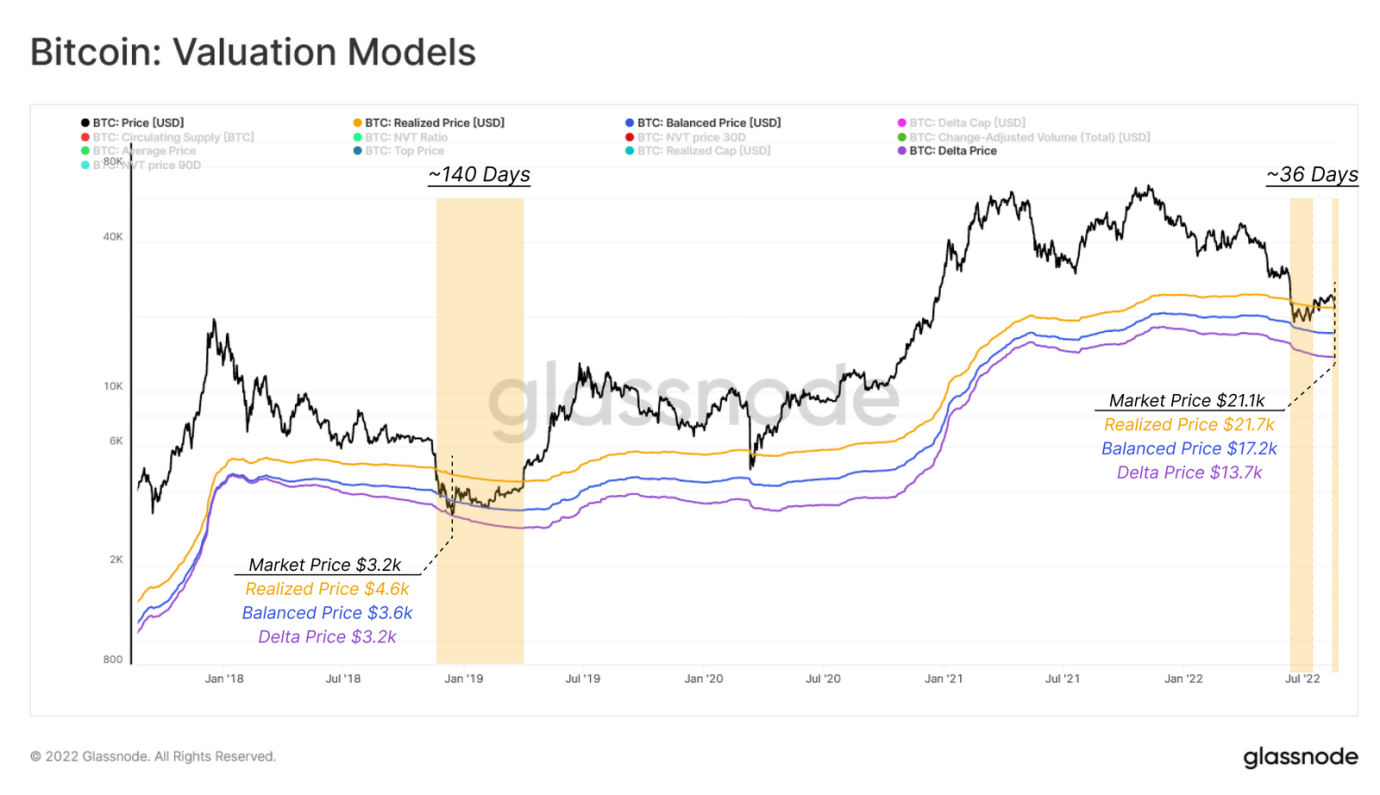