Since the start of the coronavirus pandemic, assets, bonds, stocks, and fiat currencies across the world have dropped substantially in value. But as the crisis deepens, people from different generations are starting to realize the true value of Bitcoin.

Robert Kiyosaki, the author of international bestseller ‘Rich Dad, Poor Dad’ has promoted Bitcoin for two days in a row on Twitter.

Robert called Bitcoin the “people’s money” on April 1 on Twitter. He restated it again today that people should “save gold — god’s money or Bitcoin — people’s money” due to rampant money printing reducing the value of US dollars. 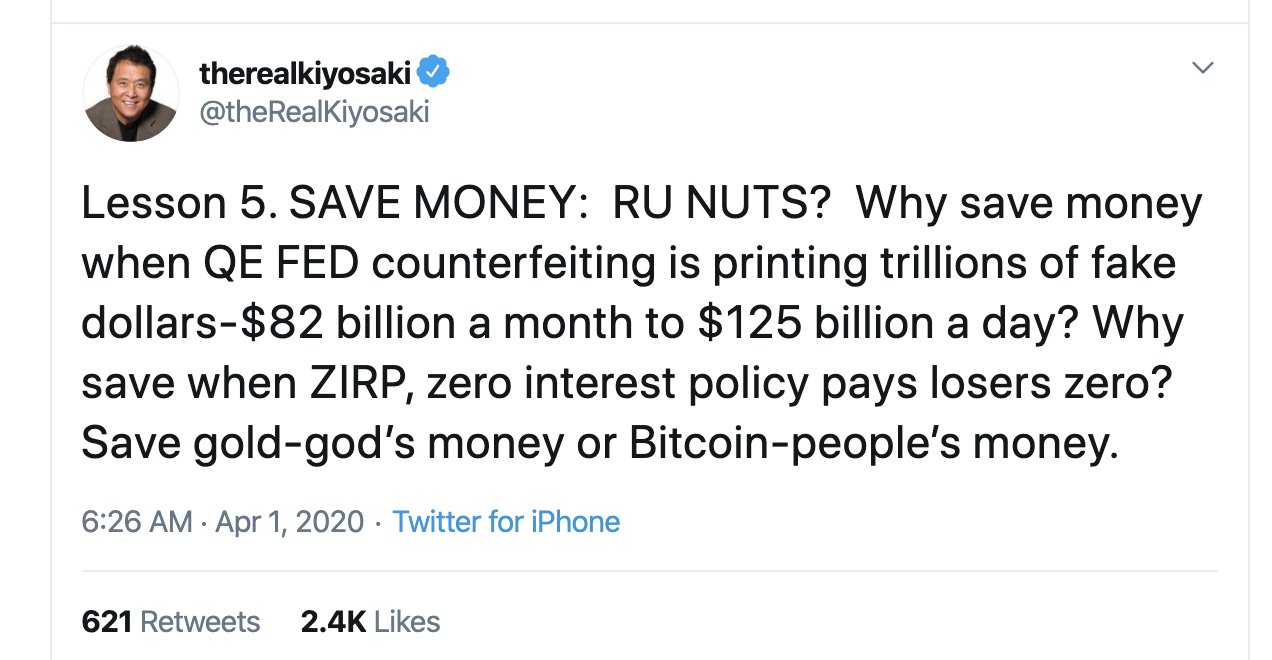 The tweets went viral among the crypto community, with many thanking Robert for raising awareness about what Bitcoin stands for. This led some to point out how different generations could respond to the current crisis, with one person saying:

Bitcoin is the new norm

Sylvain Saurel, editor of In Bitcoin We trust, agrees that generations Y and Z are the most likely to have a positive opinion of Bitcoin. In a blog for The Startup this week, he pointed out that millennials feel a deep “sense of liberation” regarding Bitcoin.

Sylvain believes that Gen Z are more likely to view payments made via smartphone as the norm, and will use Bitcoin without even thinking about it. He wrote:

“Those who will be curious to find out what the current monetary and financial system was like will be shocked.They will wonder how previous generations were able to accept the fact that a few people systematically decided to devalue what the majority of people owned.”