Crypto exchange Binance.US announced listing of Uniswap (UNI) token, which is used for governance actions in the Uniswap protocol, a decentralized automated liquidity protocol built on Ethereum. The exchange further announced that  UNI tokens will be available in the UNI/USD and UNI/USDT trading pairs with deposits going live from today.

Prior to Binance U.S’ listing announcement, another leading crypto exchange, Coinbase Pro listed UNI with trading beginning from today in the UNI/USD pair. The announcement from Coinbase Pro came in after the Uniswap Protocol governance token, launched on the Ethereum mainnet yesterday.

This would be the first time Coinbase Pro listed a DeFi protocol governance token immediately after its launch, however, Coinbase has not yet announced whether the retail-oriented platform would list UNI as well.

Uniswap UNI coin which is worth around $3 at the time of writing reached its all-time high today at approximately $4 according to data from coin gecko as seen in the image below: 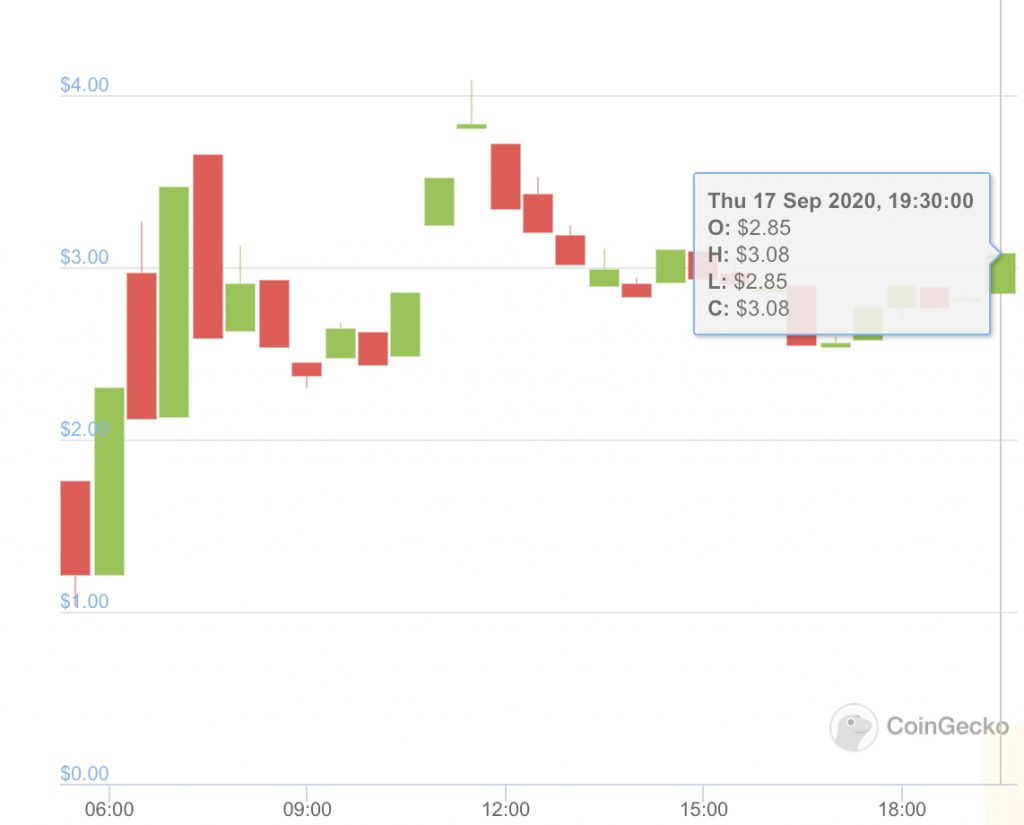 Meanwhile, Uniswap had announced yesterday that it would issue a billion UNI tokens to its community including the founders, over the next four years. The token which will be used for on-chain governance decisions will allow users to run protocols and may help prevent liquidity flowing to Uniswap’s competitor, SushiSwap.

The $US100b chocolate industry’s child labour problem is getting worse