Bentley University Students Can Pay for Tuition with Crypto 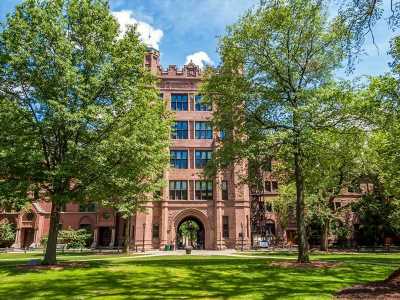 Bentley University – a private higher education institution in Massachusetts – has announced that it’s going to start allowing students to pay for their tuition with cryptocurrencies like bitcoin.

Bentley University is at the forefront in preparing business leaders with the skills and knowledge to succeed in the changing world economy. We’re proud to embrace this technology that our students are learning about, which will soon transform the global business landscape they’re about to enter.

The move is pushing the goals of bitcoin and its digital counterparts closer to being achieved. What many people likely forget is that while bitcoin and many of its crypto cousins have taken on either speculative or even hedge-like statuses in recent years, many of them were initially designed to serve as payment tools. They were built to push checks, credit cards, and fiat currencies to the side, but this has been a relatively slow journey given the volatility that continues to drag them down.

It is extremely hard to understand when bitcoin and its crypto family will go up or down when it comes to their prices. Many stores and companies have been reluctant to say “yes” when it comes to accepting crypto payments for this reason, and to a degree, we can’t blame them.

Consider the following scenario: someone walks into a store and buys $50 worth of merchandise with bitcoin. For one reason or another, the store doesn’t trade the BTC into fiat right away and about 24 hours go by. From there, the price of BTC goes down and that $50 becomes $40. The customer gets to keep everything he or she bought, but the store has lost money in the end. Is this a fair situation? Not everyone thinks so.

That’s what makes enterprises like Bentley University so important. They understand the initial purposes of bitcoin and digital currencies and are trying to transform them into usable tools that everyday people can benefit from.

Alex Kim – one of Bentley’s many technology students – says he was an early adopter of crypto. He’s been into it for many years, having first invested in BTC when he was in high school. While a student at the university, he began what’s called the Bentley Blockchain Association, which has since expanded to include more than 250 other students in just a few months.

Students have a real interest in knowing more about blockchain, decentralized finance and cryptocurrency investments. These technologies are influencing the industries where they will be working.

Working Harder for Crypto and NFTs

Kim is presently set to be a speaker at this year’s NFT.NYC conference, a leading annual event devoted to the development and understanding of non-fungible tokens.