To put it lightly, it has been a wild year for the crypto sector.

In the span of less than 12 months, the third-most valuable stablecoin imploded, leading to a domino effect that saw crypto lender Celsius go bankrupt, Three Arrows Capital’s founders go runabout and one of crypto’s most “altruistic” executives flown home in cuffs.

In this article, Cointelegraph has selected 10 crypto-related tweets that have aged like spoilt milk.

On May 10, just as the algo-stablecoin formerly known as TerraUSD started to fall below its dollar peg, the Terraform Labs founder attempted to allay fears of a further depeg, tweeting: “Deploying more capital – steady lads.”

Well, we all know what happened after. The collapse of the Terra ecosystem in May 2022 saw more than $40 billion wiped from the market in that month alone.

Since then, Do Kwon and the remaining Terra community have tried to revive the project with a newer stablecoin coming into the works. TerraUSD has since been rebranded to TerraClassicUSD (USTC) and is worth $0.02 at the time of writing.

Next on the list is Kwon’s famous response to crypto trader Algod, who outlined on March 9 that if LUNA “breaks new ATH’s I will short it with size. It’s a big ass ponzi, pretty sure VC’s will also hedge their investments on perps.”

Kwon then hit back by essentially calling Algod poor, stating, “Yeah but your size is not size” before adding, “$10 short incoming, everyone take cover.”

This of course was memed back to Kwon on many occasions during and after he went into damage control mode as TerraUSD spiraled out of control.

Sam Bankman-Fried (SBF) has a near-endless amount of statements that likely look terrible in current circumstances. Not only has he lied about “assets are fine” but shortly before his company filed for bankruptcy, the FTX founder also left us with the $3 Solana (SOL) meme.

In a debate on Twitter from January, crypto trader CoinMamba got under SBF’s skin in January 2021, suggesting that SOL was a great shorting opportunity over the price of $3.

After a back in forth in which the two were trying to iron out a bet on the future price, SBF finally had enough of CoinMamba’s SOL taunting and said:

The comment became legendary in the crypto community, particularly after the price of SOL went to an all-time high of $259.96 on Nov. 6, 2021.

However, CoinMamba appears to have had the last laugh, as Bankman-Fried’s firm catastrophically collapsed a year later.

Replying to the nearly two-year-old thread, CoinMamba gave Bankman-Fried a taste of his own medicine. “I’ll buy everything you have, right now, at $3. Sell me all you want. Then go fuck off.”

Alex Mashinsky — “All funds are safe.”

Amid the LUNA fiasco in May, rumors started to float that Celsius was having liquidity issues and could be heading for serious trouble, while others had claimed the firm had already been “completely wiped out.”

In a bid to quickly assure Celsius customers, Mashinsky responded to the rumors by stating in a May 12 tweet: “Notwithstanding the extreme market volatility, Celsius has not experienced any significant losses,” adding:

“All funds are safe.”

These four words went on to become a harbinger of doom for the industry.

A month later, on June 12, the firm paused all withdrawals. On July 13, it filed for Chapter 11 bankruptcy. Users are still battling to get even a portion of their funds back as we speak.

Celsius — “If you don’t have free and unlimited access to your own funds, are they really *your* funds?”

Accompanying Mashinsky is a classic from Celsius Network, in which the firm was touting the whole “unbank yourself” catchphrase. The crypto lender often suggested it was more trustworthy than the banking system.

In a Nov. 14 tweet from 2019, Celsius Network tweeted, “If you don’t have free and unlimited access to your own funds, are they really *your* funds?” before adding:

“#UnbankYourself with Celsius and join the next generation of financial services — no fees, no penalties, no lockups, just profit.”

That statement hasn’t fared too well in 2022.

Amid its Chapter 11 bankruptcy process, users have had zero access to their locked-up funds, while profits are in doubt, too, considering they might not get all the funds back.

Voyager — “We have the experience to […] weather any bear market.”

Following a similar line to Celsius and Mashinky, fellow bankrupted crypto lender Voyager published a lengthy Twitter thread in June, which now looks a bit out of place as 2022 comes to a close.

In an attempt to assure customers that the company was safe during the bear market following the collapse of the Terra ecosystem, Voyager assured customers it carefully manages “risk” and its mission is to “make crypto as simple as safe as possible.”

“Our straightforward, low-risk approach to asset management is the result of our decades of experience leading companies through market cycles. We have the experience to back our decisions and weather any bear market.”

Over the next couple of weeks, it was widely reported that the company was facing liquidity issues, and by July 5, Voyager had filed for bankruptcy.

TechCrunch — “The collapse of ETH is inevitable”

Next in line is a tweet dating back to 2018 from fintech news outlet TechCrunch that reads: “The collapse of ETH is inevitable.”

The tweet is accompanied by an extremely bearish article in which the author, Jeremy Rubin, predicts that “ETH — the asset, not the Ethereum Network itself — will go to zero.”

Rubin, who disclosed at the end of the article that he was a Bitcoin (BTC) and Litecoin (LTC) hodler at the time, bizarrely suggests that if the Ethereum network completes everything on its roadmap, no one will have any use for the asset.

At the time of writing, however, Ether (ETH) sits at $1,196 and presents a host of reasons for people to want to hold it: staking rewards, borrowing, lending and deflationary tokenomics.

Additionally, it also serves utility purposes, such as pushing through transactions on the largest smart contract network on the market. 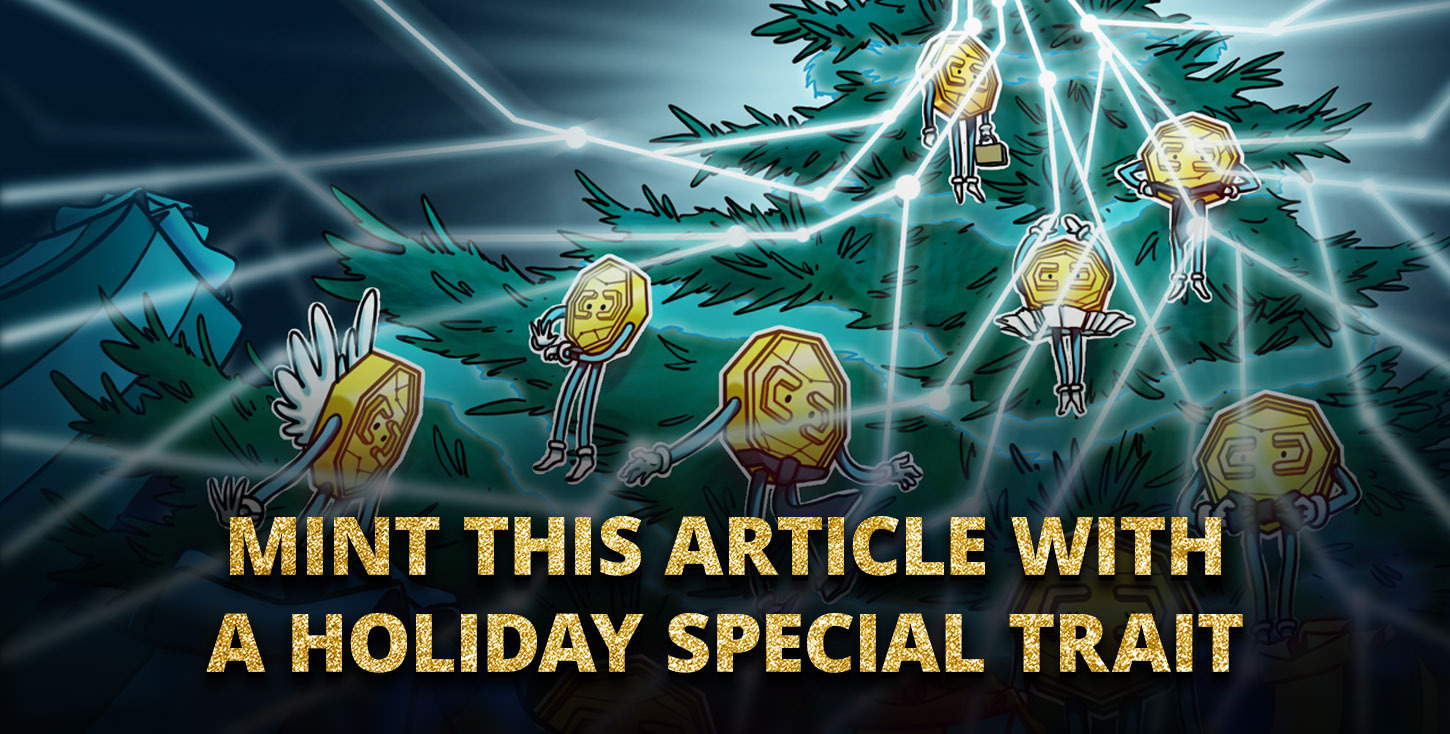 Avraham Eisenberg — “What are you gonna do, arrest me?”

Avraham Eisenberg, the crypto trader behind the $110-million exploit of decentralized exchange Mango Markets, makes the list due to a tweet from October that looks terrible in current circumstances.

The tweet itself revolves around a rather harmless back-and-forth regarding Eisenberg’s incorrect use of the @inversebrah tag, with Sheik Swampert noting, “You don’t call inversebrah on yourself dude.”

In response, Eisenberg said, “What are you gonna do, arrest me?”

As of this week, Eisenberg has actually been arrested and is facing market manipulation charges over the Mango Markets exploit, which he had consistently maintained was “a highly profitable trading strategy” facilitated via “legal open market actions.”

As such, this tweet has fast become a popular meme that will most likely live on for a long time in Crypto Twitter folklore.

Fortune — SBF, the “next Warren Buffet”

American business magazine Fortune has also got itself on this list for speaking in glowing terms of SBF back in August.

In a Twitter thread, the publication labeled him the “de facto leader of the crypto community” before suggesting that he was the “next Warren Buffet, Crypto’s white knight” and “Prince of risk.”

Shark Tank’s Kevin O’Leary, also known as Mr. Wonderful, makes the list for his backing of FTX and its former CEO, Sam Bankman-Fried.

O’Leary’s now-deleted tweet came on Aug. 10, 2021, after he signed a deal to become an FTX spokesperson. In the tweet, he emphasized:

“Finally solved my compliance problems with #cryptocurrencies I’m going to use FTX to increase my allocation and use the platform to manage my portfolios.”

Unfortunately for O’Leary, FTX was anything but compliant, and the millionaire said he has likely lost the entire $15 million he was paid to be FTX’s spokesperson after taxes, agent fees and all the crypto he kept on the exchange was lost after the firm’s bankruptcy.