You Can Print Money, but Not Oil or Wheat 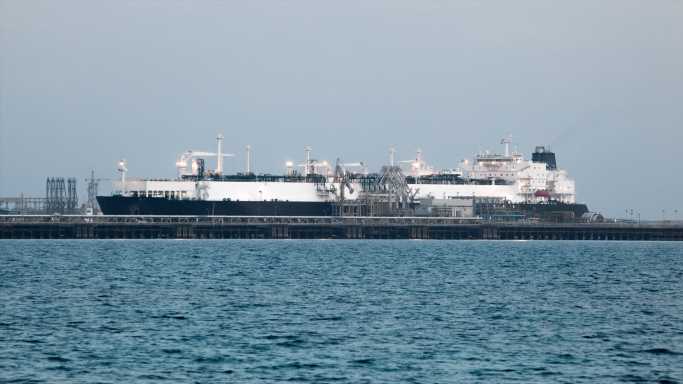 Late last week, Zoltan Pozsar, global head of short-term interest strategy at Credit Suisse, published an article titled “Money, Commodities, and Bretton Woods III.” In it, Pozsar considers a new world order that he believes will mark the third decade of this century and perhaps even longer.

He begins by noting that the current economic environment may be more complex than at the times of other recent crises, because “the problem is not only nominal (FX [foreign exchange] pegs, par, or the great overdraft, respectively), but also real: commodities are real resources (food, energy, metals), and resource inequality cannot be addressed by QE [quantitative easing] … you can print money, but not oil to heat or wheat to eat.”

In that new world, the “price level” of commodities will become more important. While this is important for interest-rate traders, its effects stretch beyond the boundaries of finance. Inflation and interest rates will be higher, as will demand for commodity reserves. Demand for dollars will be lower and “the negative cross-currency basis (the dollar premium) will naturally fade away and potentially become a positive cross-currency basis.”

Here is the rationale:

Central banks are good at curbing demand, not at conjuring supply. Energy and commodities are needed for virtually everything, Russia exports everything, and unlike 1973, it’s not just the price of oil, but the price of everything that is surging. After laying dormant for decades, the fourth price of money is back with a vengeance – … the price level is about to become very volatile and the market is trying to price the price of future money (OIS) [overnight index swap], that is, the number of interest rate hikes and the FOMC adjusting the level of terminal rates (r*) in response to the new price level regime brought about by war and sanctions.

The devil is in the details, of course, and Pozsar has those covered as well. He argues that the four prices of money (a framework worked out by Boston University economist Perry Mehrling) have both nominal and real sides:

For a more detailed explanation of how this expanded framework apples, see this article by Columbia University historian Adam Tooze.

The disruption to the flow of Russian oil will, for a variety of reasons Pozsar details, raise the cost of crude and threaten to raise the prices of virtually all commodities. Pozsar reckons that “the re-routing of Russian crude oil will encumber more than 10% of the global VLCC [very large crude carrier] capacity [about 2 million barrels per cargo].” The global VLCC fleet totals about 800 vessels, so 10% represents 160 million barrels.

If the sanctions against Russia persist, that capacity will be tied up for four months (round trip time to China) instead of about two weeks (round trip to, say, Amsterdam). Not only that, Middle East oil that now goes to China will have to be redirected to Europe, again spending more time on the water. The compounded inefficiency will raise prices.

On top of that, oil traders will pay more to fund vessel leases and cargoes:

Shipping [real] is a conceptual counterpart to interest [nominal] (OIS and bases). Shipping foreign cargo from port A to port B takes time, and for that period of time, commodity traders need to lease a ship. Commodity traders lease ships with borrowed money and fill ships with foreign cargo also with borrowed money. The duration of the loans to lease the ships and fill them up with cargo is a function of the time it takes to sail from here to there – the time value of money meets the time it takes to ship foreign cargo from port A to port B. Much like lending encumbers balance sheet, leasing ships, filling them up with cargo, and sailing them from here to there encumbers shipping capacity. Furthermore, like there is a “base” interest rate (EFFR [effective federal funds rate] and the OIS curve that springs from it) and a basis between that base rate and other interest rates, there are also bases between different sources of similar commodities (WTI, Brent, and Urals), and like harvesting money market bases uses balance sheet capacity, harvesting commodity bases uses “shipping balance sheet capacity” (vessels).

In conclusion, Pozsar reminds us that he is an interest rate strategist: “I think the level of inflation and interest rates and the size of the Fed’s balance sheet will depend on the steady state that emerges after this [Russian-Ukraine] conflict is over.” That “steady state” will tilt in favor of commodities, not central bank printing presses.