Widow fights on after paying £3,000 for bodged roof job 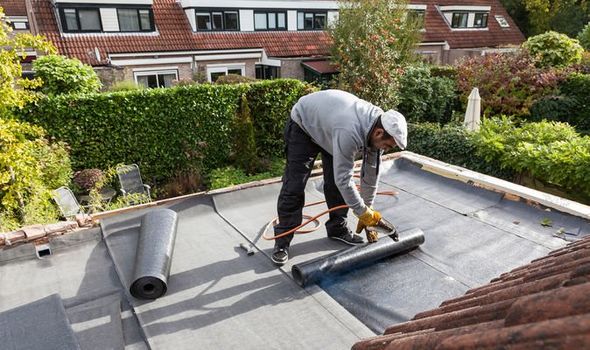 It can’t come to soon for widow Valerie Peppiat, 81, who paid £3,000 for a replacement, lean-to roof for her garage three years ago after following up an advert in a local magazine. The work was completed by a sub-contractor for Bury-based sectional garage repairs company VSF Ltd. Her contract states that “remedial work will rectified with 10 working days of your call, weather permitting”. Roofs, parts and windows are variously guaranteed from five to 25 years.

++ If you’ve been affected by this issue or feel you’ve been a victim of injustice, please contact consumer champion Maisha Frost on [email protected] ++;

But a year later Valerie’s roof was letting in water and a closer inspection revealed no fascia board, foam filler or down pipe had been fitted and parts of the gutter were missing although they were all part of the agreement and paid for.

“The replacement roof layers were too short and left gaps,” Valerie explains. “I had to call many times before they responded.”

VSF engaged another contractor to do the repairs however in 2017, but there were more problems in store.

“I’m disabled so I couldn’t climb up and check the repair,” Valerie told Crusader. “But in June a workman came round to help me with something else and he warned me the roof was still leaking. It had run down the brick work and caused the paint on the window to lift.

“The fascia board has been placed over the window frame so the window can’t be opened either.

If a company offers an ‘approved’ sub-contractor to do the work, check out what that actually means. This is vital. What is ‘approved’ because it could mean a proper professional qualification or just be a smokescreen. Ask to see what certificatio

“Losing my husband was very difficult and being on my own has made me feel really vulnerable. This has not helped.”

VSF sent a surveyor who Valerie says advised her a new roof was needed.

But then an appointment for a roofer was cancelled. A new one however has been made for next Saturday, August 31.

VSF responded promptly when Crusader asked it to ensure this appointment is kept.

VSF managing director Andrew Law confirmed it will be and indicated he hopes the issue will be resolved then.

“I will press on until this is sorted,” Valerie vowed when she thanked us for our support.

Building work: how to save yourself grief

If a company offers an ‘approved’ sub-contractor to do the work, check out what that actually means. This is vital. What is ‘approved’ because it could mean a proper professional qualification or just be a smokescreen. Ask to see what certification the sub-contractor has and from whom because you don’t want to be palmed off with a cowboy.

Ask to see what is guaranteed before you pay, check not just for parts, but for repair timescales in the event of faults or poor workmanship.

Always note the full, not just first, name of anyone you deal with, plus company name and contact details.

If you are alone and feel vulnerable, perhaps because of your age or gender, get someone to be with you, especially at the first stage of the work or when agreeing the deal and paying for it.