Ninety-nine companies, which also include some unlisted ones, have more than Rs 100 crore each of minimum alternate tax credit on their books, cumulatively adding up to Rs 75,000 crore.

By utilising MAT credit, many companies will be able to bring down their effective tax cost. 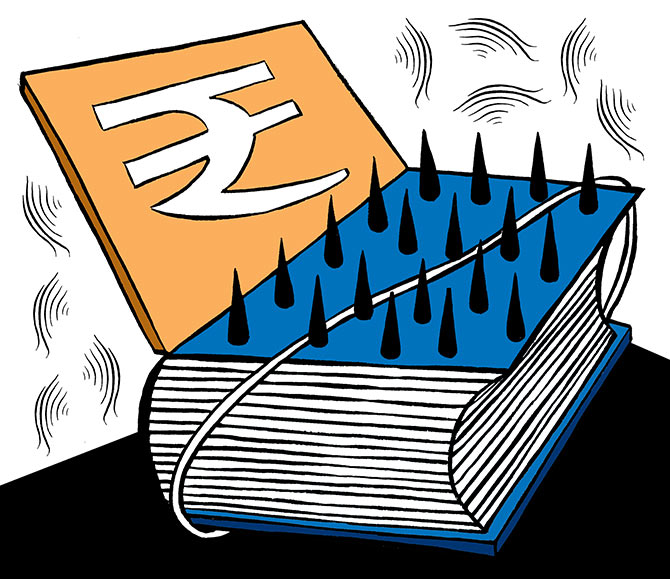 Vast swathes of Corporate India may not be in a hurry to shift to the new corporation tax regime.

Ninety-nine companies, which also include some unlisted ones, have more than Rs 100 crore each of minimum alternate tax (MAT) credit on their books, cumulatively adding up to Rs 75,000 crore.

Of these, 15 heavyweights such as NTPC, Reliance Industries, Bharti Airtel, Vedanta, and TCS have MAT credit in excess of Rs 1,000 crore each.

“By utilising MAT credit, many companies will be able to bring down their effective tax cost to 17.47 per cent from 25.17 per cent (under the new regime), leading to substantial tax savings of about 8 per cent,” said Saumil Shah, partner, Dhruva Advisors.

“Only those companies whose effective tax cost is higher than 25.17 per cent will shift to the new regime.”

MAT credit is the difference between the tax the company pays under MAT and the regular tax, and is allowed to be carried forward for a period of 15 financial years.

According to experts, infrastructure companies as well as those from sunrise sectors such as telecom, IT, and renewable energy are likely to maintain the status quo owing to the substantial MAT credit on their books and the tax holidays enjoyed by them in the past.

A third of the 850 top CRISIL-rated companies surveyed – from capex-heavy sectors such as power and oil & gas – have expressed a desire to continue with the current tax regime, CRISIL said in a note on Tuesday.

“The MAT rate has reduced irrespective of whether you come under the new tax regime or not. So, if you were to defer your migration to the new regime, you still pay only 17.16 per cent tax under MAT (as opposed to 21.16 per cent until March 31, 2019).

“By doing so, the company may not be required to write down the MAT asset,” said Bhavin Shah, leader, financial services tax, PwC India.

Companies that are mainly into exports may also eschew moving to the new regime.

“If a company has more of local business for which it is not claiming any incentives, it can set up a new company for its local business and benefit from the new 25 per cent tax rate. However, it can let the export part of the business remain in the old company,” said Rajesh Gandhi, partner, Deloitte India.

“For large corporate groups like ourselves, it will continue to be attractive to stay with tax holidays and additional depreciation benefits as we have invested very heavily in capex,” Pallavi Joshi Bakhru, group head taxation, Vedanta, had told Business Standard earlier this month.

Companies in the highest effective tax rate of 34.94 per cent – including banks, NBFCs, and FMCG majors – would move to the new regime as they would get 9 per cent benefit.

Those from sectors such as auto, chemicals, textiles, gems & jewellery, and retail are also likely to shift.

Manufacturing companies and those into sole proprietary businesses may want to set up a new company to take advantage of the lower tax rates.

These companies, however, have to ensure that they set up a new business for getting the lower rate of 15 per cent and not just transfer business from an existing company, experts said.

“Companies in the highest tax bracket wanting to move to the new regime would need to be aware that MAT credit, brought forward losses in account of any tax holidays or R&D benefit and additional depreciation would be lost and may require re-computation of past tax returns to determine losses or depreciation available,” said Saumil Shah.

The Central Board of Direct Taxes (CBDT) clarified earlier this month that companies would not be allowed to adjust the MAT credit against their tax liabilities if they opted for lower corporation tax rates.

They will also have to let go of incentives under special economic and tax-free zones.

Companies opting for the new regime can’t go back to the old one.

MAT is akin to an advance tax.

The concept of MAT credit was re-introduced in 2005 with a carry forward mechanism of five years.