When Disaster Hits Home for a Global Aid Organization 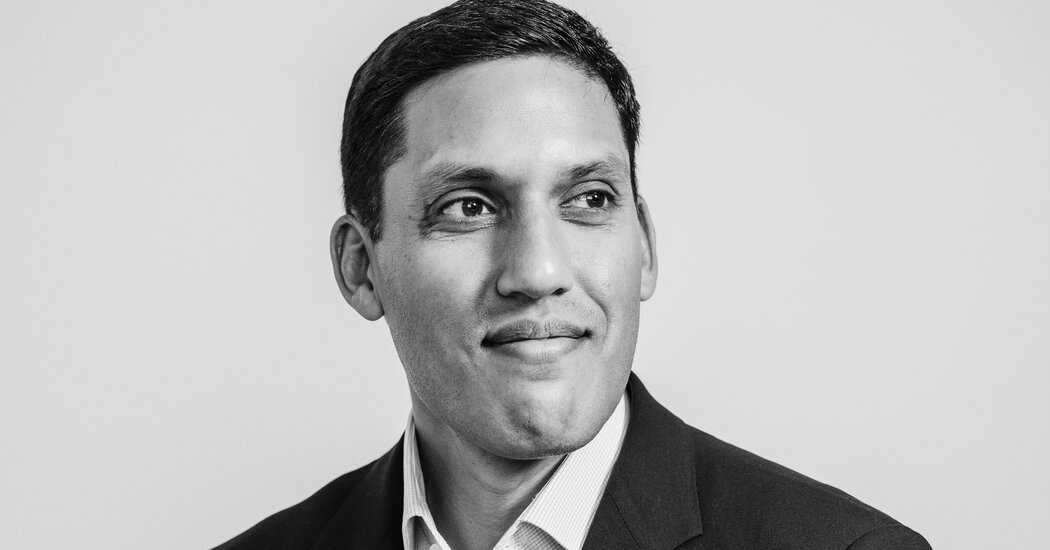 Not long before the pandemic hit, Raj Shah, the president of the Rockefeller Foundation, was in a rural town in India to inspect a new solar-powered micro-grid funded by the foundation. At dusk, the government’s unreliable power system faltered, plunging the town into darkness. Moments later, the lights came back on, this time powered by the micro-grid.

Mr. Shah, whose parents immigrated from India to the United States, was there with his daughter. “She looked up and was like, ‘Wow, that’s awesome,’” he remembered. “I think it’s the first time in her life she thought her dad was doing something useful.”

Mr. Shah has been trying to engineer small victories like that for his entire career. A precocious child who was interested in public health from an early age, he became a doctor and earned an advanced degree in health economics. Mr. Shah then went to work for the Bill and Melinda Gates Foundation in 2001. While there, he helped with the foundation’s efforts to distribute vaccines in poor countries.

In 2009, he joined the Obama administration, and quickly rose to become administrator of the United States Agency for International Development, or U.S.A.I.D. In that role, he was deeply involved in the U.S. government’s response to the 2014 Ebola outbreak in Africa. Soon after leaving U.S.A.I.D., he was part of the United Nations group that reviewed the world’s readiness for a pandemic.

Mr. Shah took over the Rockefeller Foundation in 2017. Since then, he has focused the foundation’s $5 billion endowment on efforts to combat poverty in the developing world. When the pandemic hit, he pivoted, announcing a $1 billion commitment for relief efforts in communities hit hard by the virus.

This interview was condensed and edited for clarity.

Tell me a bit about your childhood.

My parents were immigrants who came here in the late 1960s, and they came really without anything. They always told these stories when we were little about how lucky we were to be in the United States and how, if we worked hard, we would get a chance to realize our full potential.

We would visit India, and my dad took me to the home he grew up in. His dad was an accountant, so they weren’t impoverished by any means. But if you compare their living standard to ours, it felt to me like they grew up in poverty. My grandmother would tell stories of how she would skip dinner regularly so all the kids could eat a full meal. That led to a drive to make sure that we honor their sacrifice, and to just work as hard as we possibly could, to make the most out of the opportunity they had afforded us.

I’ve spoken with a lot of C.E.O.s who had similar upbringings and were inspired to go into business. How did you get interested in public health?

I think it came early on from just seeing and understanding what real abject human poverty felt like. I remember when I was 9 or 10 years old, we had done a trip to India, and I had an uncle who said, “If you’re coming all the way here, you have to see how people really live.”

He drove my sister and I into a slum outside of Mumbai. We got out of the car and walked around, and you saw that people lived in open sewers. You saw kids playing with rags on. They were sort of smiling and happy, but the sights and the sounds and the smells of that experience were deeply seared inside of me.

When I started to grow academically, I just fell in love with economics — the idea that you could understand why some countries grow and most of their populations move out of extreme poverty, while other countries seem stuck. The basic idea that poverty could be solvable, that you could actually make huge inroads in lifting up very large populations, that, intellectually, was something I was super interested in and excited by.

So as to this fundamental question of why some countries are able to lift large portions of their population out of extreme poverty, and why some get stuck — is there an easy answer to that question?

I mean, Jared Diamond has written 10,000 pages of great books describing the complexities of all of this, but the reality is we do know the basic ingredients that allow a nation to evolve its standing, especially for its more vulnerable people. Some semblance of decent governance is basically a prerequisite. Affordable electricity is the core ingredient that unlocks the rise in human labor productivity. Financial services and a modern economy for poor people is really critical to giving them some upward mobility. And health and education matter a tremendous amount, and specifically the health and education of girls. We know all of that with a ton of certainty.

But there are so many different models for bringing those things together, and no one gets it all right. So you can have really poor governance and very weak infrastructure in a place like Afghanistan, and get eight million girls in school. And similarly you can be in Bihar, India, and see the caste system still very much in place, which effectively pushes those girls out of having any upward mobility, and so that same formula is not going to work. What we don’t know is how, in every local setting, to bring it together in a way that works.

You can actually solve large-scale poverty in country after country, and we actually have been doing that for 25 years. The shocking thing is the last seven months have wiped out two decades of progress.

Do you believe U.S.A.I.D. has fulfilled its mission under the Trump administration?

U.S.A.I.D. is the one agency that gets to make huge investments in lifting up the world’s most vulnerable people. For less than 1 percent of the federal budget, we put eight million girls in school in Afghanistan, we turned the lights on in Mogadishu after Al Qaeda was cleared out, so people could come out and restart society. We’ve helped 40 million people move out of poverty and hunger. It’s a vision of American leadership.

But during Covid, the act of turning the other way — of asking other nations to support America with protective equipment, with diagnostic supplies, with key necessary tools, and then of pulling out of the World Health Organization — has so dramatically undermined America’s role as the global health leader in the world, that the clear answer to your question is, “No.”

One thing I learned during my time in government was, like it or not, American leadership defines the degree to which the world can cooperate to tackle our toughest problems. When we exit that role, no one can take our place. We should embrace that role.

At what point did reports about the coronavirus set off all your alarm bells?

No one has that kind of perfect hindsight, but I first started to really believe this was going to be a very significant problem while I was having coffee with Tedros Adhanom Ghebreyesus, the director general of the W.H.O., at Davos. The next day, he had to go back to Geneva to host the big meeting on whether or not to declare this a public health emergency of international concern. We have worked together for many years, and it just became clear that we needed a big, strong, fast response. It also became clear that people didn’t have clarity around what was happening in China, much in the same way there was not clarity on what was happening in West Africa in the early summer of 2014. For Rockefeller, I went back home and we basically restructured our health work and quickly mobilized resources, hired a pandemics expert to join our team, mobilized what over time would be a $1 billion commitment to fighting the pandemic at home and around the world.

Do you believe there was ever a chance that this did not become a pandemic? Or, given the nature of this virus, was it inevitable?

It was not at all inevitable. I think history will record that the failure to get testing right in America, and in many other places, turned what could have a manageable health crisis into a global pandemic that has wiped out $28 trillion of economic value. It was avoidable had we had ubiquitous testing.

If you look at the countries that learned from SARS, they all got it right. China, after some stumbles, put in place massive testing and effectively got it right. It’s not like it doesn’t exist, but it’s not debilitating. Kids are in school, hunger hasn’t skyrocketed, and their economies have recovered and are growing even through second and third waves.

It’s the countries that have basically flown blind, that don’t have ubiquitous, rapid testing in place, that are the ones that have to choose between massive deaths or shutting everything down. The smarter countries didn’t have to make that choice.

What do you view as the biggest challenges in the months and years ahead when it comes to containing the virus?

The second component is really understanding issues of racial equity and economic equity in the context of vaccination. People don’t really appreciate this: one in 1,000 African-Americans have died from Covid. There’s a three to five times higher hospitalization rate for Black Americans with Covid. There’s no question that race and racial equity considerations need to be deeply integrated into vaccine rollout plans. And there’s also no question that in America’s $4 trillion health care system, equity is not the top consideration. Access, ability to pay, comfort with your provider, region, ZIP code — all those things take precedence over both equity and public health science.