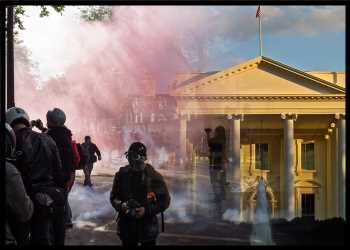 Thursday, President Joe Biden will host the “United We Stand Summit” at the White House to address the corrosive effects of hate crimes and white supremacist violence on U.S. democracy and public safety.

Biden is scheduled to delivers a keynote speech at the Summit at 3:30 PM ET.

It will be followed by bipartisan panels and conversations on countering hate-fueled violence, preventing radicalization and mobilization to violence, and fostering unity, the White House said.

The Summit will give officials from all levels of government, faith leaders, civil society groups, and directly impacted communities across the country the opportunity to formulate a strategy to fill longstanding gaps in the federal government’s response to one of the worst menaces that the United States continues to suffer from.

The Summit will highlight the response of the Biden Administration and communities nationwide to these dangers, and put forward a shared, bipartisan vision for a more united America, according to the White House.

The event falls on the anniversary of the hate-fueled murder of Balbir Singh Sodhi in 2001 and the 16th Street Baptist Church bombing in 1963.

The Summit is convened at a time the threat of hate-fueled violence and extremism is growing at a rapid pace in the United States, with incidents such as the murderous attack in Buffalo, NY by a white supremacist, the Synagogue shooting in Pennsylvania, bomb threats against Historically Black Colleges and Universities, and the heinous attack against Asian women in Atlanta haunt the nation as stark reminders.