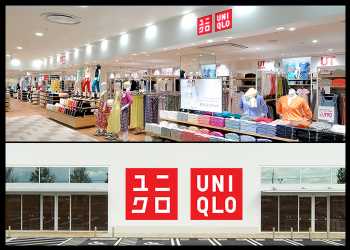 Fast Retailing, the owner of the Japanese fashion retailer Uniqlo, said it will raise salaries in the home country by 40 percent, a move that comes after the government and the Bank of Japan governor urged Japan Inc. to consider wage hikes in the backdrop of rising inflation and cost of living.

The Yamaguchi, Japan-based clothing company said it is raising salaries “to remunerate each and every employee appropriately for their ambition and talents, as well as increase the company’s growth potential and competitiveness in line with global standards.”

“In Japan especially, where remuneration levels have remained low, the company is significantly increasing the remuneration table,” Fast Retailing said.

The company, which operates over 1,000 stores globally, will raise the employee pay from March 2023.

With the latest hike, salaries of Fast Retailing’s Japanese employees would be closer to their peers in Europe and the U.S., Nikkei said.

Inflation in Japan’s capital Tokyo hit 4 percent for the first time in four decades at the end of 2022, official data revealed earlier this week, lifting speculation over a shift in the Bank of Japan’s massive monetary easing stance.

Bank of Japan’s new chief is widely expected to review the current inflation targets. Reports and surveys suggested that the current Deputy Governor Masayoshi Amamiya or his predecessor Hiroshi Nakaso are the front-runners in the race to be at the helm of the Japanese central bank when Kuroda’s term ends on April 8.

Lates News:
2023-01-18
Previous Post: POLL: Do you support UK introducing ‘minimum service’ strike laws?
Next Post: Trump formally asks Facebook to let him back ON as he builds 2024 run