UK GDP vs rest of the world – how UK compares with US, China and India 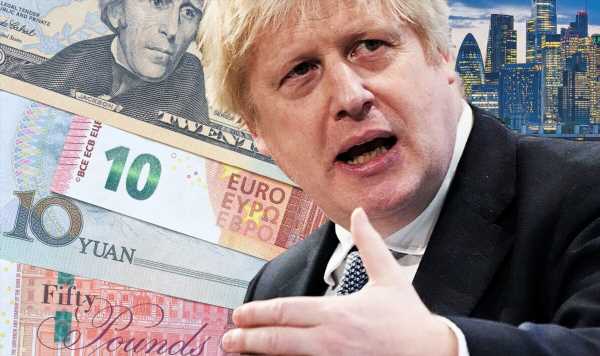 In recent years a number of significant developments have helped to shape the value of Britain’s Gross Domestic Product (GDP). Brexit, the Covid pandemic and a new cost of living crisis have all affected the value of goods and services, as well as how much spare change residents have to spend.

What is the UK’s GDP?

The most recent figures for Britain show that its GDP is estimated to have fallen by 0.1 percent in March.

Compared with its pre-coronavirus level in February 2020, monthly GDP is now 1.2 percent higher.

Growth has slowed sharply ever since last January, when GDP jumped by 0.8 percent, as people returned to normal life, following a surge in Omicron cases last December.

But the International Monetary Fund (IMF) forecast much slower growth for 2022 – 3.7 percent.

In 2023, British GDP is expected to swell by 1.2 percent, which would be the lowest projected annual growth rate in the G7.

So, how does this compare with the UK’s rivals from around the world?

US GDP for the first quarter of 2022 fell by 1.5 percent, according to estimates from the Bureau of Economic Analysis.

The score followed an increase of 6.9 percent in the fourth quarter of 2021.

By the end of 2022, the International Monetary Fund anticipated the US will see its GDP grow by 3.7 percent.

For 2022, Beijing has announced that it’s targeting GDP growth of around 5.5 percent, after its economy swelled by 8.1 percent last year.

A doubtful global recovery from the Covid pandemic led to Chinese officials earmarking a reduced growth rate this year.

During the first quarter of 2022, India’s economy grew by 4.1 percent year-on-year.

The measure was the lowest recorded in the past year, owing to Omicron infections, elevated energy prices, and ongoing supply chain constraints.