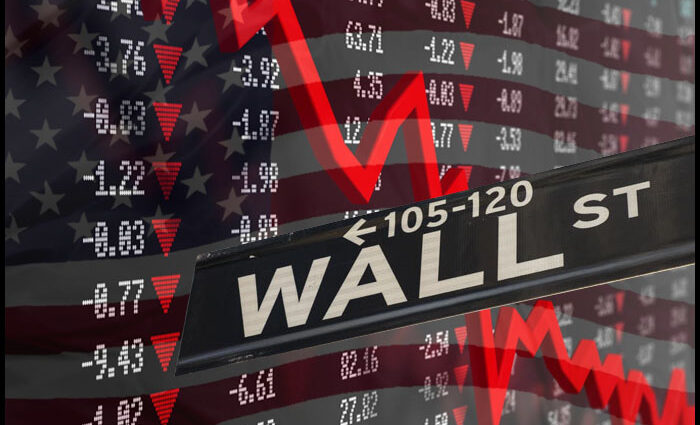 Following the rally seen in the previous session, stocks showed a substantial move back to the downside during trading on Friday. The major averages more than offset yesterday’s gains, with the Nasdaq plunging to its lowest closing level since late November 2020.

The sell-off on the day capped off the worst month for the Nasdaq since October 2008, with the tech-heavy index showing a 13.3 percent nosedive. The S&P 500 also plunged by 8.8 percent for April, marking its worst month since March 2020, while the Dow slumped by 4.9 percent.

A negative reaction to the latest batch of earnings news contributed to the sharp pullback on Wall Street, with shares of Amazon (AMZN) plummeting by 14.1 percent to their lowest closing level in almost two years.

The steep drop by Amazon came after the online retail giant reported an unexpected first quarter loss and provided disappointing revenue guidance for the current quarter.

Shares of Apple (AAPL) also moved to the downside after the tech giant reported better than expected fiscal second quarter earnings but warned supply chain issues would hurt third quarter sales by as much as $8 billion.

The sell-off on Wall Street may also have reflected traders moving money out of stocks ahead next week’s Federal Reserve meeting, with the central bank widely expected to raise interest rates by 50 basis points.

On the U.S. economic front, a report released by the Commerce Department showed U.S. personal income increased by slightly more than expected in the month of March, while U.S. personal spending jumped by much more than anticipated.

The Commerce Department said personal income rose by 0.5 percent in March after climbing by an upwardly revised 0.7 percent in February.

Economists had expected personal income to rise by 0.4 percent compared to the 0.5 percent increase originally reported for the previous month.

The report also showed personal spending jumped by 1.1 percent in March after advancing by an upwardly revised 0.6 percent in February.

Personal spending was expected to increase by 0.7 percent compared to the 0.2 percent uptick originally reported for the previous month.

Meanwhile, a reading on inflation said to be preferred by the Fed showed the annual rate of core consumer price growth slowed to 5.2 percent in March from 5.3 percent in February.

Retail stocks saw substantial weakness amid the steep drop by Amazon, with the Dow Jones U.S. Retail Index plunging by 7.8 percent to its lowest closing level in over a year.

Concerns about higher interest rates also contributed to a sell-off by commercial real estate stocks, as reflected by the 4.7 percent nosedive by the Dow Jones U.S. Real Estate Index.

In overseas trading, stock markets across the Asia-Pacific region moved mostly higher during trading on Friday, with the Japanese markets closed for a holiday. China’s Shanghai Composite Index shot up by 2.4 percent, while Hong Kong’s Hang Seng Index soared by 4 percent.

The major European markets have also moved to the upside on the day. While the German DAX Index advanced by 0.8 percent, the U.K.’s FTSE 100 Index and the French CAC 40 Index rose by 0.5 percent and 0.4 percent, respectively.

In the bond market, treasuries are firmly negative after failed recovery attempt early in the session. As a result, the yield on the benchmark ten-year note, which moves opposite of its price, is up by 3.8 basis points at 2.901 percent.

While the Fed meeting is likely to be in the spotlight next week, traders are also likely to keep an eye on the monthly jobs report as well as the latest batch of earnings news.