The TopShop tycoon Sir Philip Green has struck a £310m deal to remortgage the Oxford Street flagship of his struggling retail empire.

Sky News has learnt that Sir Philip’s company, Arcadia Group, has finalised a four-year loan from the US-based investment giant Apollo ahead of a deadline at the end of the year.

The Apollo debt will be secured against the building housing a Niketown store as well as one of TopShop and TopMan’s biggest stores.

Sir Philip’s race to find a new lender was reported by The Sunday Times last month.

It comes weeks after the group, which also owns the Dorothy Perkins and Burton brands, named a former boss of the De Vere hotel and leisure group as its new chairman.

Andrew Coppel’s appointment to the chairmanships of Arcadia, its direct holding company Taveta Investments and Top Shop Top Man Limited, which directly owns Sir Philip’s two most popular retail brands, put him at the helm of businesses employing about 18,000 people.

The Oxford Street refinancing has been struck ahead of arguably the most crucial Christmas trading period of Sir Philip’s long high street career. 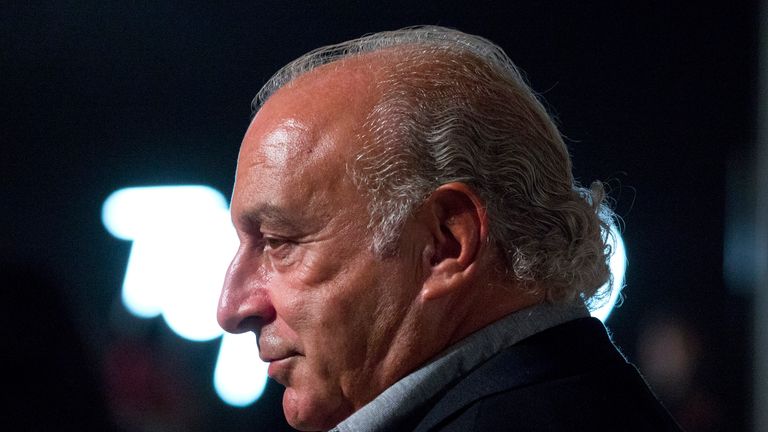 Brutal conditions across the retail industry have exerted a grim toll on many of its most prominent names, with a series of bankruptcies and rescue deals costing tens of thousands of jobs this year alone.

Sir Philip only narrowly secured creditors’ support for a rescue of Arcadia in June, with landlords agreeing to back a Company Voluntary Arrangement (CVA) at the second attempt.

Under the deal, the tycoon’s wife, Lady Tina Green, agreed to inject £175m into the group’s pension scheme over a three-year period, with security over a further £210m of assets also being granted to it.

In return, Arcadia signalled its intention to close dozens of stores and reduce rents at hundreds more.

It has been a tumultuous period for Sir Philip, who for years was feted as the king of the high street by politicians and the media but who has struggled to recover his poise since the collapse in 2016 of BHS.

His sale of the department store chain a year earlier to Dominic Chappell, a former bankrupt, culminated in Sir Philip having to contribute more than £360m to fund its pension deficit after its collapse.

The scale of the challenge facing Sir Philip as he tries to save Arcadia was underlined in September when it reported a £170m full-year loss.

As part of the reorganisation of his companies this year, Sir Philip paid $1 to buy back his private equity partner’s 25% stake in Topshop and Topman.

He was also forced to sweeten the terms of an offer to US-based creditors as he closed Top Shop’s outlets there.

The tycoon’s miserable period has not only been restricted to the performance of his business.

Sir Philip also became embroiled in a storm over his behaviour towards Arcadia employees and his use of non-disclosure agreements to prevent former workers discussing their severance packages.

He denied any unlawful wrongdoing, but more recently has been charged with misdemeanour assault in the US state of Arizona for allegedly groping a Pilates instructor.

Sir Philip has denied those charges.

People close to the tycoon expect him to pursue a sale of part or all of his high street operations if they survive the continuing tough trading environment.