This Is the Oldest House For Sale in America 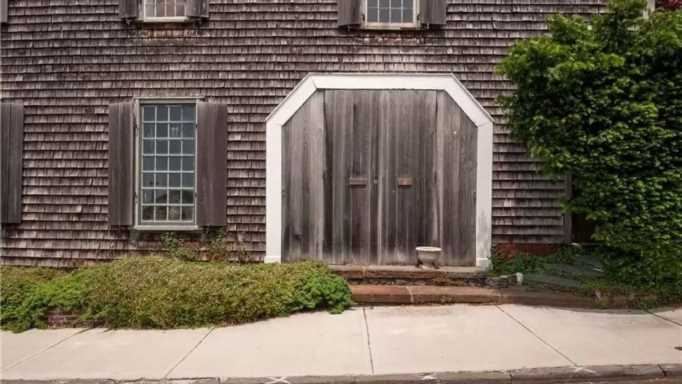 Some of America’s oldest homes were built nearly a century before the Revolutionary War, which ran from 1775 to 1783. Most are in the Northeast, clustered around what are today among America’s largest cities: New York, Boston and Philadelphia. These cities were among the largest by population in the 1700s as well.

The oldest house for sale in America is a former barn built in what was for decades the home of America’s Cup. The house was built in 1680.

The house at 32 Green Street, Newport, Rhode Island, looks like it is something of a wreck and will need some rebuilding, at least based on photos provided by the real estate agent. At one time or another, it has been used as a barn, funeral stable (which will keep some buyers away) and produce storage area, according to Realtor.com.

This house is on the block for $1,374,000. It is a modest-sized house on a tiny lot. It has three bedrooms with 2.5 baths. The house covers 3,846 square feet and sits on a lot of 3,049 square feet, which does not make sense. It sits near the water on the side of Newport that faces Jamestown.

It is possible that the property could be modified and flipped at a profit. According to the listing: “The Post and Beam construction provides ease for future conversion into a multitude of uses including commercial/studio space with indoor/outdoor workshop situation as well as separate guest quarters, and/or small business.”

Newport has a population of about 25,000, which swells in the summer as the old resort town fills up with tourists. The median household income in Newport is just over $65,000, which is about the national average. The 14.4% poverty rate is slightly higher.

This house is fairly expensive by neighborhood standards. With exception of one home, no others in the neighborhood have a value of over $1 million.

Click here to see which cities Americans are abandoning.