There's a push to bring bitcoin to 401(k) plans. Why it could take awhile before you see these investments in yours 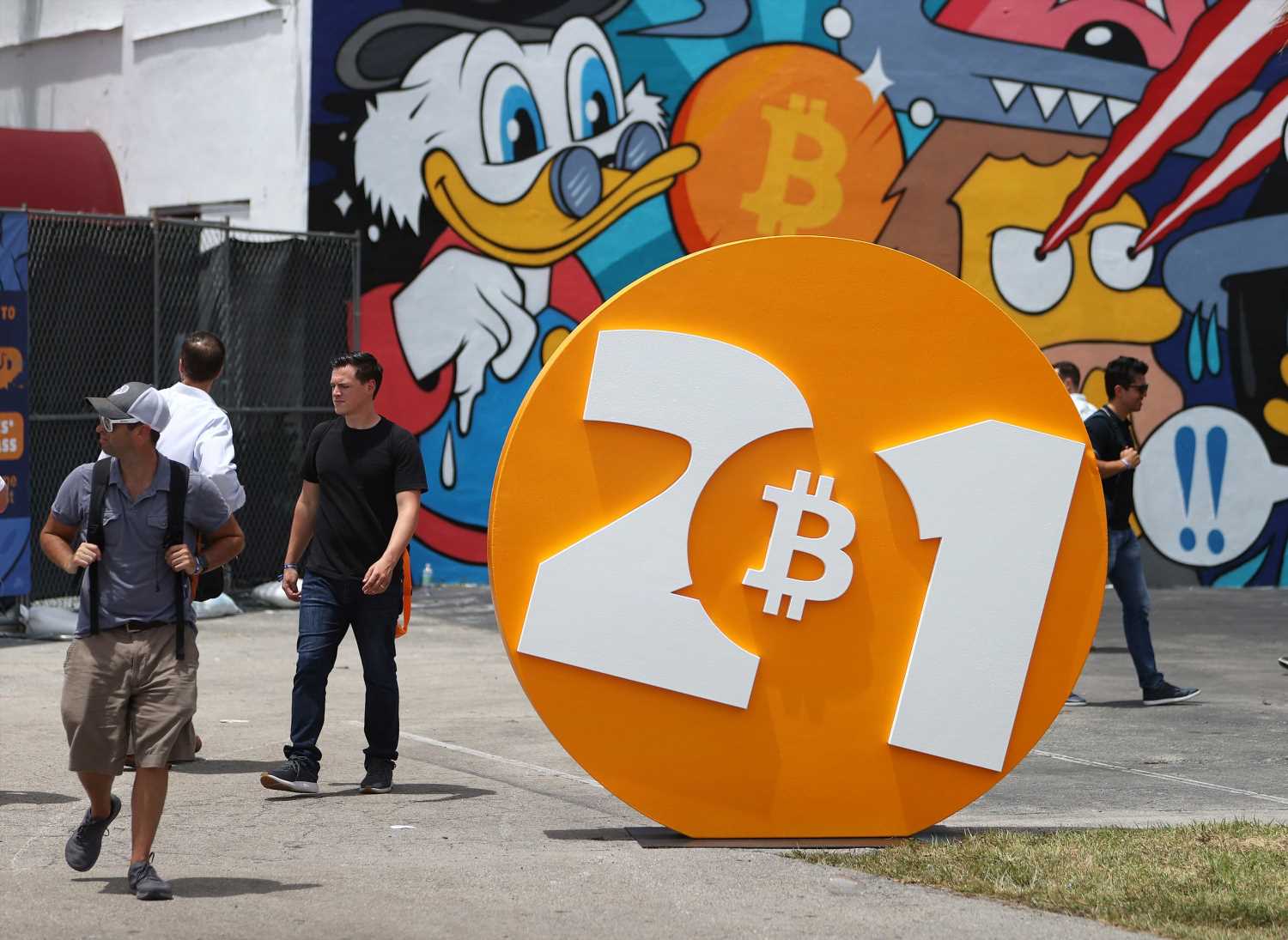 A recent bitcoin conference in Miami drew a mix of professionals who have wholeheartedly embraced the cryptocurrency.

Yet David Ramirez, chief investment officer at ForUsAll, said he was still able to surprise attendees with a new way to think about their holdings.

"I met with a lot of people who had been investing in this space for quite a while, who were staring down massive capital gains exposure," Ramirez said. "In the 401(k), that can largely be eliminated."

ForUsAll announced this month it had teamed up with Coinbase, a cryptocurrency exchange platform, to allow employees to put up to 5% of their 401(k) investments in bitcoin and other cryptocurrencies. The feature is offered through employers who sign up for a so-called self-directed cryptocurrency window.

ForUsAll is not the first company to offer bitcoin and other cryptocurrencies in 401(k) plans. Companies such as BitWage and Digital Asset Investment Management are also working to bring these investments to traditional retirement plans offered by employers.

Investors can already tap into cryptocurrency through their individual retirement accounts. And some professionals say they see a growing appetite to expand that to 401(k) plans, too.

Yet many traditional players in the industry are skeptical that employers offering retirement plans, known as plan sponsors, will clamor to offer these investments.

"Plan sponsors in general are still very unlikely to want to adopt any type of cryptocurrency into their investment line-up," said Aaron Pottichen, senior vice president at Alliant Retirement Consulting.

At the heart of the debate is whether these kinds of investments in a 401(k) will ultimately help or hurt investors.

Because 401(k) plans are the primary savings choice for many Americans, not being able to access cryptocurrency in those accounts puts investors at a "structural disadvantage," Ramirez said.

Taxes are one big reason.

"If you invest in cryptocurrency in your 401(k) with Roth dollars, you get to keep 100% of the gains, essentially making it tax-free for you forever," Ramirez said.

Take someone who buys bitcoin early in the year, then sells after a run-up in price and buys the cryptocurrency ether. If the overall market then tanks, they may ultimately end up owing more in taxes on the first trade than they have invested in ether.

"Sadly, I met a lot of people that learned it the hard way, and had to liquidate positions to cover taxes or worse," Ramirez said.

If instead the investment was made through a tax-deferred account, either with pre-tax or post-tax dollars, levies are not generated every time you trade, he said.

For investors who are allocating up to 10% of their retirement savings to cryptocurrencies, a 401(k) will give them the opportunity to have more invested, said Adam Pokornicky, chief operating officer at Digital Asset Investment Management, which is building model portfolios that plan participants can opt into.

While some may argue that bitcoin is too volatile for a 401(k), Pokornicky argues that actually works in investors' favor. "Volatility is a good thing to the upside," he said.

Another company named Bitwage launched its 401(k) offering over a year ago alongside its existing bitcoin payroll services.

There's demand to dollar-cost average investments into bitcoin, and retirement accounts are the "best version of this," said Jonathan Chester, CEO of Bitwage.

The company is seeing a lot of demand from participants who want to access to bitcoin and other cryptocurrencies in their 401(k)s. "It's very hot," Chester said.

The biggest hurdle is getting companies to migrate to systems that enable bitcoin investments.

"It's just unlocking it in an easy fashion for the sponsors of the 401(k) — that's going to enable the market to explode," Chester said.

All three companies say they are already seeing demand from employers looking to to add their offerings.

Yet traditional players currently still see more obstacles than opportunities with regard to letting people invest in bitcoin in their 401(k).

With 401(k) lawsuits generally increasing, these kinds of investments could be vulnerable because they are so new, Pottichen said. Ultimately, the Department of Labor may provide more guidance on how cryptocurrency investments should be handled in retirement plans.

"At this time, none of our clients are looking at cryptocurrency and thinking this is an asset class we need to have as part of our investment universe that we give our employees access to," Pottichen said of Alliant's clients, which range from start-ups to companies with thousands of employees.

Neal Nolan, director of business retirement services at Parsec Financial in Asheville, North Carolina, said he recently had a client who wanted to add bitcoin to their 401(k) through a self-directed brokerage account.

Though it was the first time Nolan had received such a request, he wasn't surprised. "I figured it would happen eventually," he said.

After the firm's investment committee met, the plan's trustees ruled against it.

One reason for keeping it out of the plan is that if one participant has a self-directed account, it has to be offered to everyone. That could be burdensome for plan sponsors, which would have the responsibility of monitoring those investments.

Moreover, an investment like bitcoin would have to be deemed reasonable for everyone in the plan, which is a high bar.

Ultimately, it's better to risk being late to the party than for retirement plans to sacrifice their role as good stewards of the funds, Nolan said.

"If you don't understand something, prudence would suggest you find out more information or wait," Nolan said. "Never invest in something that you can't understand or explain."