The Smallest NFL Player of All Time 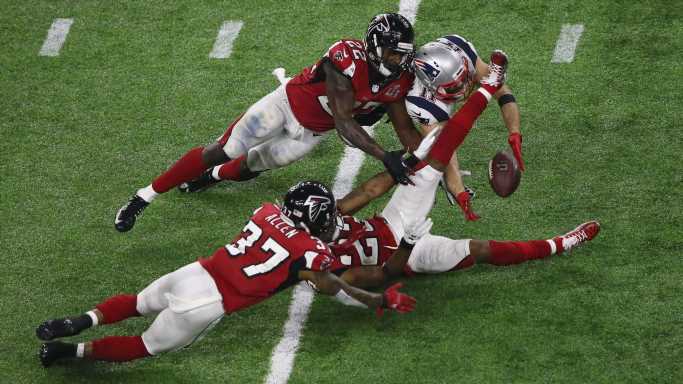 When people watch NFL games, one of the focuses is the “men in the trenches.” These are the linemen on both sides of the ball. Currently, the Las Vegas Raiders offensive tackle is listed at 380 pounds. He plays against men half his weight, particularly kick and punt returners and wide receivers. The value of these big men to teams cannot be underrated, and some are paid as such. One New Orleans Saints player is paid $96 million in a multiyear deal.

What about the much smaller player who lives in this world of giants? Wide receivers often weigh less than 200 pounds. They are the fastest men in the game, with few exceptions. They are also among the most vulnerable, to some extent because they are tackled by men who weigh over 300 pounds.

To determine the smallest NFL player of all time, 24/7 Tempo reviewed data from Pro Football Reference to find the athletes with the lowest listed heights and weights during the NFL’s Super Bowl era. Many of the smallest players came early in league history, with many suiting up for only a year or two in the 1920s, as the fledgling NFL needed to fill out rosters. Height and weight records from this era were often incomplete, and the actual size of these relatively diminutive players would be tough to verify without any photos, so only players from the Super Bowl era were considered.

Professional athletes are used to standing out for their physique, but when one stands out even among other pro athletes, they often become fan favorites. These unusually sized players often earn nicknames like “Super Gnat,” “Mighty Mouse” or “Too Tall.”

The smallest player in NFL history is Tony Jones. Here are the details:

Click here to see all the largest and smallest players in NFL history.