As automakers like General Motors, Volkswagen and Ford Motor make bold promises about transitioning to an electrified, emission-free future, one thing is becoming obvious: They will need a lot of batteries.

Demand for this indispensable component already outstrips supply, prompting a global gold rush that has investors, established companies and start-ups racing to develop the technology and build the factories needed to churn out millions of electric cars.

Long considered one of the least interesting car components, batteries may now be one of the most exciting parts of the auto industry. Car manufacturing hasn’t fundamentally changed in 50 years and is barely profitable, but the battery industry is still ripe for innovation. Technology is evolving at a pace that is reminiscent of the early days of personal computers, mobile phones or even automobiles and an influx of capital has the potential to mint the next Steve Jobs or Henry Ford.

Wood Mackenzie, an energy research and consulting firm, estimates that electric vehicles will make up about 18 percent of new car sales by 2030. That would increase the demand for batteries by about eight times as much as factories can currently produce. And that is a conservative estimate. Some analysts expect electric vehicle sales to grow much faster.

Carmakers are engaged in an intense race to acquire the chemical recipe that will deliver the most energy at the lowest price and in the smallest package. G.M.’s announcement last month that it would go all electric by 2035 was widely considered a landmark moment by policymakers and environmentalists. But to many people in the battery industry, the company was stating the obvious.

“This was the last in a wave of big announcements that very clearly signaled that electric vehicles are here,” said Venkat Viswanathan, an associate professor at Carnegie Mellon University who researches battery technology.

Battery manufacturing is dominated by companies like Tesla, Panasonic, LG Chem, BYD China and SK Innovation — nearly all of them based in China, Japan or South Korea. But there are also many new players getting into the game. And investors, sensing the vast profits at stake, are hurling money at start-ups that they believe are close to breakthroughs.

“I think we’re in the infancy stage,” said Andy Palmer, the former chief executive of Aston Martin and now the nonexecutive vice chairman of InoBat Auto, a battery start-up. “There is more money than there are ideas.”

QuantumScape, a Silicon Valley start-up whose investors include Volkswagen and Bill Gates, is working on a technology that could make batteries cheaper, more reliable and quicker to recharge. But it has no substantial sales and it could fail to produce and sell batteries. Yet, stock market investors consider the company to be more valuable than the French carmaker Renault.

China and the European Union are injecting government funds into battery technology. China sees batteries as crucial to its ambition to dominate the electric vehicle industry. In response, the Chinese government helped Contemporary Amperex Technology, which is partly state-owned, become one of the world’s biggest battery suppliers seemingly overnight.

The European Union is subsidizing battery production to avoid becoming dependent on Asian suppliers and to preserve auto industry jobs. Last month, the European Commission, the bloc’s administrative arm, announced a 2.9 billion euro, or $3.5 billion, fund to support battery manufacturing and research. That was on top of the more than €60 billion that European governments and automakers had already committed to electric vehicles and batteries, according to the consulting firm Accenture. Some of the government money will go to Tesla as a reward for the company’s decision to build a factory near Berlin.

The United States is also expected to promote the industry in accordance with President Biden’s focus on climate change and his embrace of electric cars. In a campaign ad last year, Mr. Biden, who owns a 1967 Chevrolet Corvette, said he was looking forward to driving an electric version of the sports car if G.M. decides to make one.

Several battery factories are in the planning or construction phase in the United States, including a factory G.M. is building in Ohio with LG, but analysts said federal incentives for electric car and battery production would be crucial to creating a thriving industry in the United States. So will technological advances by government-funded researchers and domestic companies like QuantumScape and Tesla, which last fall outlined its plans to lower the cost and improve the performance of batteries. 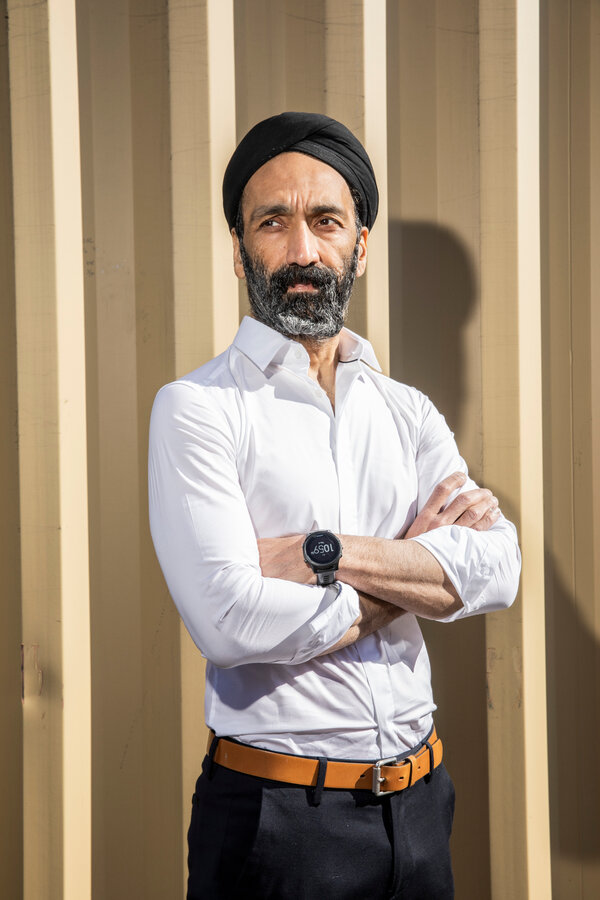 “There’s no secret that China strongly promotes manufacturing and new development,” said Margaret Mann, a group manager in the Center for Integrated Mobility Sciences at the National Renewable Energy Laboratory, a unit of the U.S. Energy Department. “I am not pessimistic,” she said of the United States’ ability to gain ground in battery production. “But I don’t think all of the problems have been solved yet.”

Entrepreneurs working in this area said these were early days and U.S. companies could still leapfrog the Asian producers that dominate the industry.

“Today’s batteries are not competitive,” said Jagdeep Singh, chief executive of QuantumScape, which is based in San Jose, Calif. “Batteries have enormous potential and are critical for a renewable energy economy, but they have to get better.”

For the most part, all of the money pouring into battery technology is good news. It puts capitalism to work on solving a global problem. But this reordering of the auto industry will also claim some victims, like the companies that build parts for internal combustion engine cars and trucks, or automakers and investors that bet on the wrong technology.

“Battery innovations are not overnight,” said Venkat Srinivasan, director of the Argonne National Laboratory’s Collaborative Center for Energy Storage Science. “It can take you many years. All sorts of things can happen.”

Most experts are certain that demand for batteries will empower China, which refines most of the metals used in batteries and produces more than 70 percent of all battery cells. And China’s grip on battery production will slip only marginally during the next decade despite ambitious plans to expand production in Europe and the United States, according to projections by Roland Berger, a German management consulting firm.

Battery production has “deep geopolitical ramifications,” said Tom Einar Jensen, the chief executive of Freyr, which is building a battery factory in northern Norway to take advantage of the region’s abundant wind and hydropower. “The European auto industry doesn’t want to rely too much on imports from Asia in general and China in particular,” he added.

Freyr plans to raise $850 million as part of a proposed merger with Alussa Energy Acquisition Corporation, a shell company that sold shares before it had any assets. The deal, announced in January, would give Freyr a listing on the New York Stock Exchange. The company plans to make batteries using technology developed by 24M Technologies in Cambridge, Mass.

The first priority for the industry is to make batteries cheaper. Electric car batteries for a midsize vehicle cost about $15,000, or roughly double the price they need to be for electric cars to achieve mass acceptance, Mr. Srinivasan said.

Those savings can be achieved by making dozens of small improvements — like producing batteries close to car factories to avoid shipping costs — and by reducing waste, according to Roland Berger. About 10 percent of the materials that go into making a battery are wasted because of inefficient production methods.

But, in a recent study, Roland Berger also warned that growing demand could push up prices for raw materials like lithium, cobalt and nickel and cancel out some of those efficiency gains. The auto industry is competing for batteries with electric utilities and other energy companies that need them to store intermittent wind and solar power, further driving up demand.

“We are getting rumbles there may be a supply crunch this year,” said Jason Burwen, interim chief executive for the United States Energy Storage Association.

An entire genre of companies has sprung up to replace expensive minerals used in batteries with materials that are cheaper and more common. OneD Material, based in San Jose, Calif., makes a substance that looks like used coffee grounds for use in anodes, the electrode through which power leaves batteries when a vehicle is underway. The material is made from silicon, which is abundant and inexpensive, to reduce the need for graphite, which is scarcer and more expensive.

Longer term, the industry holy grail is solid state batteries, which will replace the liquid lithium solution at the core of most batteries with solid layers of a lithium compound. Solid state batteries would be more stable and less prone to overheating, allowing faster charging times. They would also weigh less.

Toyota Motor and other companies have invested heavily in the technology, and have already succeeded in building some solid state batteries. The hard part is mass producing them at a reasonable cost. Much of the excitement around QuantumScape stems from the company’s assertion that it has found a material that solves one of the main impediments to mass production of solid state batteries, namely their tendency to short circuit if there are any imperfections.

Still, most people in the industry don’t expect solid state batteries to be widely available until around 2030. Mass producing batteries is “the hardest thing in the world,” Elon Musk, Tesla’s chief executive, said on a recent conference call with analysts. “Prototypes are easy. Scaling production is very hard.”

One thing is certain: It’s a great time to have a degree in electrochemistry. Those who understand the properties of lithium, nickel, cobalt and other materials are to batteries what software coders are to computers. Jakub Reiter, for example, has been fascinated with battery chemistry since he was a teenager growing up in the 1990s in Prague, long before that seemed like a hot career choice.

Mr. Reiter was doing graduate research in Germany in 2011 when a headhunter recruited him to work at BMW, which wanted to understand the underlying science of batteries. Last year, InoBat poached him to help set up a factory in Slovakia, where Volkswagen, Kia, Peugeot and Jaguar Land Rover produce cars.

Mr. Reiter is now head of science at InoBat, whose technology allows customers to quickly develop batteries for different uses, like a low-cost battery for a commuter car or a high-performance version for a roadster.

“Twenty years ago, nobody cared much about batteries,” Mr. Reiter said. Now, he said, there is intense competition and “it’s a big fight.”