The 20 Most Conservative Colleges in America 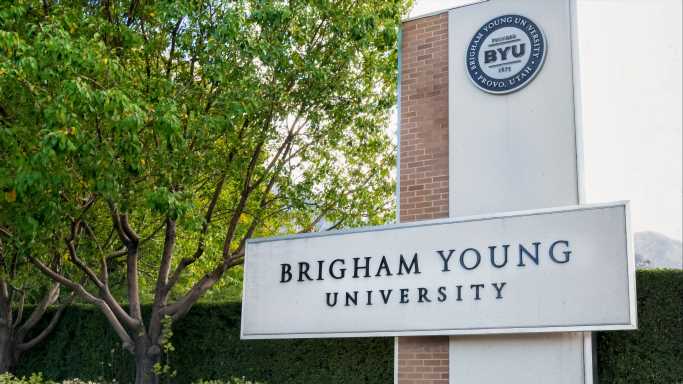 A recent Pew survey found that two-thirds of Democrats or those who lean left feel that colleges and universities have a positive effect on the way things are going in the country. On the other side of the spectrum, 59% of Republicans or those who lean right say higher education is negatively affecting the country.

The vast majority, 79%, of conservatives surveyed feel that professors are bringing their political and social views into the classroom, making it the most common complaint those on the right have with colleges and universities. This claim was echoed by former President Donald Trump during his term, and following his election in 2016, the share of Republicans who felt positively about the effects of higher education dropped — from 54% in 2015 to 36% in 2017.

Despite the relative dislike for colleges among Republicans, there are still dozens of higher learning institutions in America in which the vast majority of students consider themselves to be conservative.

24/7 Wall St. reviewed a survey of college campuses by school data clearinghouse Niche to determine the most conservative colleges in America.

Regardless of any ideological objections to higher education, few would argue that going to college is a good investment for those who can afford it. College-educated workers tend to earn much higher wages than those without a degree. Students of most schools on this list have relatively high median annual wages a decade after first entering the institution. This may be due in part to the fact that the most common majors at the majority of schools on this list are either medical or business focused programs. Workers with degrees in these fields typically earn high wages. These are the college majors that pay off the most.

Students often choose to go to schools that reflect their values and beliefs. Most colleges on this list are private, religious institutions. While these schools do offer certain potential advantages that large public schools do not, they tend to be much more expensive. This is the most expensive college in every state.