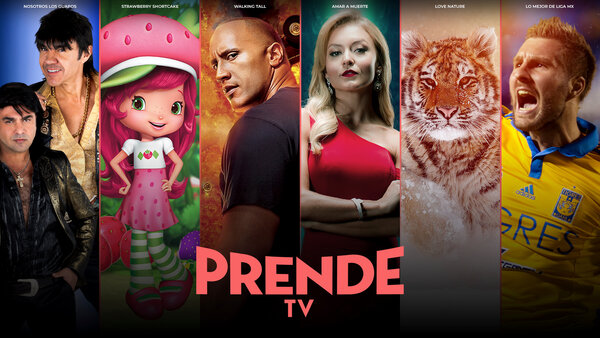 More than a decade ago, Grupo Televisa of Mexico and Univision of the United States, giants in the world of Spanish-language media, set aside years of hostility to strike an alliance. Now, the two companies are deepening their bonds to better compete in the streaming era.

Televisa agreed on Tuesday to sell its media, content and production assets to Univision for $4.8 billion. The deal includes SoftBank and Google as financial backers.

It is the latest evolution in the ties between Televisa and Univision, whose relationship has been strained at times: They battled in court over Televisa’s attempt to end a 25-year contract with Univision to make telenovelas, crucial programming for the Spanish-language market, settling just before Televisa’s chairman was set to testify.

The two have grown closer in recent years, beginning with a licensing deal in 2010. Televisa, which produces much of the programming that airs on Univision, owns just over a third of the company.

Together, the two companies dominate the Spanish-language broadcast markets in the United States and Mexico. Their traditional business has held up, with Univision’s ratings rising last year, but executives said they believed that creating a dominant streaming service was the future.

There is room for growth: Executives of both companies estimate that just 10 percent of the 600 million viewers in the Spanish-language media market use an online video service, compared with 70 percent of the English-speaking population.

But competing with services like Netflix required much bigger scale, prompting the two companies to consolidate further. The new business, to be called Televisa-Univision, will have an enormous content library — Televisa produced 86,000 hours of programming last year — broadcast and pay-TV channels and stations and a movie studio. The new business will also control the two companies’ online video services, PrendeTV and Blim.

“We had to gain scale and unify the media rights to compete against the giants,” Bernardo Gómez Martínez, one of Televisa’s co-chief executives, said in an interview.

The executives said that beyond the sheer amount of resources Televisa-Univision will have, the new company also has an advantage that others like Netflix do not: a foundation in the Spanish-language market.

“Those companies are first and foremost English-language companies,” said Wade Davis, Univision’s chief executive. “At the core of it, their core offering is not Spanish language first.”

As part of the deal, Univision and Televisa are bringing in $1 billion in new investment to their venture. Among the investors are SoftBank’s Latin America Fund, Google and the investment firm Raine Group.

The transaction is expected to close by the end of the year, pending approval by regulators in the United States and Mexico and by Televisa’s shareholders.