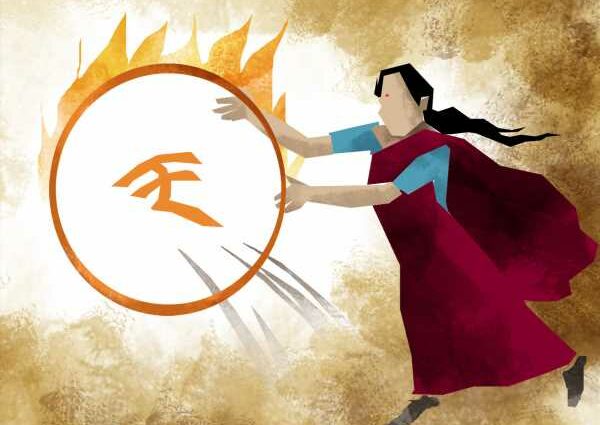 The central government is likely to exceed the budgeted tax collection target of Rs 22.2 trillion for the current fiscal year, led by better indirect tax mop-up, compliance measures, and recovery in most sectors following the second wave of the Covid pandemic. Personal income and corporate tax collections (net of refunds) grew 74 per cent to Rs 5.70 trillion in the first half of the current financial year, driven mainly by advance tax and TDS payments.

The target for the current fiscal year is Rs 11.08 trillion; higher taxes are paid usually towards the end of a fiscal year.

The Goods and Services Tax (GST) mop-up is expected to remain above the Rs 1.1 trillion-mark a month as the festive season is set to see an improvement in consumer spending.

Besides, a sharp increase in duty on petrol and diesel continued to keep excise revenue on an upswing.

According to him, companies, so far, have paid taxes cautiously amid uncertainties around the third Covid wave, but since vaccination is proceeding rapidly and is set to cover the entire adult population by December, the impact wouldn’t be as severe as the second wave.

But, the monthly GST collection is expected to touch the Rs 1.5-trillion mark, on a regular basis, only in the next fiscal year, he added.

After devolution to states, the Centre’s net tax revenue for FY22 was pegged at Rs 15.45 trillion.

The GST revenue, including the Central GST and compensation cess, was pegged at Rs 6.30 trillion for the current FY.

Economists, too, see tax revenue overshooting the BE for FY22.

Soumya Kanti Ghosh, group chief economic adviser, State Bank of India, said: “According to our estimates, the revenue collection for the fiscal year would surpass the FY22 budgetary target by up to Rs 2.5 trillion, taking total collection to over Rs 24 trillion.

“This is mainly due to tax buoyancy in both direct and indirect tax collections.”

The Centre projected corporation tax to stand at Rs 5.47 trillion and personal income tax at Rs 5.61 trillion in BE for the current fiscal year.

Among indirect taxes, the average monthly gross GST collection, including Central GST, State GST, and compensation cess, for the second quarter this year was Rs 1.15 trillion, which was 5 per cent higher than Rs 1.10 trillion in the first quarter.

GST collection exceeded Rs 1.1 trillion for the third month in a row in September when it grew 4 per cent YoY to Rs 1.17 trillion.

Besides economic recovery, measures against anti-evasion activities, especially action against fake billers, have been contributing to enhanced GST collection.

Meanwhile, the central excise duty collection has already touched Rs  1.37 trillion (until August) in FY22 – growth of 37 per cent over Rs  1 trillion collected by the Centre in the first five months of FY21 through excise duty.