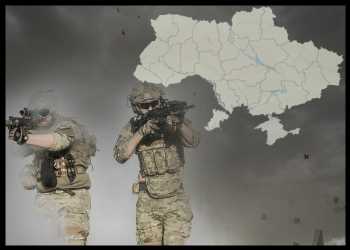 The Ukrainian military’s defense in Luhansk is growing more difficult, the head of the eastern region’s military administration says. “It is getting harder, but our military is holding back the enemy from three directions at once,” Serhiy Hayday said via Telegram Wednesday.

Ukraine is suffering “painful” losses as Fierce fighting continues in the key eastern city of Severodonetsk and the Kharkiv region, Ukrainian President Volodymyr Zelensky said during a video address to the nation.

Russia has promised to allow evacuating civilians holed up in a chemical plant in Severodonetsk Wednesday.

Hundreds of civilians are reportedly sheltering in the plant alongside Ukrainian soldiers.

UNICEF regional director Afshan Khan said nearly two-thirds of Ukrainian children have been forced to leave their homes during the conflict.

NATO Secretary General Jens Stoltenberg said that the alliance will continue to support Ukraine, supplying them with a military support package that would help the Ukrainian army transition from Soviet-era artillery to more modern weapons.

“We are extremely focused on stepping up, providing more support, more advanced weapons … because we support them in their just fight against the brutal Russian invasion,” he told reporters in Brussels ahead of a NATO Defense Ministers meeting Wednesday.

NATO will have preassigned forces and prepositioned equipment on its eastern flank for the first time since the Cold War, according to the alliance chief.

Swedish furniture company IKEA announced that it will “further scale down” business in Russia and Belarus.

Lates News:
2022-06-15
Previous Post: CONSENSUS 2022 HIGHLIGHTS: PlayDapp Makes 3 Major Announcements At The World’s Largest Blockchain Conference
Next Post: He predicted US inflation would rise. Hear what he thinks about a recession