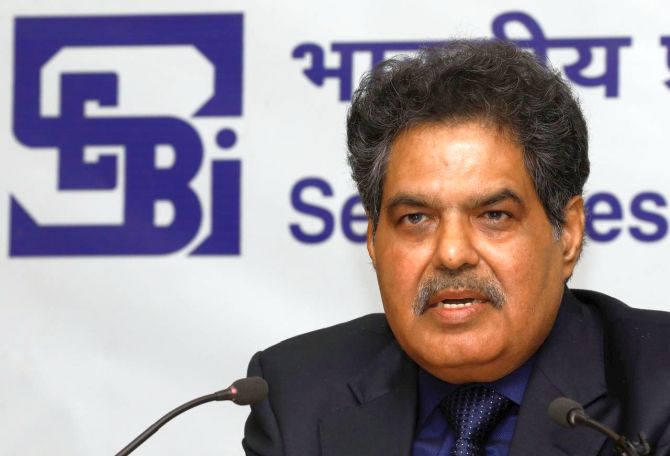 The Securities and Exchange Board of India (Sebi) chairman Ajay Tyagi’s term is ending in February next year, but sources say the government is likely to give him a two-year extension.

Tyagi took charge from his predecessor, U K Sinha, on March 1, 2017, for five years.

But, the government had cut his tenure by two years, without giving any details.

The order said his term will be for a three-year period.

Sources in the government said the concerned department has been intimated about the selection process, and if the Centre decides not to give Tyagi an extension, it might soon put out notification inviting applications.

According to the rules, the Appointments Committee of the Cabinet, headed by the prime minister, decides the appointment of Sebi chief for a five-year term, or up to the age of 65.

Some Sebi members appointed recently have been given five-year terms.

Within a month, he passed an order in the long-pending matter against Reliance Industries and imposed a penalty of over Rs 1,000 crore.

Another benchmark order was against National Stock Exchange in connection with co-location matter, directing the exchange to deposit Rs 1,200 crore in an investor fund and barring it from accessing capital market for six months, along with claw back of salaries paid to its two former cheif executive officers for lapses.

Sebi, under his leadership has dealt with several cases involving, Infosys, Tata Sons, ICICI bank, Religare among others.

Tyagi was also instrumental in executing the new corporate governance code for mutual funds, aimed at improving transparency and bringing down cost.

The former bureaucrat has also raised its voice against certain decisions of government such as transferring 75 per cent of surplus fund to the government kitty and on proposal of amending minimum public’s shareholding norms.

He is known as quiet worker, who keeps a low profile.

He had played a key role in merging Sebi with erstwhile commodity regulator Forward Markets Commission.

He was a joint secretary in the ministry of environment and forests, before joining the finance ministry in November 2014 as an additional secretary.

During that time, he had spearheaded foreign direct investment (FDI) reforms and measures.