The police investigation into what really went down on the set of Rust in October 2021 when Alec Baldwin shot and killed cinematographer Halnya Hutchins is still ongoing, but today the armorer in the spotlight of the troubled indie Western has launched her own legal action against the man she says supplied the fatal ammunition. 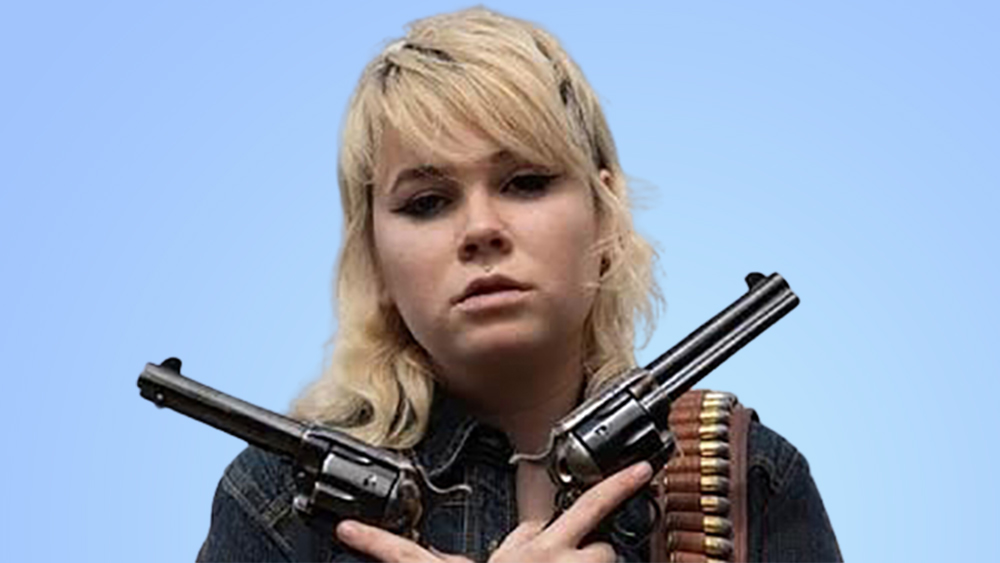 “Defendants distributed and sold prop ammunition which presented as unreasonable
risk of injury, without warning of the risks that could have been avoided had the risks been disclosed,” says Hannah Gutierrez Reed in a complaint filed today in New Mexico court against Rust armorer/mentor Seth Kenney and his Albuquerque-based PDQ Arm and Prop. company. “Defendants prepared dummy ammunition cartridge boxes from surplus ammunition stockpiles that comprised of both dummy and live ammunition,” the explosive 22-page suit from lawyers Jason Bowles and Todd J. Bullion adds (read it here).

“These false representations caused live rounds to be introduced on set, resulting in a foreseeably catastrophic outcome, and causing damages to persons on the Rust set,” the civil complaint alleges. “The introduction of live rounds onto the set, which no one anticipated, combined with the rushed and chaotic atmosphere, created a perfect storm for a safety incident.”

Detailing how apparent negligence by Kenney supposedly mixed up the live and dummy rounds on the already gun discharged plagued film, Wednesday’s suit implicitly carries forward the sabotage theory that Gutierrez Reed’s attorneys have been pushing for months. The complaint also seeks to reinforce the tale that the armorer’s industry vet father Thell Reed has been espousing since late November last year.

Gutierrez Reed, who reveals she was paid $7,500 to be both armorer and a props assistant on the $7 million budgeted Rust, is seeking a jury trial and variety of damages from Kenney.

A long time associate of the elder Reed and a colleague of Gutierrez Reed’ on the Nicolas Cage movie The Old Way, Kenney emerged as a potential key player in the tragedy about a month after Hutchins’ death.

On November 30, 2021, a New Mexico judge granted the Santa Fe Sheriff’s Office a a fourth search warrant in their probe. “Affiant is requesting a search warrant be approved for the business of PDQ Arm & Prop, LLC, in attempt to search for any items of evidentiary value that will help with the ongoing investigation in relation to the death of Halyna Hutching (sic) on the set of Rust, filmed at the Bonanza Creek Ranch,” requested the successful affidavit from Detective Alexandria Hancock.

Named as a defendant in the two lawsuits that have already been filed in the Rust tragedy, weapons specialist Kenney has emerged as a pivotal figure in the cops’ probe, along with armorer Gutierrez-Reed and First Assistant Director Dave Halls. Like star-producer Baldwin, both Gutierrez-Reed and Halls hired defense lawyers fairly quickly after the fatal shooting last fall.

Speaking to Good Morning America on December 2, Kenney said of the live rounds that killed Hutchins and wounded Rust director Joel Souza that “it’s not a possibility that they came from PDQ or from myself personally.”

Previous search warrants executed by the police at the Bonanza Creek Ranch set have found a number of weapons and, according to Sheriff Adan Mendoza, “500 rounds of ammunition … a mix of blanks, dummy rounds and what we are suspecting are live rounds.”