When the COVID-19 pandemic suddenly upended the daily routines of American life a year ago, Robert St. John faced a grim reality: his years running a string of successful restaurants in the Hattiesburg, Mississippi, area might be coming to an end.

“Within a matter of days, I was having conversations with my wife and kids that we’re probably going to lose this house and lose our businesses, and life is going to change drastically going forward,” he recalled Wednesday. “The outlook was dire.”

St. John closed three of his restaurants but hung on as Washington began doling out help for small businesses starting in April. Then came the news Thursday he and thousands of other restauranteurs around the country have been thirsting for: President Joe Biden signed into law a $1.9 trillion COVID relief package with $28.6 billion for family-owned restaurants. 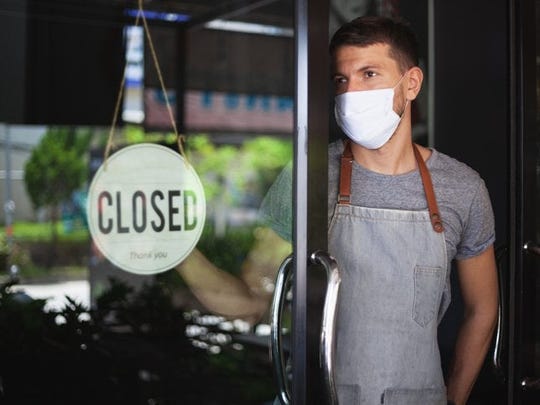 “Today, the heartbreak starts to heal,” said Erika Polmar, executive director of the Independent Restaurant Coalition, which has been prodding Congress to assist the mom-and-pop industry crucial to small towns, sprawling suburbs and bustling cities. She said the law “will make the difference between shuttered storefronts and open doors.”

The coronavirus pandemic has devastated almost every sector of the U.S. economy, but few felt the sting as acutely as restaurants. The social distancing measures states and local governments imposed to slow the spread of the virus were especially damaging to businesses dependent on a steady stream of in-person traffic.

As of Dec. 1, more than 110,000 eateries and bars – about one of every six in the United States – closed for business during 2020, some temporarily, others forever, according to the National Restaurant Association. Nearly 2.5 million jobs were lost and as many as 8 million chefs, servers and other restaurant workers were laid off or furloughed at some point during the past year, the NRA estimates.

Live stage venues, who also saw the curtain close in 2020, got a hand as well in the just-passed bill, known as the American Rescue Plan. Congress added $1.25 billion to the Shuttered Venue Operators Grant Program Congress created in December so more eligible clubs, arenas and theaters could take advantage.

The National Independent Venue Association, a group of more than 3,000 independent operators across the country, had been lobbying lawmakers through a #SaveOurStages campaign that described their plight in stark terms: “We were the first to close. We will be the last to open.”

The money in the bill is welcome, the group said, but they are also frustrated that the Small Business Administration hasn’t moved more quickly to dispense the $15 billion that was approved for the program nearly three months ago.

“We hang by a thread waiting for the SBA to open the (program),” the association tweeted Wednesday. 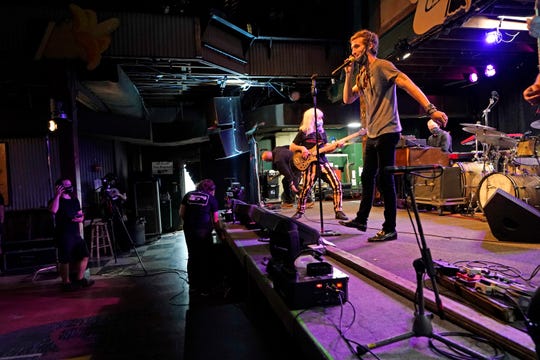 Entertainment venues in New Orleans have been given permission to start hosting live music again starting this weekend, but under strict regulations. Dancing is ruled out under the regulations, which also note that patrons must “refrain from cheering or singing along.” (Photo: Gerald Herbert/AP)

Both assistance programs are in addition to the Paycheck Protection Program, created last March by Congress to help small businesses survive during the pandemic. While Congress has plowed hundreds of billions into it, the restrictions on how the money could be used (namely, an emphasis on payroll) did not fit well with restaurants and live-entertainment venues that spend the bulk of their resources on utilities, supplies and other non-personnel expenses.

Not a single Republican in the House or the Senate voted for the American Rescue Plan, instead slamming the bill as a “liberal wish list” full of blue state giveaways that would do little to help the country recover from the pandemic. But Mississippi GOP Sen. Roger Wicker, who co-sponsored efforts to steer more aid to struggling restaurants, tweeted Wednesday money for eateries was a “bright spot” in the bill.

One bright spot from this week’s budget package is the $28.6 billion in targeted support for restaurants that have been hit hard by the pandemic. @SenSinema and my RESTAURANTS Act was the first amendment added to the package. @[email protected]@IndpRestaurantspic.twitter.com/XzSc3oR7ik

Senate Majority Leader Chuck Schumer, D-N.Y., the son of a small business owner who led the effort to insert the restaurant funding in Biden’s proposal, told reporters on a conference call the issue was personal for him. Schumer said the funding would save a third of restaurants in his state from closing.

“So it comes in the nick of time,” he said. “Restaurants are our heart and soul. It’s one of the ways we get together and mix and mingle. They’re the life blood of New York.”

St. John said the difficult conversation he had with his family in the early days of the pandemic “seems like 10 years ago.”

Though he closed three restaurants, he has since opened a new one. And he’s been able to build his work force back up to the pre-pandemic level of 300.

“In those early days, I didn’t expect to be here in this position,” he said. “And this bill moving forward is going to enable us to go forward and keep all of them employed.”