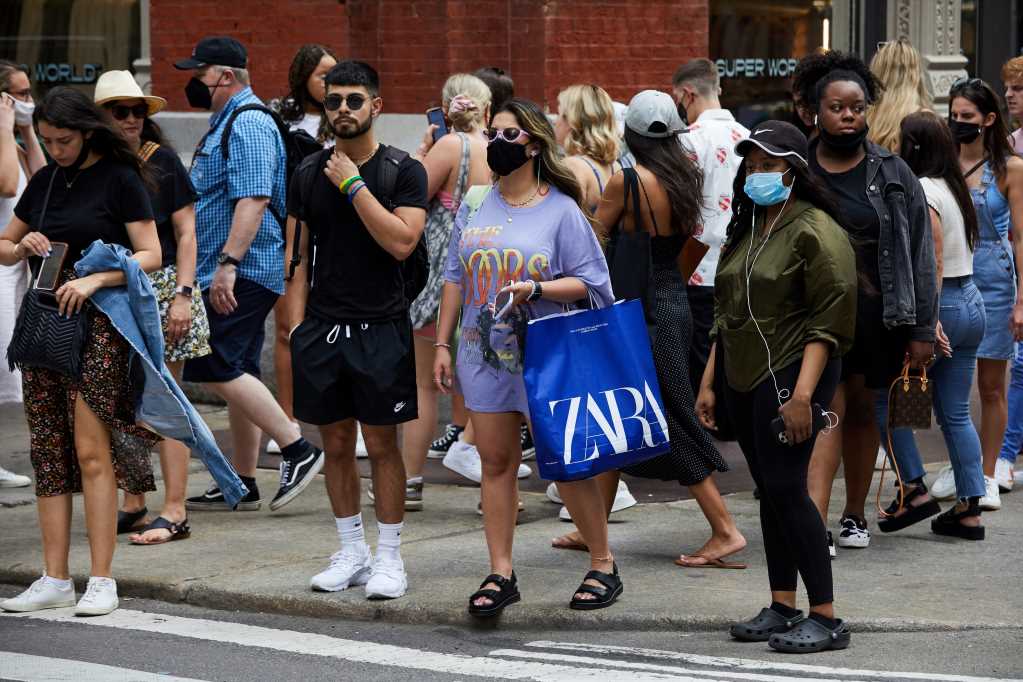 Springboard’s latest U.S. downtown retail traffic report for July showed a decline of 44 percent from the pre-COVID-19 period — which is the fifth consecutive month of improvement. In January and February of this year, the drop in pedestrian traffic was 63 and 67 percent, respectively.

The report follows research on consumer behavior released earlier this summer that showed an increase in people visiting physical stores — including dining out. Industry analysts are carefully looking at pedestrian traffic in stores to see how the recent spike in the COVID-19 variant affects shopping and consumer behavior.

In the downtown pedestrian report, researchers at Springboard said half of all shoppers to these retail locations “haven’t changed when or how often they visit retail destinations from before COVID-19, providing a clear opportunity for downtown traffic to bounce back.”

Digging deeper into the numbers showed that downtown retail traffic “improved from week to week as [July] progressed, with traffic in the last week of the month being 10 percent higher than in the first week.” Springboard’s data is based on 44 million pedestrian traffic counts each week at 2,160 counting points located at 1,100 metropolitan shopping locations in the U.S.

Regarding the time of day, Springboard said pedestrian traffic improved “across all parts of the day, although the largest gap from 2019 of [a decline of] 50.3 percent was over the breakfast period compared with an average of [negative] 41.2 percent during the lunch/afternoon period.”

The Cape Makes A Return On The Runway

Improving traffic overall and the stronger numbers during the afternoon period “reflects Springboard’s most recent U.S. Retail Consumer Report, which identified that in July, 53 percent of consumers continued to work from home for at least part of the week,” the company said.

In its U.S. Retail Consumer Report, authors of the report said a key element “of the understanding of the impact of the pandemic on consumer behavior is examining the extent to which consumers continue to stay close to home, prioritizing visits to neighborhood centers over larger downtowns, and also the influence of online shopping, both of which have been key trends of the pandemic period.”

The broader retail consumer report found that 30 percent of shoppers “feel completely comfortable visiting shopping malls, downtowns or shopping centers” which compares to 26 percent in the May report. Regarding the number of shoppers who have yet to shop in person in a physical store, that number dropped to 17 percent from 21 percent in the May report.

The research also showed that 76 percent of consumers “shop more or the same amount in smaller neighborhood centers now than before COVID-19,” which is up from 71 percent in May.