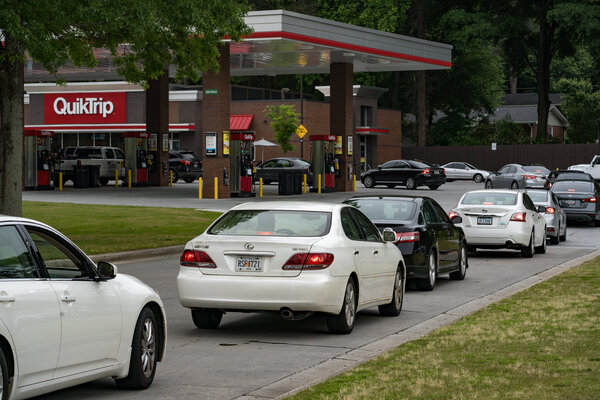 Panic over the shutdown of a vital fuel pipeline in the United States has driven Americans to search for gas for their vehicles, causing several thousand gas stations across the nation to run out of fuel. Hundreds of others are limiting sales.

State officials in the Southeast have made efforts to stabilize the flow of gas, but consumers have become gripped by a fear that there could be a gas shortage. Many have turned to social media to vent, posting videos and pictures of long lines and empty pumps at filling stations. Some have begun comparing President Biden to President Jimmy Carter, who was the nation’s leader when gas lines rattled the country after the Iranian revolution and other Middle East troubles.

But the energy crises of the 1970s were caused by embargoes, the revolution and declining production. Experts say the reaction to the pipeline outage is somewhat out of proportion with the actual risk.

“The oil and gasoline is there,” said Amy Myers Jaffe, an energy expert at Tufts University. “We can pump it manually, we can carry it by truck, and the government and other entities can hire ships. And we have oil in inventories.”

Officials in states with the longest gas lines are asking for calm. “I’m urging everyone to be careful and be patient,” said South Carolina’s attorney general, Alan Wilson.

“Remember when it wasn’t a good idea to panic buy toilet paper last year? Please don’t do it with gas now,” the Virginia Department of Emergency Management tweeted on Wednesday.

The frenzy came after the Colonial Pipeline, which runs 5,500 miles from Texas to New Jersey, was shut down on Friday after a ransomware attack. The pipeline operator has said that it hopes to restore most operations by the end of the week.