NFTs ‘will be everywhere’ in years to come, according to crypto expert 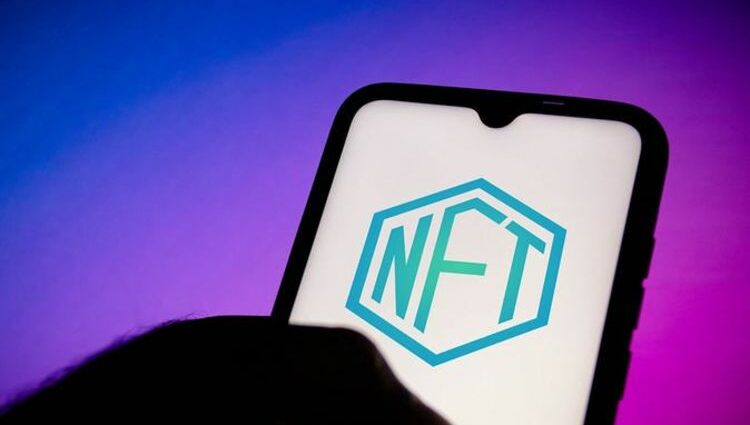 The world of cryptocurrencies has rapidly gained more prominence over the last few years, with big advocates claiming they can revolutionise the way the global economy operate. The popularity of Bitcoin and Ethereum among others has grown, with the total capitalisation of the entire cryptocurrency market at the time of writing over £1.4trillion, as reported by CityAM. Crypto has also come under criticism given its volatility, as well as the fact it is unregulated. NFTs, or non-fungible tokens, are also gaining in popularity.

They usually take the form of digital images, and are bought and sold for large sums of money in a similar fashion to how art is traded.

When an NFT is bought, the buyer owns the link to the image as proof of ownership.

The tokens are based on a blockchain, meaning purchases can be traced and their uniqueness can be proved.

Finance expert at the University of Sussex, Carol Alexander, believes NFTs “will be everywhere” in the future.

She said: “The public attention went on to NFTs. They are going to be everywhere. Once the public realised this, they became very interested in the technology.

“In the future, everything that requires proof of ownership is going to be an NFT.

“I think it’s that realisation that made the market get excited about that technology.”

The world of NFTs isn’t without its detractors, though.

One reason for scepticism is similar to the suspicions surrounding Bitcoin – that NFTs are speculative assets with an unregulated market.

Like crypto, there are also environmental concerns due to the energy used for transactions.

As reported by NBC this week, there are also concerns around art work being used to create the images without the permission of the artist.

Ms Alexander also gave her view on Bitcoin and Ethereum, claiming the latter will enjoy more success in the long term.

She says Web 3.0, the third version of the internet that experts claim will incorporate decentralisation based on blockchains, will favour cryptocurrencies Ether, DOT, ADA and SOL.

Ether, DOT, ADA and SOL are traded on the Ethereum, Polkadot, Cardano and Solana blockchains respectively.

Prof Alexander says they will enjoy more prominence on Web 3.0 because, unlike Bitcoin, they can carry smart contracts.

Smart contracts are used in blockchains to outline agreements between two parties in an automated way, rather than through human interaction.

DON’T MISS
How China’s crypto crackdown & Kazakhstan’s crisis has affected crypto [INSIGHT]
What’s going on with Bitcoin? [ANALYSIS]
Venezuela tipped to be next to make Bitcoin a national currency [INSIGHT]

For example, instead of needing a bank to approve a fund transfer from client to contractor, the process can happen automatically.

She told Express.co.uk: “Web 3.0 is here now, and it’s growing. Bitcoin is a blockchain that can’t carry smart contracts. It was a joke from the beginning.

“The Bitcoin blockchain is obsolete, and if the coin is useless, it just becomes a speculative asset that can be played with by Wall Street giants.

“2022 will be the year of the coin. Ether, DOT, ADA and SOL – these coins power very good blockchains which power Web 3.0.

“Bitcoin uses up far too much energy, these other coins don’t. 2022 will be the year of the coin, but not Bitcoin.”