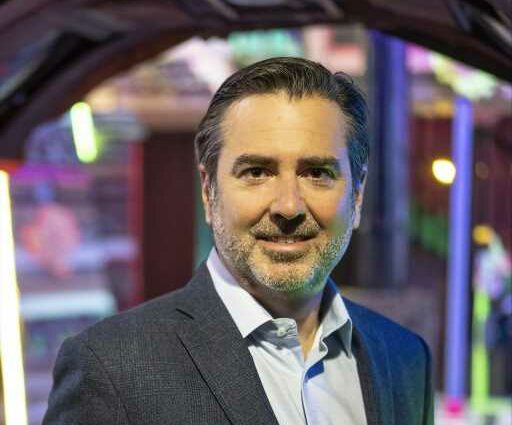 EXCLUSIVE: Meow Wolf, the US-based arts and entertainment company, will welcome a new CEO, Jose Tolosa, formerly of ViacomCBS. Tolosa brings with him 25 years of experience in emerging industries and will be focused on continuing Meow Wolf’s expansion and growth.

Tolosa takes over the role from co-CEOs Carl Christensen, Ali Rubinstein and Jim Ward, who became interim Co-CEOs in October 2019. Ward, originally Chief Content Officer, stepped down as Co-CEO in 2021 and remains an advisor to the company. Christensen and Rubinstein will return to their original roles as Chief Financial Officer and Chief Creative Officer.

“Ali, Carl and Jim have been instrumental in building Meow Wolf into a strong, strategic business for the past two years and we could not be more grateful for their leadership,” said Christopher Sobecki, chairman of Meow Wolf’s board, “We are excited for the new focus Jose will bring to the company as we continue to take Meow Wolf into new dimensions.”

“Meow Wolf has imagination at its core,” Tolosa said in a statement, “It is not only poised to impact communities and artists, as it has already proven, but to change the way people think and experience the world around them. This unique and pivotal moment in the company’s history is an opportunity to seek sustainable, thoughtful growth, expanding our exhibitions and engaging beyond the four walls. I am incredibly grateful for the opportunity to become a part of such a fantastic organization.”

“Meow Wolf’s mission continues to be inspiring creativity through art, exploration and play so that imagination can change the world,” said Rubinstein, “2021 proved this is possible and set the stage for what is to come. We are ready to create more and inspire more, and we believe Jose will guide this effort beautifully.”

Meow Wolf’s exhibitions were recently recognized in Time Out’s ‘10 reasons to get seriously excited about 2022 in the U.S.’ It was founded by Vince Kadlubek, Caity Kennedy, Corvas Brinkerhoff, Emily Montoya, Matt King, and Sean Di Ianni in 2008.