McDonald’s gave away millions of free fries thanks to Toronto Raptors’ success: report

McDonald’s is planning to hire more workers over the age of 50 and is teaming up with the AARP to help fill the new positions.

The Toronto Raptors are currently one win from their first NBA title after Friday night’s win against the Golden State Warriors.

However, McDonald’s may have not won after its Raptors-related promotion appeared to backfire, according to a report by the Financial Post.

Chuck Coolen, the head of marketing for McDonald’s in eastern Canada, had inked a sponsorship deal with the Toronto Raptors that would take place during the 2018-2019 NBA season.  Each time the team made more than 12 three-pointers during a game, McDonald’s restaurants in Ontario would give out a free medium fry. 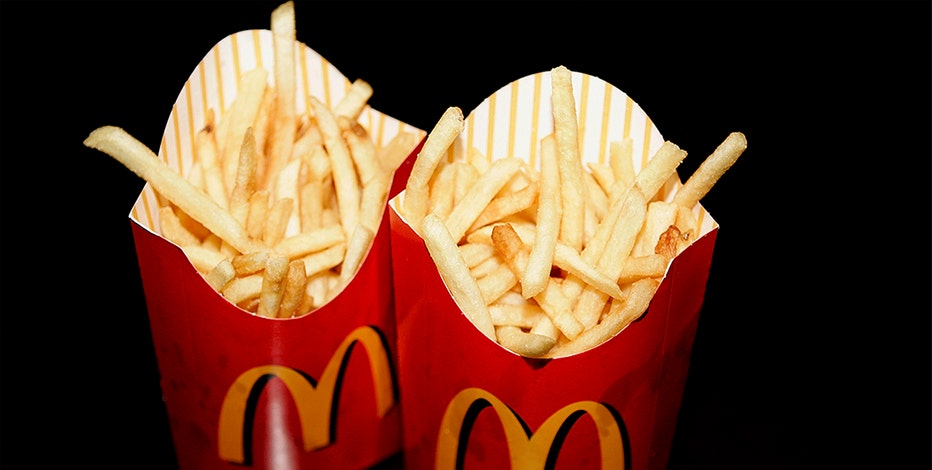 The McDonald’s promotion giving away a medium fry in Ontario each time the Toronto Raptors made at least 12 three-pointers in a game appeared to backfire, a report stated. (Reuters)

However, the Raptors traded for NBA stars Kawhi Leonard and Danny Green 18 days after the deal was made.

So far, McDonald’s in Ontario have out more than 2 million free fries. The number is about three times the estimated 700,000 orders McDonald’s projected it would give away. A medium french fry at McDonald’s costs an average $2.89 – meaning around $5.8 million (more than $4.3 million USD) worth of fries were given away due to the promotion.

After the Raptors’ win on May 30, McDonald’s gave away a record 80,000 free medium french fries.

Mike Forman, who owns four franchises in Ontario, told the Financial Post that his restaurants will add extra people for free fry days. When asked if he wanted to keep going with the promotion, he said it was “good.”