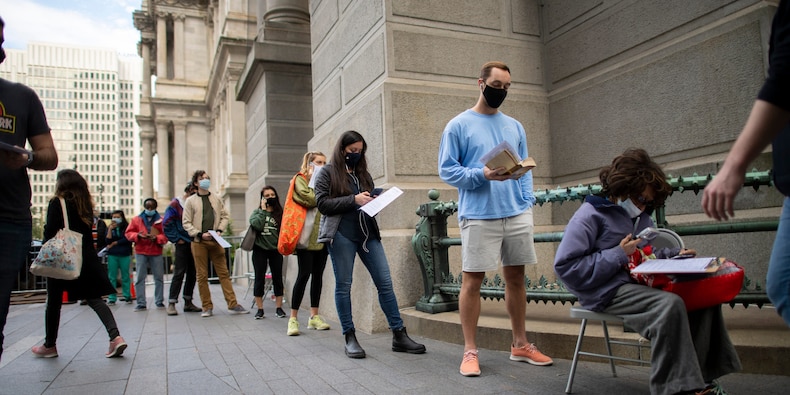 The stock market may be underestimating the possibility of a contested election scenario where the result is unclear for a while, said Amy Wu Silverman of RBC Capital Markets.

The RBC head of derivatives strategy told CNBC on Tuesday that based on the moves implied by options trading around the election, the market believes the result will be concluded quickly.

Although many wealth managers have told clients to prepare for an uncertain, protracted election, Wu Silverman said the idea of a contested result is “severely underpriced.”

Read more: Bond king Jeff Gundlach is predicting a Trump win, but with ‘far less conviction’ than he did in 2016. He and famed economist David Rosenberg share the best and safest areas to invest in a post-election world.

She added: “We in the options market think about tail events, my worry now is that maybe a situation coming up where there is not a clear winner for a while… is being underpriced right now.”

A tail event is an unpredictable and rare market outcome that could come as a shock to investors.

The strategist acknowledged that the stock market is eagerly waiting for the next fiscal stimulus package to pass, but no progress will be made until a clear winner of the election is determined.