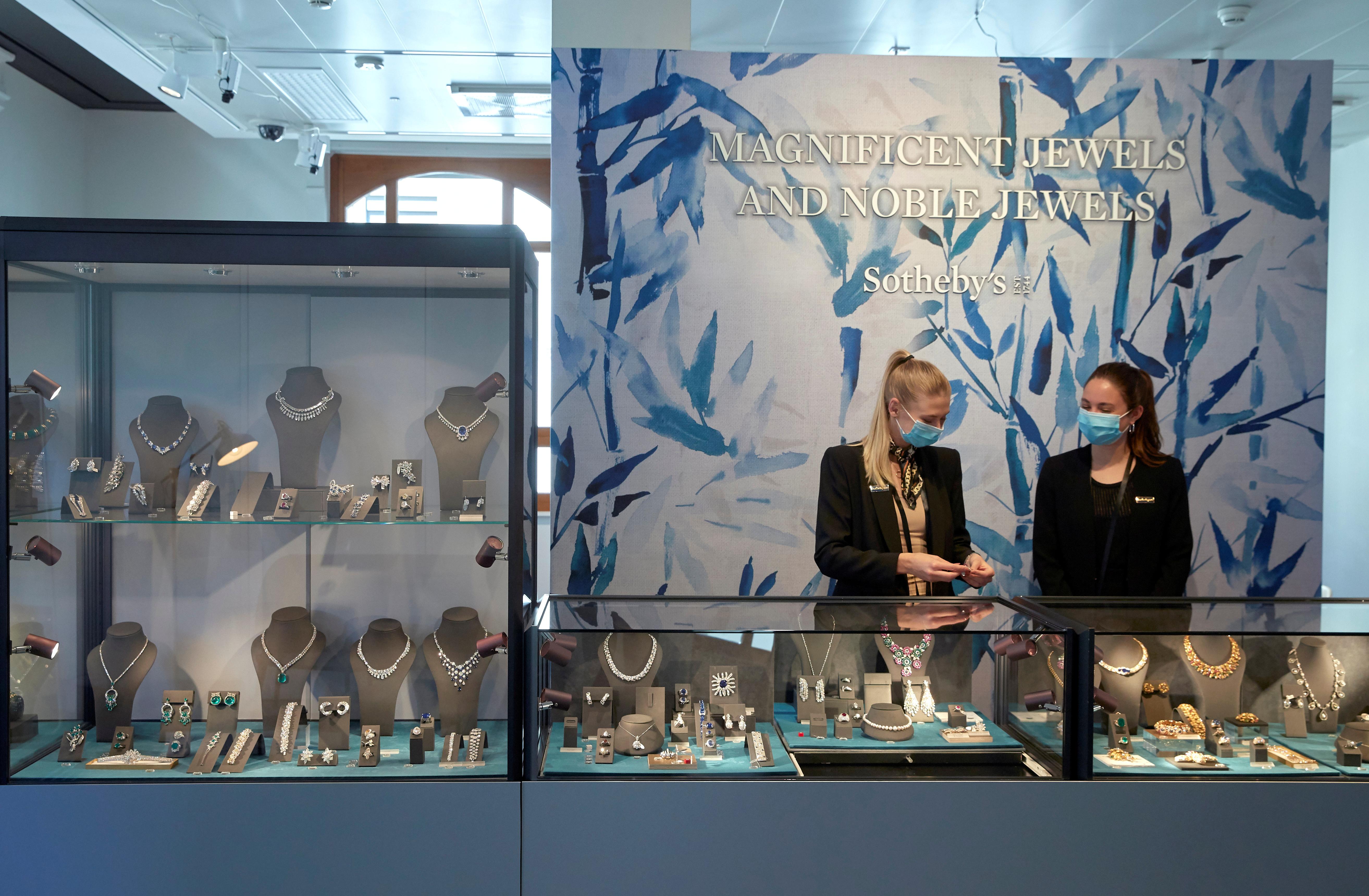 GENEVA (Reuters) – Rare coloured diamonds and historic gems will be seeking new owners at Sotheby’s semi-annual sale in Geneva this week, as live auctions resume after a suspension due to the coronavirus pandemic.

“The live sales have their place, absolutely, you know the drama, the excitements. But the online sales are here to stay, there is no question, it is going to go well I think,” he said.

Rival Christie’s plans its jewellery sale in the Swiss city on July 22.

Lots on offer at Sotheby’s include a Cartier diamond bracelet with geometric shapes and leaves from the 1930s. “A beautiful thing … People collect Cartier now of course, but these are the star pieces of the best period of Cartier production,” Bennett said.

He added: “And, there is something that I really love, a very rare 100 carat sapphire, a cushion shape sapphire untreated, absolutely beautiful colour. It is from Sri Lanka. And you know, in my more than 40 years career I have never seen more than a couple of this size. It is very rare, it is almost like a magical size 100 carats.”

An emerald and diamond necklace which belonged to Consuelo Montagu (1853-1909), an American socialite who became Duchess of Manchester, is estimated to fetch 300,000-390,000 Swiss francs, Sotheby’s said.