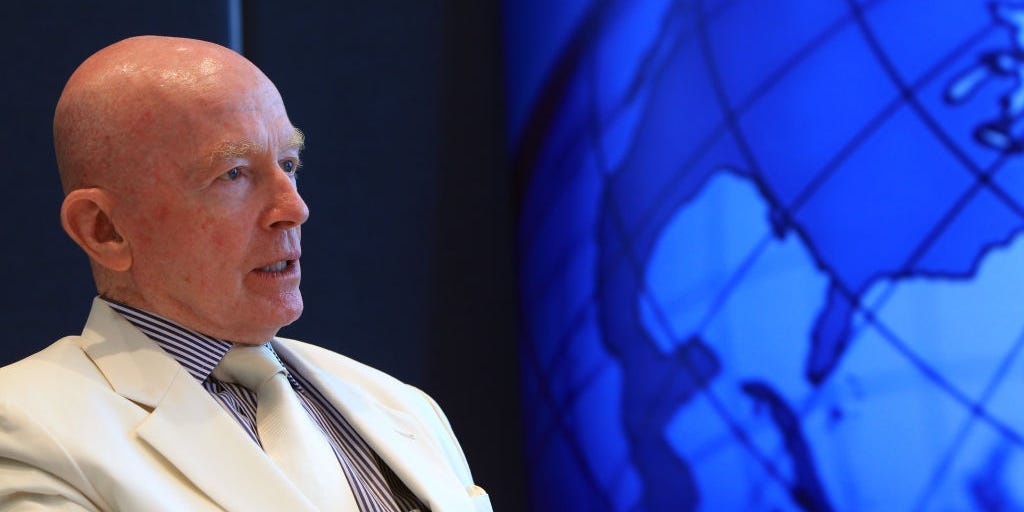 Investing legend Mark Mobius told CNBC that the S&P 500 is forming a “dangerous” double-top pattern as investors grow worried that the US election may be contested.

A double-top is a bearish reversal pattern that tends to occur at or near the high of a security. The security surges, dips, then surges back near the same level. If the price then falls below the support level reached during the intermittent dip, the double top is confirmed.

“It is interesting if you are a technician, you look at the S&P 500 and it looks like a double top is forming, which is quite dangerous,” said Mobius. “So I think people are quite concerned not only about who will win, but whether there is going to be a hung election.”

Read more: Nancy Zevenbergen has outperformed 99% of her investor peers over the last 5 years. She shared 5 tips for starting a successful growth fund — including ones adopted by fellow Wall Street titans Warren Buffett and Cathie Wood.

The S&P 500 hit a record closing high of 3,580 on September 2, then endured a sharp decline during the rest of the month. The benchmark index climbed back to a high of 3,534 points on October 12 but has now lost roughly 2% since then.

The founding partner of Mobius Capital Partners said that the US election is having a “big bearing on the markets” globally.

“I think a lot of investors, not only in the U.S. but around the world, are watching this very, very carefully because they know a downturn in the US market will affect everybody,” he said.

Mobius added that a Joe Biden victory may be bad for the US and international markets in the short term. In the long term, investors will need to wait and see what policy changes the former vice president enacts.

“If he decides not to impose tax increases, then that would be good for the markets, so we have to watch what the actual actions are once he gets into office, if he does get into office,” said the investor.