Particularly hit has been the apparel sector, where the time taken by the industry to adjust to the Goods and Services Tax regime, downward revision of export incentives, and a credit squeeze faced by small and medium scale enterprises, has pushed production downwards. 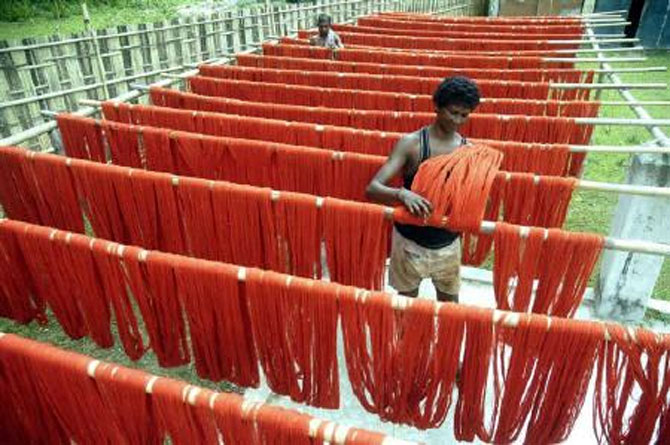 The new government would have to rethink its policy on turning around India’s second-largest job provider, as the textile sector continues to gasp for growth.

Particularly hit has been the apparel sector, where the time taken by the industry to adjust to the Goods and Services Tax regime, downward revision of export incentives, and a credit squeeze faced by small and medium scale enterprises, has pushed production downwards.

Estimated at $ 16.2 billion in FY19, India’s apparel exports fell by 1.2 per cent from FY18, which in turn was 4 per cent lower than the previous year.

Industry experts attribute the fall to the ever tightening pressure on the exports markets by higher shipments from low-cost competitors like Bangladesh and Vietnam.

However, the recent slowdown in global demand has also increased competition in the markets which has coincided with taxation changes in India.

Analysts say there was a 6-7 per cent impact on costs, which hurt profitability of garment makers too.

“A substantial drop in the import duty was observed after implementation of the GST which has encouraged cheaper imports.

“For imports from Bangladesh, there is a full exemption of basic customs duty and hence Chinese fabric is easily coming to India duty-free through Bangladesh in the form of garments,” said Sanjay Jain, chairman, Confederation of Indian Textile Industries.

The Central Board of Indirect Taxes and Customs (CBIC) had slashed duty drawback rates on cotton, man-made and blended garments.

“The new drawback rates are effective December 19. The policy support for the industry after GST has significantly declined by around 5.5 per cent,” the Apparel Export Promotion Council (AEPC) informed the finance ministry in a letter.

And despite the ministry nor industry bodies having requisite data, it is widely accepted that the promised 10 million jobs haven’t been created, three years after the imaginatively designed Rs 6,000-crore mega-package for textiles was rolled out.

The bulk of the planned capital outlay, about Rs 5,500 crore, was earmarked for an additional 5 per cent duty drawback for garments, that is, a refund of duties on imported inputs used to make export goods.

The more radical element was the increased government funding for provident funds of new employees.

Those earning less than Rs 15,000 per month would be given additional government funding for the first three years on the job.

Against the earlier 8.33 per cent, the employer’s contribution was raised to 12 per cent with the government providing an additional 3.67 per cent.

“We are set to create a database of total jobs in the sector, but data collection remains an issue since the majority of the sector remains concentrated in small and micro units,” a senior official at the Handloom Commissioners office said.

But textile is the most labour-intensive industry in the country and almost 65 per cent of total transactions were in physical form pre-demonetisation, he added.

This has also negated the chances of better salaries for workers and better opportunities for women, two prime focus of the government.

Hiring at firms has picked up since September last year but this is yet to make up for the massive demonetisation-induced lay-offs in most sub-sectors, said an AEPC official.

Lates News:
2019-06-09
Previous Post: Elizabeth Warren Has A Plan — And A Story
Next Post: Brit scaffolder sat with stunning Champions League streaker and got £130 after filming it