In and out: Joel Embiid was inches from forcing OT after a full-court heave rimmed out 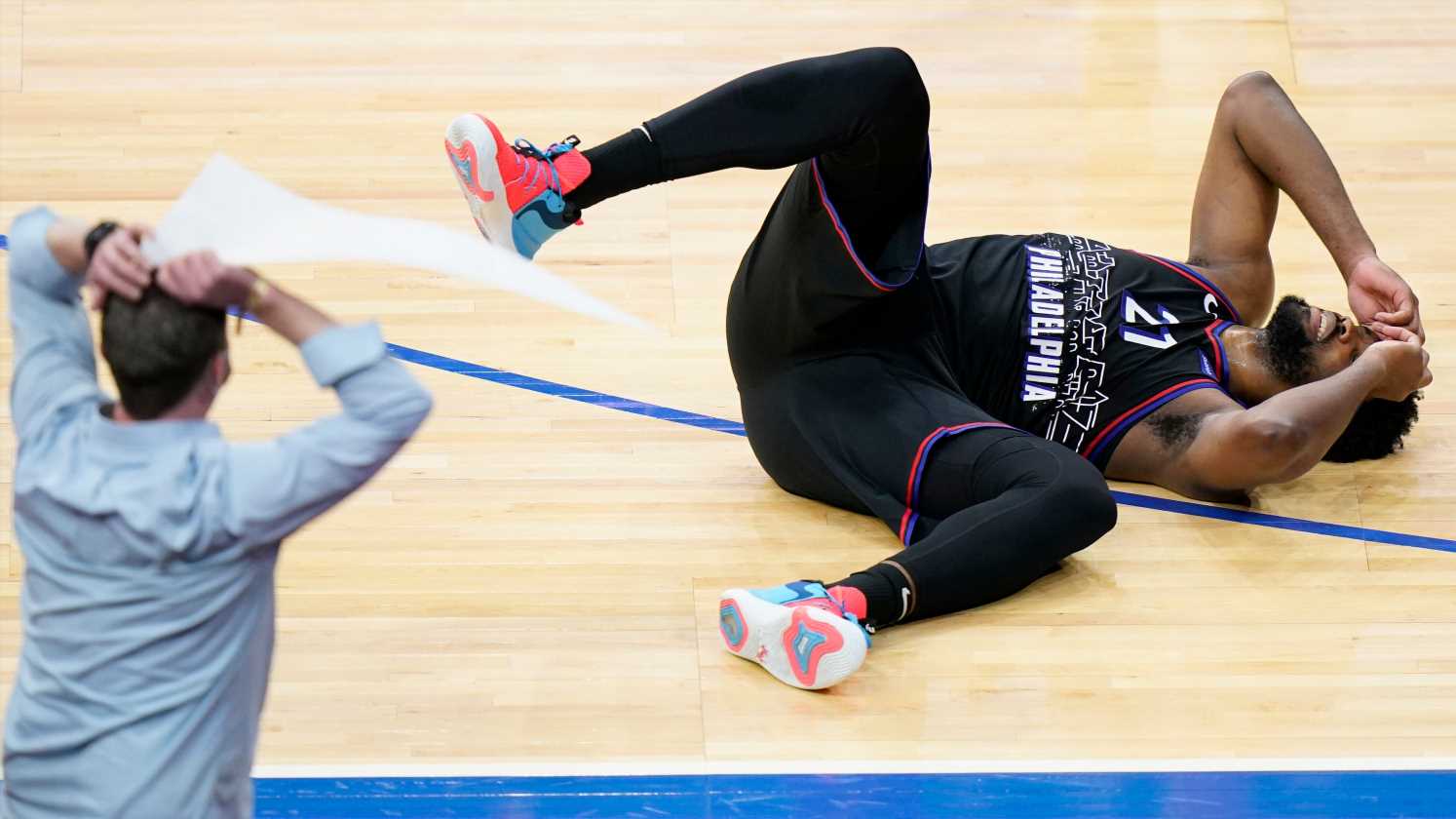 Some truly wild stuff can gain attention in the weird corners of NBA Twitter. This might have been the first time a missed shot was the talk of the night.

With the Suns up 115-113 with 0.8 seconds left, Chris Paul hit the first of two free throws. He missed the second off the front of the rim. Embiid grabbed the rebound, and in one quick motion, landed and fired a one-handed Hail Mary the length of the floor. He collapsed to the court with his head in his hands in disbelief when the ball hit glass, then off the rim twice and popped out.

Jaren Jackson Jr. on his first game with the Memphis Grizzlies after eight months recovering from meniscus surgery

The Brow is back

Anthony Davis is expected to make his long-awaited return Thursday when the Los Angeles Lakers face the Dallas Mavericks. Davis has been sidelined since Feb. 14 with a calf strain and tendinosis in his right leg and has missed the last 30 games. He said Wednesday his leg "feels good. I feel 100% healthy. I feel great, especially with the rest of these games left."

Lakers coach Frank Vogel said Wednesday that Davis will start but likely play only about 15 minutes. Vogel will give Davis time to ease back into the rotation, but his return is a boost for the Lakers with 14 games left in the regular season, especially since they're still unsure when LeBron James will be back from a sprained right ankle.

Game of the night: Sixers at Bucks

Two of the top contenders in the Eastern Conference open a two-game series in Milwaukee that could have an impact on playoff seeding. The season tiebreaker between the teams is on the line after the Bucks took the first meeting on March 17. The Sixers are clinging to the top spot in the East, a half-game ahead of the Nets. The Bucks are 3½ games out of first and could make a run at the No. 1 seed with one last late-season push.