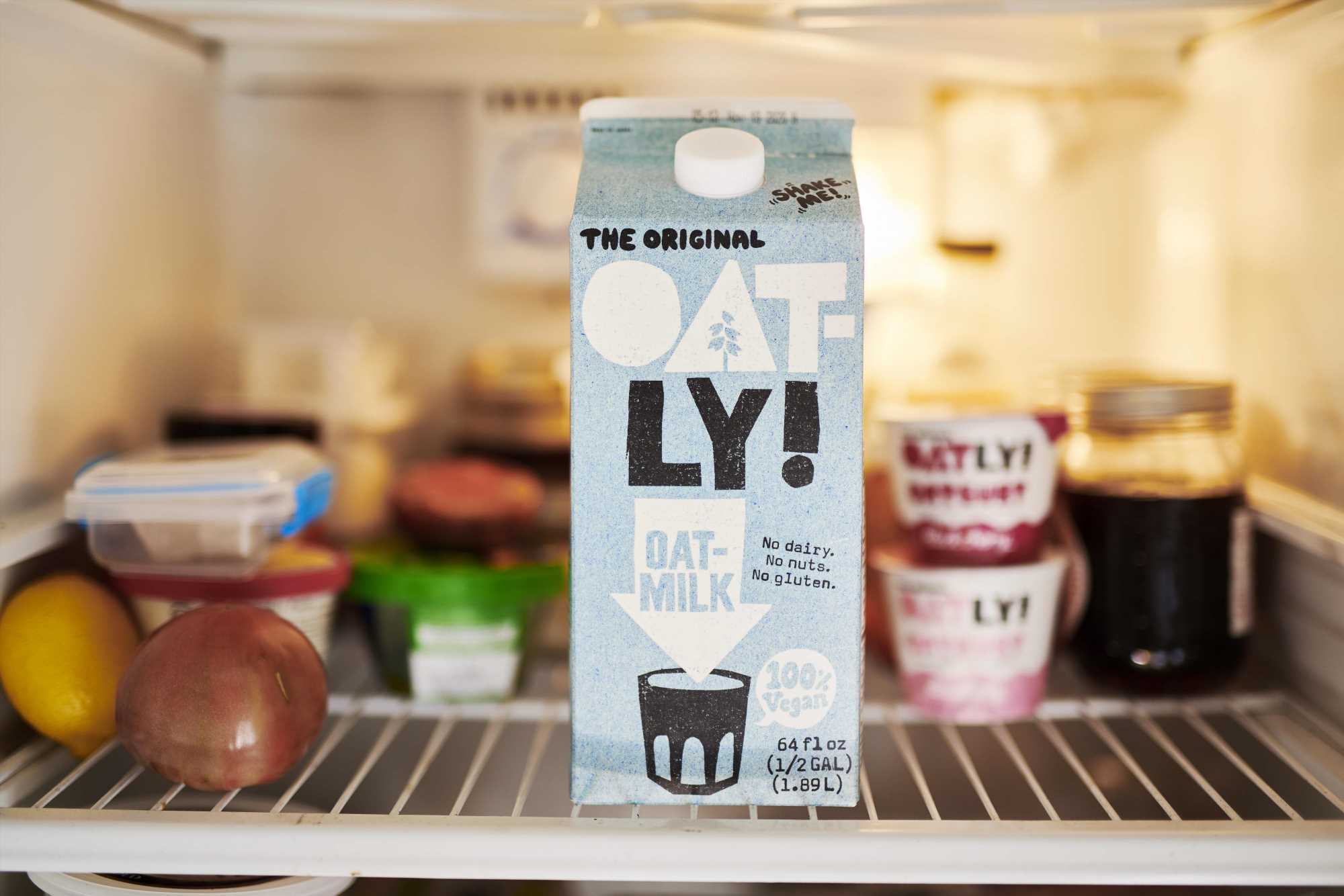 Oat milk company Oatly makes its market debut Thursday, after pricing its IPO at $17 a share. The company raised $1.4 billion, valuing it at $10 billion.

Oatly has become a popular new alt-milk in the United States — it can be found at Starbucks, and an investment group that includes Oprah Winfrey and former Starbucks CEO Howard Schultz invested $200 million in the company last year.

But while Oatly is pretty new to American consumers, the company and its signature product have been around for nearly three decades. Oat milk was invented in 1994 in Sweden by Oatly's founders, brothers Rickard and Bjorn Oeste, who were researching an alternative to cow's milk for people with lactose intolerance.

"Our founders just figured, okay, if vast majority of the world population are intolerant to milk why don't we make something that is actually designed for human beings not baby cows?" Oatly CEO Toni Petersson previously told CNBC Make It.

And for decades, that's where it languished. That is until Petersson came on as CEO in 2014.

Petersson gave Oatly a rebrand and set his sights on the America, where the plant-based milk market was growing.

First, he changed the logo, from having a small, red "Oatly" on the corner of the carton to bold block and bubble letters spelling out "OAT-LY!" front and center.

He also switched the packaging copy from Swedish to English so, no matter where it was sold, many people could read it. This allowed Oatly to reach not only the U.S., but a global audience.

Petersson also commissioned a report that highlighted how Oatly was better for the environment than dairy. (In its filing, Oatly says that "on average, a liter of Oatly product consumed in place of cow's milk results in around 80% less greenhouse gas emissions, 79% less land usage and 60% less energy consumption.")

And in what turned out to be a key move, Petersson debuted a special barista blend of Oatly oat milk.

Oatly knew convincing U.S. consumers to try, let alone buy, a new product would be a challenge, U.S. general manager Mike Messersmith told CNBC Make It. So as a way to introduce the plant-based milk to the U.S., Oatly sent representatives to high-end coffee shops in New York City to share the product with local baristas in person. Then the baristas could recommend and use oat milk with customers.

"We thought about specialty coffee shops and tea shops, where if you were able to take the recommendation of your local barista you see every day, and try our product through an expertly prepared latte or cappuccino that would be a really amazing way to kind of be introduced to even just the idea of oat milk," Messersmith said.

It worked. By the end of 2017, Oatly was being served in about 650 coffee shop locations.

From 2018 to 2019, sales of oat milk skyrocketed from $6 million to nearly $40 million, Genevieve Aronson, VP of communications at Nielsen, told CNBC Make It.

"We were a bit unprepared and taken by surprise by the massive hype around the brand," Petersson says.

As of Dec. 31 2020, Oatly products can be found in approximately 8,500 retail shops and approximately 10,000 coffee shops in the United States, according to the company's SEC filing.

Today, oat milk is the second largest dairy alternative following almond milk. Plant-based milk accounts for 15% of all dollar sales for retail milk, according to market research from the Good Food Institute.

Sign up now: Get smarter about your money and career with our weekly newsletter