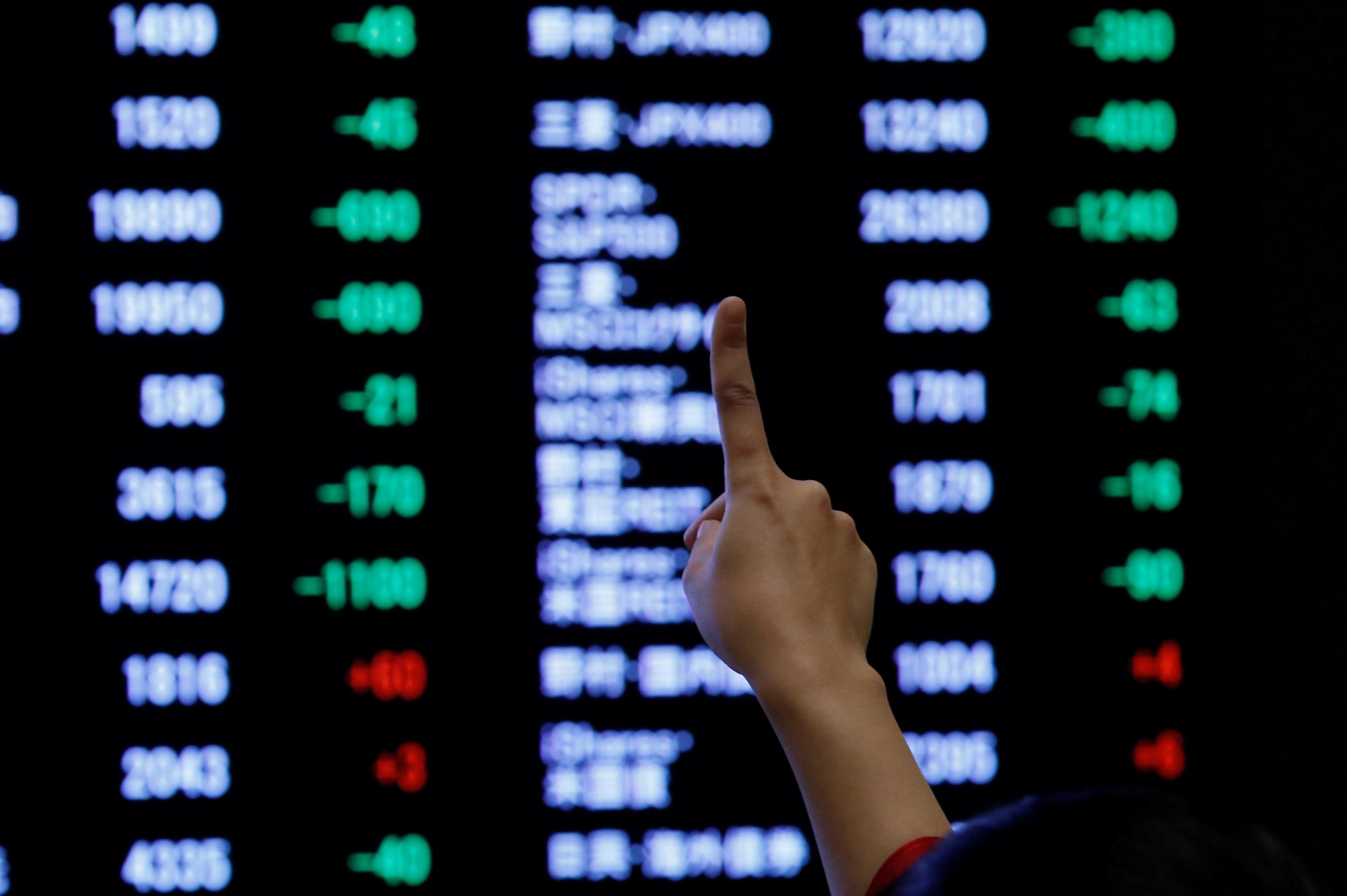 Hopes that the United States and China will clinch a deal on the sidelines of a Group of 20 summit meeting in Osaka on June 28-29 have been fading, also hurting sentiment and driving bond yields down.

“There’s not even a plan of ministerial-level bilateral meetings ahead of the G20 summit. You can’t expect any major agreement,” said Hirokazu Kabeya, chief global strategist at Daiwa Securities.

The selling pressure in Hong Kong came after a mass demonstration against legislation that would allow citizens to be extradited to China triggered a mass protest and some of the worst unrest seen in the territory since Britain handed it back to Chinese rule in 1997.

Oil hovered near five-month lows, pressured by another unexpected rise in U.S. crude stockpiles, as well as the bleaker outlook for demand posed by prospects of a protracted trade war between China and the United States.

Brent crude futures barely moved at $60.06 in early trade after a 3.7% slide on Wednesday to $59.97 a barrel, the international benchmark’s lowest close since Jan. 28.

U.S. West Texas Intermediate crude futures stood at $51.12 per barrel, compared to the previous day’s close of $50.72 a barrel, its weakest settlement since Jan. 14.

“It is a bit of mystery that oil prices are so low when global stock prices remain relatively supported. But one thing is certain. Weaker oil prices will curb inflation and boost rate cut expectations,” said Daiwa’s Kabeya.

Government data showed on Wednesday U.S. consumer prices barely rose in May, with the core annual inflation slowing to 2.0%, compared to a peak of 2.4% last July, adding to the growing expectations of a Federal Reserve rate cut in coming months.

Investors will be looking to what Fed policymakers will say after its next policy meeting on June 18-19, with Fed Funds rate futures pricing in a 25-basis-point rate cut for the subsequent policy review on July 30-31.

In Australia, long known for its high-yield currency, yields fell to record lows, with three-year yield now slipping below 1 percent.

The euro stood little changed at $1.1293, having taken a hit on Wednesday after U.S. President Donald Trump said he was considering sanctions over Russia’s Nord Stream 2 natural gas pipeline project and warned Germany against being dependent on Russia for energy.

The British pound is on the back foot after British lawmakers defeated an attempt led by the opposition Labour Party to try to block a no-deal Brexit by seizing control of the parliamentary agenda from the government.