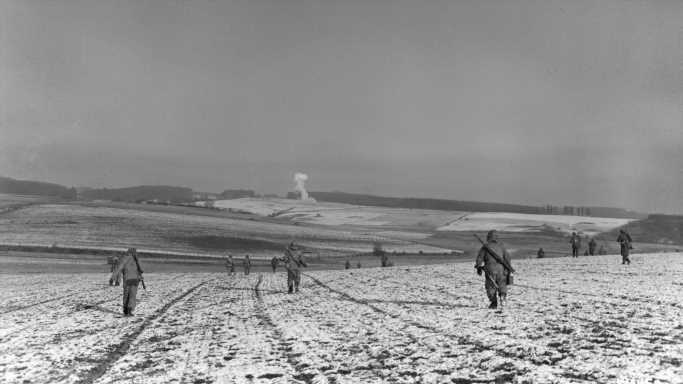 The U.S. has been involved in constant warfare since the Sept. 11, 2001 attacks. The country’s longest-running war in its history ended only last year with the withdrawal of troops from Afghanistan after more than 20 years. The U.S. has also been engaged in direct military activities in Libya, Syria, Iraq, central African nations, and others.

From a historical perspective, these recent conflicts are no match to the historical significance of the most famous battles of American military history. Not since the Battle of Iwo Jima in 1945, which killed 7,000 U.S. Marines and wounded 20,000 over 37 days, has there been a battle with as much at stake. (These are the deadliest battles in U.S. history.)

To determine the most famous battles in American war history, 24/7 Wall St. reviewed historical sources like the American Battlefield Trust and Encyclopedia Britannica. Five battles from the Revolutionary War, Civil War, and the World Wars were selected based on their scope and strategic importance to the wars overall. Battles are listed in chronological order.

The military engagements that helped to define America started with the six-year American Revolution that pushed the British and Continental armies to the brink. The most famous battles that birthed the United States involved some of the more well-known historical figures in U.S. history: the silversmithing patriot Paul Revere, the hero-turned-traitor Benedict Arnold and, of course, George Washington.

Less than a century later, America turned its guns on itself, costing 620,000 soldiers’ lives while liberating 3.9 million enslaved African Americans. A number of battles in that conflict were instrumental in preserving the Republic.

Though the most famous battles of World War I did not involve U.S. troops, a few key battles (as well as the constant attacks by the Germans against U.S. merchant vessels) encouraged President Woodrow Wilson and Congress to declare war on the German Empire in 1917, delivering American troops to blood-stained European soil to help the Allies beat the Kaiserreich.

Then came World War II, and with it America’s greatest moment in military history with stunning but costly victories on two global fronts. (These are the 18 biggest battles of World War II.)

Here are the most famous battles of the Revolution, Civil War, WWI, and WWII