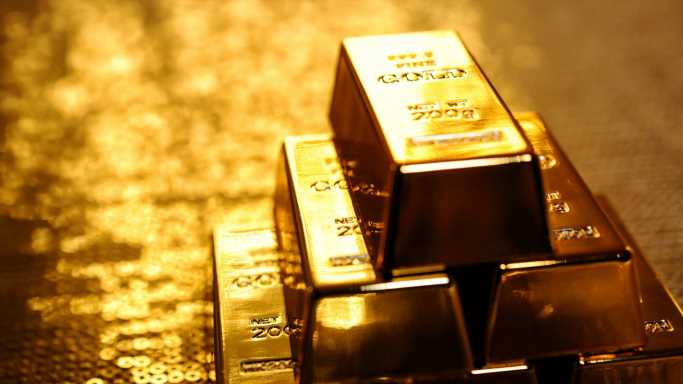 The World Gold Council (WGC) released its midyear outlook Thursday morning, and after a few remarks warning of inflation, currency debasement and shifting asset allocation strategies, had this to say about the prospects for gold in the second half of 2021: “Combined with attractive entry levels, this could prompt strategic investors to add gold to portfolios as well as support central bank buying in H2.”

In a separate report on the flow of funds into gold exchange-traded funds (ETFs), the WGC reported that $30.7 billion flowed out of global gold ETFs in the first half of the year. Inflows of $23.9 billion resulted in a net outflow of $6.8 billion or 3% of total assets under management (AUM).

Three of the top five performing ETFs for the first half of the year were based in Germany, one was based in France, and the fifth, the SPDR Gold MiniShares Trust (GLDM), is based in the United States. Only one other U.S.-based ETF, the Sprott Physical Gold Trust (PHYS), made the top 10 list. Inflows to GLDM totaled $604.6 million (15.1% of AUM) and inflows to PHYS totaled $157 million (3.2% of AUM). The ETF enjoying the highest inflow was Stuttgart-traded Xtrackers IE Physical Gold ETC, with a total inflow of $1.65 billion (610.4% of AUM) in the first half of the year.

For more details and the WGC methodology, see the second-quarter report.

Lates News:
2021-07-08
Previous Post: Covid cases in England are THIRTEEN times higher in young than old
Next Post: Why you should prepare for student loan payments to resume—even if Biden extends the pause