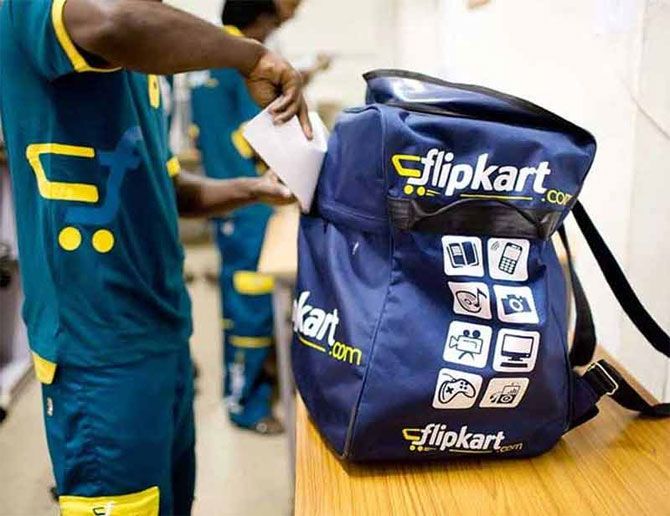 It competes with Amazon and other online grocers such as Bigbasket, Grofers, Swiggy and Google-backed Dunzo, which are all in a fierce battle with each other to dominate this space.

Of the entire retail market in the country, grocery comprises 60 per cent.

Analysts estimate its size would be anywhere between $400 billion and $600 billion. It has the potential to cross $700 billion by 2022.

“With Flipkart Supermart, we see tremendous potential for us to leverage our expertise in logistics and technology to give customers the maximum savings, convenience, quality, and breadth of selection,” said Manish Kumar, head of grocery at Flipkart.

“Our grocery business has grown phenomenally over the past year, making this the right time for us to bring our seamless shopping experience to Mumbaikers,” said Kumar.

At present, Flipkart delivers in 91 pincodes in Mumbai, which represents 75 per cent of the city’s serviceable pincodes, covering western and central suburbs and Navi Mumbai.

With the launch of Supermart in western India, Flipkart said it expected to collaborate with farmers, producer organisations and local micro, small and medium enterprises to create a sustainable ecosystem and add jobs.

The company has set up a separate supply chain for groceries in Mumbai, which includes fulfillment centres and a last-mile delivery network that are custom-designed to solve for some of the unique challenges the city poses.

As part of the launch, the firm said Flipkart Supermart promised free delivery on orders above Rs 600 and also Re 1 deals – a concept pioneered by Flipkart.

Built from scratch to cater for grocery-specific needs, the firm said Flipkart Supermart offered goods delivery at doorstep at a preferred time slot.

The products come with ‘best before date’, which is present for each item on the display page.

According to the company, it provides a grocery shopping experience that is customised for enabling users to buy multiple items and get direct access to offers, quick buys and top deals.

Select customers have access to an offering where they can keep on buying groceries and pay by the 10th of next month.

The platform also allows customers to verify products at the time of delivery and can return individual products.

The category can be accessed through Flipkart’s Android and iOS mobile apps as well as its desktop and mobile websites.

In February, food-delivery start-up Swiggy announced it would deliver groceries through its new service, Swiggy Stores.

Swiggy was already piloting the initiative in Gurugram, and had tied up with 3,500 local stores and merchants to launch the service across all major cities in the country.

It spent nearly Rs 18 lakh on public service advertisements on the importance of voting.

This makes it the biggest spender after the Bharatiya Janata Party (BJP). Facebook makes available a weekly list of the biggest spenders on advertisements on issues of political or national importance as part of its transparency policies.

The latest data is for the week between April 28 and May 4.

Flipkart is one of two entities in the top five list for public service advertisements.

This marks an interesting departure from previous weeks when political parties largely dominated the top spenders.

The two companies spent on public service advertisements asking people to vote, than by the majority of campaigning parties spent on seeking votes for themselves.

The Indian National Congress and the All India Trinamool Congress were third and fourth respectively in the weekly top five list of Facebook advertisers.

This could well be because spending has slowed down as elections have wound down.

But the BJP appears to be the biggest spender so far.

Four out of the top five pages in terms of money spent on political advertising endorse the BJP or its candidates.

The top search-terms for the week include the ‘BJP’, ‘Congress Party Punjab’ and ‘Modi’.

The total amount spent on political advertising is Rs 22.86 crore on Facebook. The total number of such advertisements is 103,700.

The BJP seems to be driving a lot of the incremental spending here as well.

Spending was flat for all the other four in the top-five list.

They include Tamil Nadu’s Dravida Munnetra Kazhagam. The Yuvajana Sramika Rythu Congress Party from Andhra Pradesh and Telangana also features on the list.

Unlike Flipkart and Venus Crème, their spending seems focused on political promotion.