Fed minutes show rates on hold; not clear what would change that

WASHINGTON (Reuters) – An increasingly divided Federal Reserve that decided to hit pause in its easing cycle following a rate cut at its October meeting offered little guidance on what would cause policymakers to change their minds on the outlook, minutes of the central bank’s last policy meeting showed. 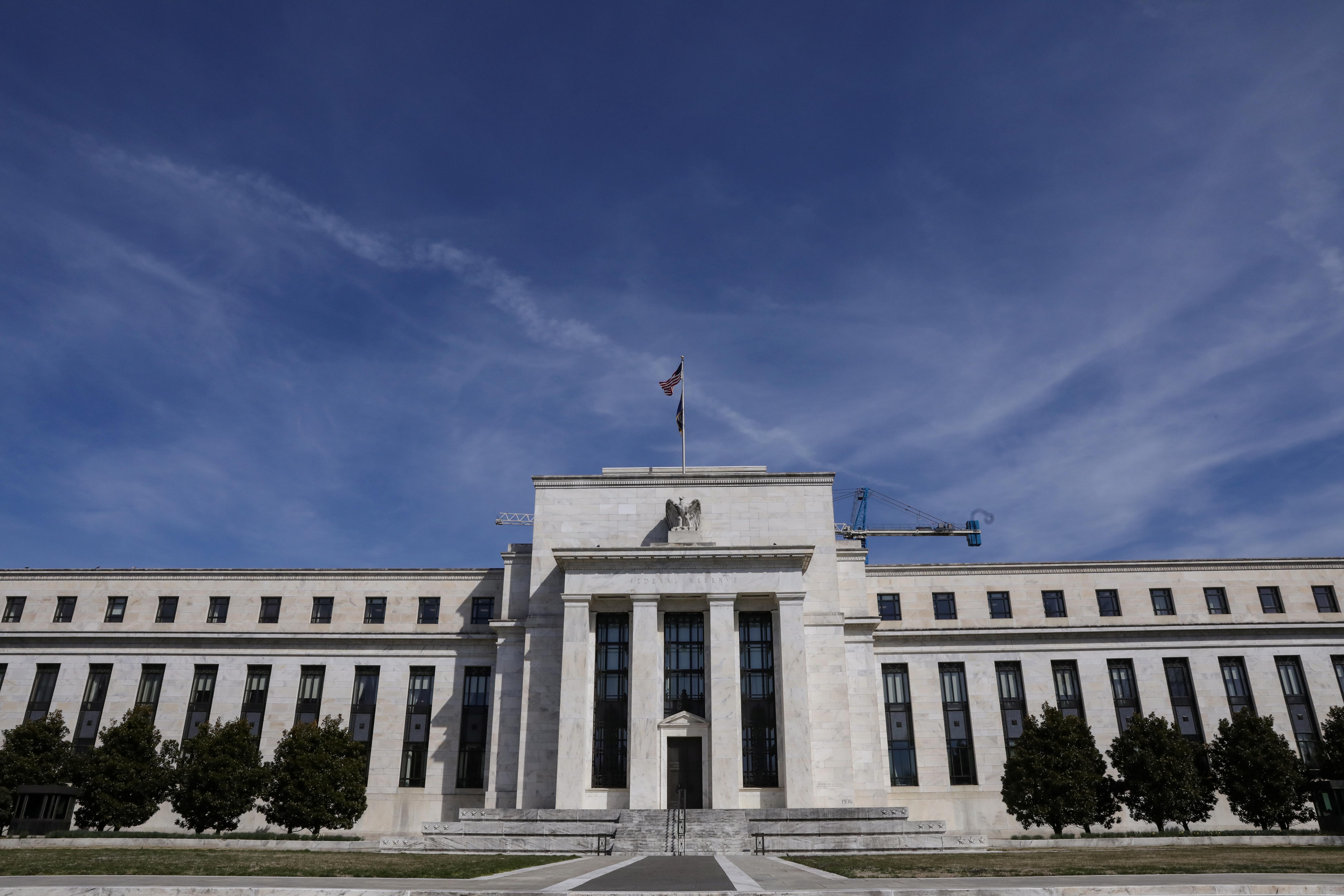 The readout released on Wednesday of the Oct. 29-30 policy discussion, at which the Fed voted 8-2 to lower interest rates by a quarter percentage point, also showed policymakers further discussed the possibility of setting up a standing repo facility in the wake of recent ructions in short-term money markets.

“Most participants judged that the stance of policy, after a 25 basis point reduction at this meeting, would be well calibrated to support the outlook of moderate growth, a strong labor market and inflation near the committee’s symmetric 2% objective,” the Fed said in the minutes.

Following the meeting, Fed Chair Jerome Powell signaled the Fed was effectively on hold with interest rates and said that would only change if there was a “material” change in the U.S. economic outlook.

That phrasing, absent from the policy statement at the time, indicated that October’s reduction in borrowing costs to a target range of between 1.50% and 1.75%, would be the last rate move over the short term.

The Fed has cut interest rates three times this year. The cuts have been positioned as “a mid-cycle adjustment” to help shield the U.S. economy from the effects of the U.S.-China trade war and slowing global growth, which have hurt manufacturing, business investment and exports.

In the minutes, there was little discussion of what a “material” reassessment would involve, bar two policymakers who wanted the Fed to make plain that another rate cut would be unlikely in the near term unless there was a significant slowdown in the pace of economic growth. Dallas Fed President Robert Kaplan has since said the price of his support was such a statement being made.

The Fed is forecasting the economy growing 2.2% this year, slightly above its potential, which the central bank estimates at around 2%.

While economic growth has slowed this year, fears that sectoral weakness could spread to the wider economy have not materialized as it continues to expand at a moderate pace with unemployment near a 50-year low and consumer spending, which accounts for roughly 70% of U.S. economic activity, still holding up.

That dissonance has left the committee increasingly divided. Boston Fed’s Eric Rosengren and Kansas City Fed’s Esther George voted against October’s rate cut and since the meeting several other non-voting policymakers have said they were against the October decision.

“Many participants judged that an additional modest easing at this meeting was appropriate in light of persistent weakness in global growth and elevated uncertainty regarding trade developments,” the minutes said.

By contrast, “some” policymakers were against the reduction, viewing the economic outlook as still favorable, inflation moving back to the Fed’s goal and “in light of lags in the transmission of monetary policy, preferred to take some time to assess the economic effects of…previous policy actions.”

Regarding a standing repo facility, many policymakers said it “could serve as a useful backstop” to support the federal funds rate in the event of a shock, but also noted there may be little need for one once ample reserves have been established. No final decision was taken at the meeting.

The Fed has one more interest-rate setting meeting before the end of the year, on Dec.10-11, but investors now see the Fed keeping interest rates unchanged until at least mid-2020.