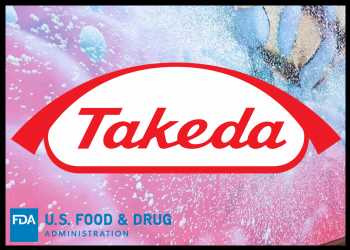 The U.S. Food and Drug Administration has approved Takeda Pharmaceuticals Co. Ltd.’s Livtencity (maribavir) as the first drug to treat post-transplant cytomegalovirus or CMV in adults and pediatric patients.

The approval is to treat patients 12 years of age and older and weighing at least 35 kilograms with post-transplant CMV infection/disease that does not respond, with or without genetic mutations that cause resistance, to available antiviral treatment for CMV.

CMV, a type of herpes virus, commonly causes infection in patients after a stem cell or organ transplant. The infection can lead to CMV disease and have a major negative impact on transplant recipients, including loss of the transplanted organ and death.

The FDA noted that Livtencity’s safety and efficacy were evaluated in a Phase 3, multicenter, open-label, active-controlled trial. In the trial, Livtencity was compared with a treatment assigned by a researcher running the study, which could include one or two of the following antivirals used to treat CMV: ganciclovir, valganciclovir, foscarnet or cidofovir.

In the study, 352 transplant recipients with CMV infections who did not respond -with or without resistance- to treatment randomly received Livtencity or treatment assigned by a researcher for up to eight weeks.

The most common side effects of Livtencity include taste disturbance, nausea, diarrhea, vomiting and fatigue.

The agency added that Livtencity may reduce the antiviral activity of ganciclovir and valganciclovir, so coadministration with these drugs is not recommended.

John Farley, director of the Office of Infectious Diseases in the FDA’s Center for Drug Evaluation and Research, said, “Transplant recipients are at a much greater risk for complications and death when faced with a cytomegalovirus infection. Cytomegalovirus infections that are resistant or do not respond to available drugs are of even greater concern.”