Fauci's 2,000 emails a day show how little U.S. officials knew in the early days of the Covid pandemic 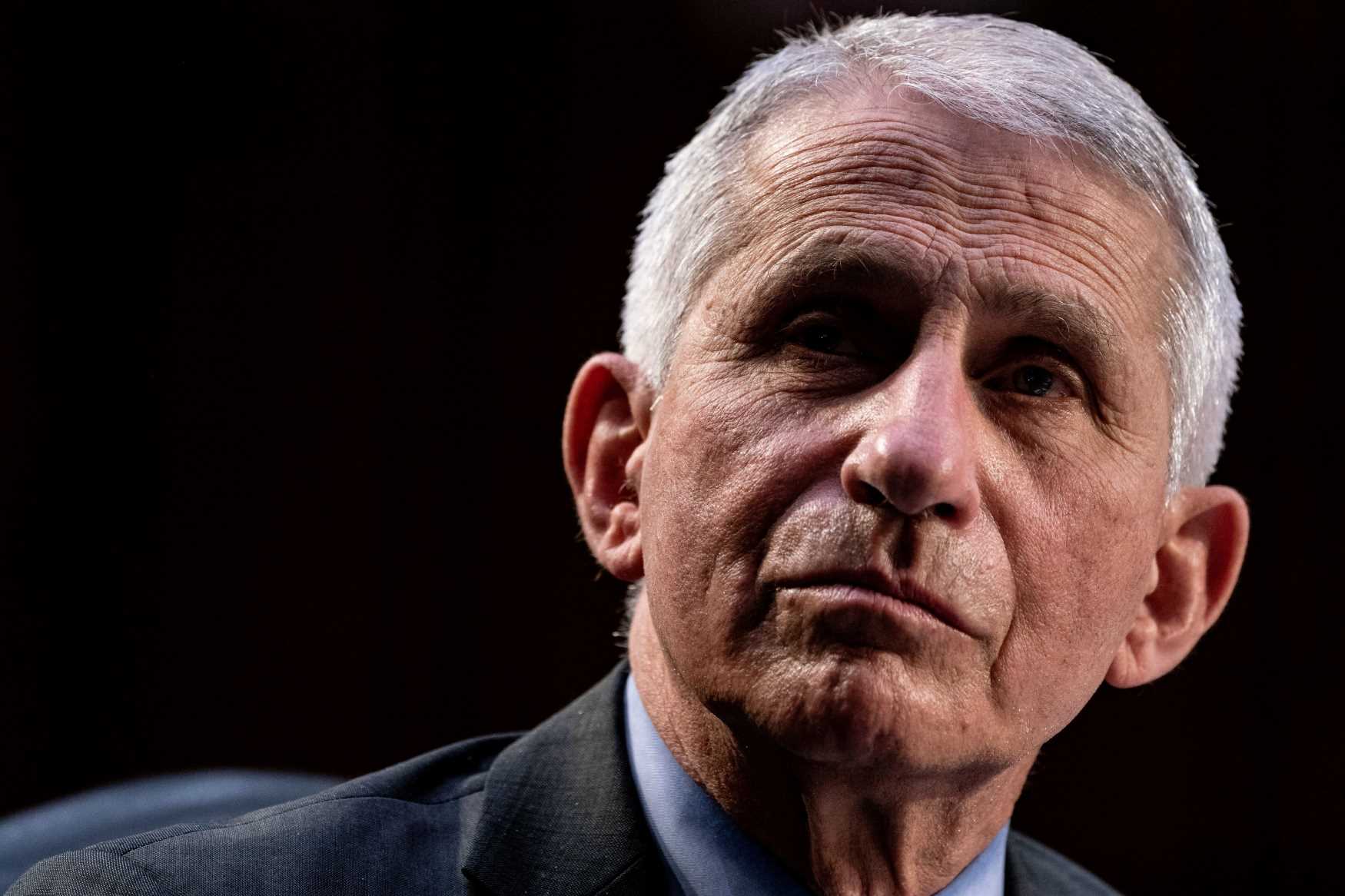 On April 12, 2020, an official at the National Institutes of Health emailed Dr. Anthony Fauci, the nation's top infectious disease expert, and then CDC Director Dr. Robert Redfield fretting about the increasing hostilities between the U.S. and World Health Organization over the coronavirus pandemic.

"I am concerned about the recent fight between the US and WHO because it may adversely impact the current global efforts in controlling the spread of COVID-19," said the email, which also raised questions about the accuracy of China's Covid-19 case and fatality data.

Fauci responded: "This pandemic has been extremely challenging for many countries around the globe including China and the USA. I can only say that I (and I am sure that Bob Redfield feels the same way) prefer to look forward and not to assign blame or fault."

"There are enough problems ahead that we must face together," he added.

The message from the NIH official, whose name is redacted, was made public as part of a dump of thousands of Fauci's emails from the first half of 2020, which were obtained by BuzzFeed News and other media outlets through the Freedom of Information Act. As director of the National Institute of Allergy and Infectious Diseases within NIH, Fauci was at the center of the storm.

The anxious note, and Fauci's ominous reply, illustrate the chaos of the moment.

Slow to start, China now vaccinating against Covid at a staggering pace

Covid cases and deaths in the U.S. had climbed to terrifying new highs since Trump declared the pandemic a national emergency a month before. State leaders had issued draconian lockdown orders, upending millions of lives and prompting an economic freefall. Testing, social distancing and contact tracing were in their infancy, hospitals were overwhelmed, crucial protective equipment was running short and vaccines had yet to be developed.

The president, who in January and February heaped praise on China's response to the outbreak of the emergent virus, had sharply reversed his tone, slamming the WHO and Beijing and blaming both for the crisis.

Fauci had been receiving emails from people saying that a pandemic appeared likely in the days and weeks before the WHO's official declaration on March 11, 2020.

Some asked him whether they should cancel large, in-person events, while others spitballed ideas for potential treatments and solutions to the outbreak. Some asked whether he thought Americans were adequately prepared.

Fauci showed patience, diplomacy and diligence in his often late-night replies to high-level U.S. officials, famous performers and everyday people. The emails also show the tremendous physical and sometimes emotional toll the pandemic was taking on Fauci, who had become one of the most trusted sources of information on Covid-19 under a sometimes disjointed response under the Trump administration.

On Feb. 18, 2020, Fauci received an email from an apparent old acquaintance who asked if he was in town for a potential meet-up over the weekend. Fauci apologized, writing that he would not be able to connect and asked if they could meet some other time as he was working nonstop.

"The White House and HHS have me going 24/7 including Saturday and Sunday with the coronavirus crisis. I have seen my wife … for a total of about 45 minutes over the past 10 days," he wrote. "I hope that you understand."

By late March, when the U.S. had a little over 153,000 Covid cases, Fauci apologized for taking so long to get back to another old friend, saying he was receiving more than 2,000 emails a day. In a separate email a few days later to Dr. J. Larry Jameson, a fellow physician at the University of Pennsylvania, Fauci said he was "completely swamped" and was getting "3 to 4 hours sleep per night."

His emails are peppered with pitches from people of widely varying levels of expertise offering their best guesses for how to deal with the ongoing crisis.

One person who reached out in early March, describing himself as "neither a physician or a scientist," suggested that the government expose U.S. adults to other known and "less lethal" coronaviruses to try to develop some level of immunity against the new virus.

Quilter Ami Simms reached out in mid-March to offer her services to the NIH in making a pattern for face masks. She said she's mobilized quilters for other causes in the past and there were "millions of sewers who would be delighted to step up and help right now."Fauci forwarded the email to Dr. Andrea Lerner, a top medical officer at his agency.

"Please read this and figure out what the heck he is talking about and act according to your judgment," Fauci wrote in a March 7, 2020 email to an NIH official, referring to a message he received making claims about a "game-changer" for Covid detection.

The varied advice and questions Fauci received over those early months showed just how much leading U.S. and international scientists, including Fauci himself, didn't know about Covid at the beginning of the pandemic.

The question of masks came up early and often and some of Fauci's advice later proved to be wrong.

In a Feb. 5, 2020 email to American University President Sylvia Burwell, who served as HHS secretary under former President Barack Obama, Fauci advised her against wearing a mask at the airport. "The typical mask you buy in the drugstore is not really effective at keeping the virus out, which is small enough to pass through the material," he wrote.

Chinese immunologist George Gao reached out to Fauci in late March to apologize for criticizing the U.S. mask policy. "How could I say such a word 'big mistake' about others? That was the journalist's wording. Hope you understand," Gao wrote on March 28.

The U.S. wouldn't change its mask guidance until July.

Some of the email chains also turned out to be eerily prophetic.

Washington Post columnist Michael Gerson reached out to Fauci March 2, 2020 when there were 91 confirmed cased in the U.S., saying NIH Director Dr. Francis Collins told him that 5% to 20% of the country could get infected with Covid.

"A pandemic now appears likely," he said. "Depending on the mortality rate, this could result in hundreds of thousands of deaths," he wrote. Fauci said he was correct. Even if the mortality was 1% and just 5% of the U.S. population got it it, "we could have a few hundred thousand deaths," he responded at 6:11 a.m.

A Feb. 1 email from Fauci's deputy director at National Institute of Allergy and Infectious Diseases, Hugh Auchincloss, indicates the agency was trying to determine whether it was involved in so-called gain of function research at the Wuhan Institute of Virology. The lab has since been thrust into the spotlight on the debate over the origins of the virus after media reports surfaced that at least three researchers there had become sick enough from a Covid-like infection in Nov. 2019 to seek hospital treatment.

Fauci had sent Auchincloss a 2015 study published in Nature Medicine titled "A SARS-like cluster of circulating bat coronaviruses shows potential for human emergence." The study was funded in part by the NIAID and had multiple authors mostly from prestigious U.S. institutions. One of them, however, was based at the Wuhan institute where researchers were using the controversial style of research, which takes a pathogen and makes it more deadly or contagious to study ways to combat it.

"The paper you sent me says the experiments were performed before the gain of function pause but have since been reviewed and approved by NIH. Not sure what that means since Emily is sure that no Coronavirus work has gone through the P3 framework. She will try to determine if we have any distant ties to this work abroad."

U.S. President Joe Biden last month said he ordered U.S. intelligence agencies to conduct a deep dive into the origins of Covid, saying it was equally likely that it emerged from nature or leaked out from a lab.

A well-respected infectious disease expert in scientific circles, Fauci's high-profile role and no-nonsense style as the leading authority on the pandemic made him a household name – and a reluctant pop-culture icon, his emails show.

"I could not have even begun to make this up," Fauci wrote on April 10 regarding an article in The Atlantic describing his rapid ascent to "heartthrob" status amid the pandemic.

"Our society is really totally nuts," Fauci wrote in reaction to a similar piece documenting "Fauci Fever" and the online "sexualization" of the now-80-year-old virologist.

His face was branded on clothing, food and drinks, and he was referenced constantly both in the news and entertainment media. Fauci in a March 31 email reacted to a Washington Post article about his "cult following," calling it "truly surrealistic."

"Hopefully this all stops soon," Fauci wrote. He added in a follow up: "It is not at all pleasant, that is for sure."

But the records show Fauci was flattered by at least one portrayal of him: Brad Pitt's version on Saturday Night Live. "Pitt was amazing," Fauci wrote to a colleague on April 27. "One reviewer of the SNL show said that Pitt looked 'exactly like me.' That statement made my year."

"Now, you also have the answer on who would play you in the movie," replied Tara Schwetz, the associate deputy director of the NIH. Fauci indulged in the idea: "You could play the role of my medical school girlfriend, which would give you the possibility of working with Brad Pitt."