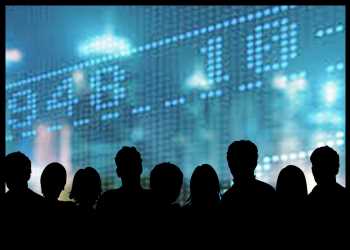 European stock markets are expected to open on a negative note on Friday amidst a negative sentiment worldwide driven by fears the Fed would be willing for a fierce combat against inflation. The strength of the U.S. economy as revealed in the latest data release on retail sales is seen goading the Fed to tone up its anti-inflationary monetary policy stance. The surge in China’s industrial output as well as the energy situation in Europe is also likely to influence market sentiment over the day’s trade.

The Wall Street had also closed with losses on Thursday amidst the strong retail sales numbers. Markets perceive the unexpected 0.3 percent growth in Retail Sales versus the 0.4 percent decline in the previous month, as increasing the headroom available for Fed to step up its fight against inflation. Nasdaq Composite dropped 1.43 percent to close at 11,552.36 and the Dow Jones Industrial Average shed 0.56 percent to end at 30,961.82.

U.S. Dollar Index, which measures the strength of the Dollar against a basket of six currencies hovered close to the flatline and is currently at 109.74. The EUR/USD pair has weakened 0.09 percent to 0.999, while the GBP/USD pair has edged down 0.04 percent to 1.1458.

Asian markets are trading mostly lower, in the backdrop of losses in Wall Street on Thursday. Australia’s S&P ASX 200 is trading more than 1.5 percent lower. Japan’s Nikkei 225, South Korea’s KOSPI and India’s Nifty 50 have all shed more than 1 percent. China’s Shanghai Composite is also trading almost 1 percent lower. Hong Kong’s Hang Seng is down more than half a percent. New Zealand’s NZX 50 has edged down 0.25 percent.

August’s Retail Sales numbers are expected from U.K before market opening. Retail Sales is seen declining 0.5 percent versus the growth of 0.3 percent recorded in the month of July.