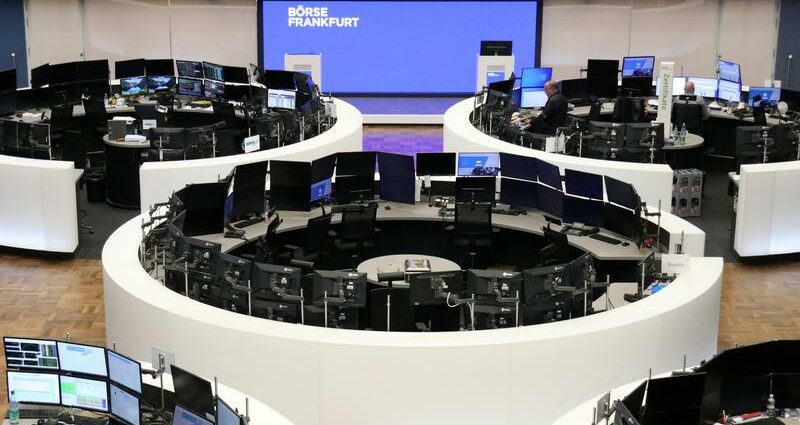 SAP rose 4.5% after it raised its full-year outlook for a third time following a strong quarterly showing as more customers shift their IT operations to the cloud.

French luxury goods maker LVMH added 1.5% as sales at its fashion and leather goods division rose strongly in the third quarter but overall revenue growth in Asia and the United States eased after a stellar first-half performance.

Kaloyan, however, added that third-quarter earnings season “will be the moment of truth for margin and pricing power stories.”

Worries about central banks exiting their pandemic-era stimulus, a global energy crunch and signs of elevated prices have all dampened the outlook for economic recovery, keeping the STOXX 600 nearly flat on the month after stumbling 3.4% in September.

Third-quarter profit for STOXX 600 companies is seen rising 46.7%, as per Refinitiv IBES data, after a 152.6% in the previous quarter, with energy and industrial companies driving the biggest gains.

Meanwhile, investors will be tracking U.S. inflation data due later in the day for cues on the Federal Reserve’s monetary policy outlook.

Online food ordering and delivery service Just Eat Takeaway.com was the biggest decliner on STOXX 600, down 4.2%, after its third-quarter orders fell short of analysts’ estimates.

Apple Inc suppliers including STMicroelectronics and AMS slipped after Bloomberg reported that iPhone 13 production is likely to be slashed.

Britain’s biggest housebuilder Barratt Developments added 4.3% after it said that forward sales for the past three months had risen above pre-pandemic levels.

Shares in other homebuilders Persimmon, Taylor Wimpey and Berkeley Group rose between 2% and 4%.