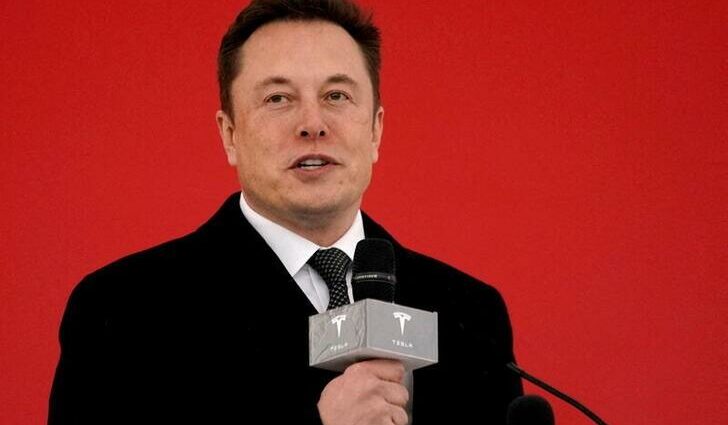 NEW YORK (Reuters) -Elon Musk on Wednesday appealed a judge’s refusal to end his 2018 agreement with the U.S. Securities and Exchange Commission requiring a Tesla Inc lawyer to vet some of his posts on Twitter.

According to a court filing, Musk will ask the 2nd U.S. Circuit Court of Appeals in Manhattan to overturn the April 27 decision by U.S. District Judge Lewis Liman allowing his consent decree with the SEC to stand. The SEC declined to comment.

The decree resolved an SEC lawsuit accusing Musk of defrauding investors by tweeting on Aug. 7, 2018, that he had “funding secured” to take his electric car company private, though a buyout was not close.

Musk agreed to let a Tesla lawyer screen tweets that might contain material information about the company. He and Tesla each also paid $20 million in civil fines, and Musk gave up his role as Tesla chairman.

The SEC later opened a probe and subpoenaed documents concerning Musk’s and Tesla’s compliance with the decree, after Musk asked followers in a Nov. 6, 2021 tweet whether he should sell 10% of his Tesla stake to cover tax bills on stock options.

Musk argued that the decree and subpoena undermined his constitutional right to free speech, and accused the SEC of trying to launch “endless, boundless investigations of his speech.”

Liman, however, rejected Musk’s arguments, finding it “wholly unpersuasive” that Musk, already one of the world’s richest people in 2018, settled to avoid economic duress.

The judge said Musk cannot escape the decree by “bemoaning that he felt like he had to agree to it at the time but now—once the specter of the litigation is a distant memory and his company has become, in his estimation, all but invincible—wishes that he had not.”

Musk, the world’s richest person according to Forbes magazine, is trying to buy Twitter Inc for $44 billion.

He has called himself a “free speech absolutist” who wants to change the company’s speech moderation policies. He has also said his “funding secured” tweet was truthful.

Lates News:
2022-06-15
Previous Post: He predicted US inflation would rise. Hear what he thinks about a recession
Next Post: Bitcoin, Ethereum Price Down Over 30% This Week, Terra Classic (LUNC) Overtakes Terra 2.0 (LUNA) in Market Cap